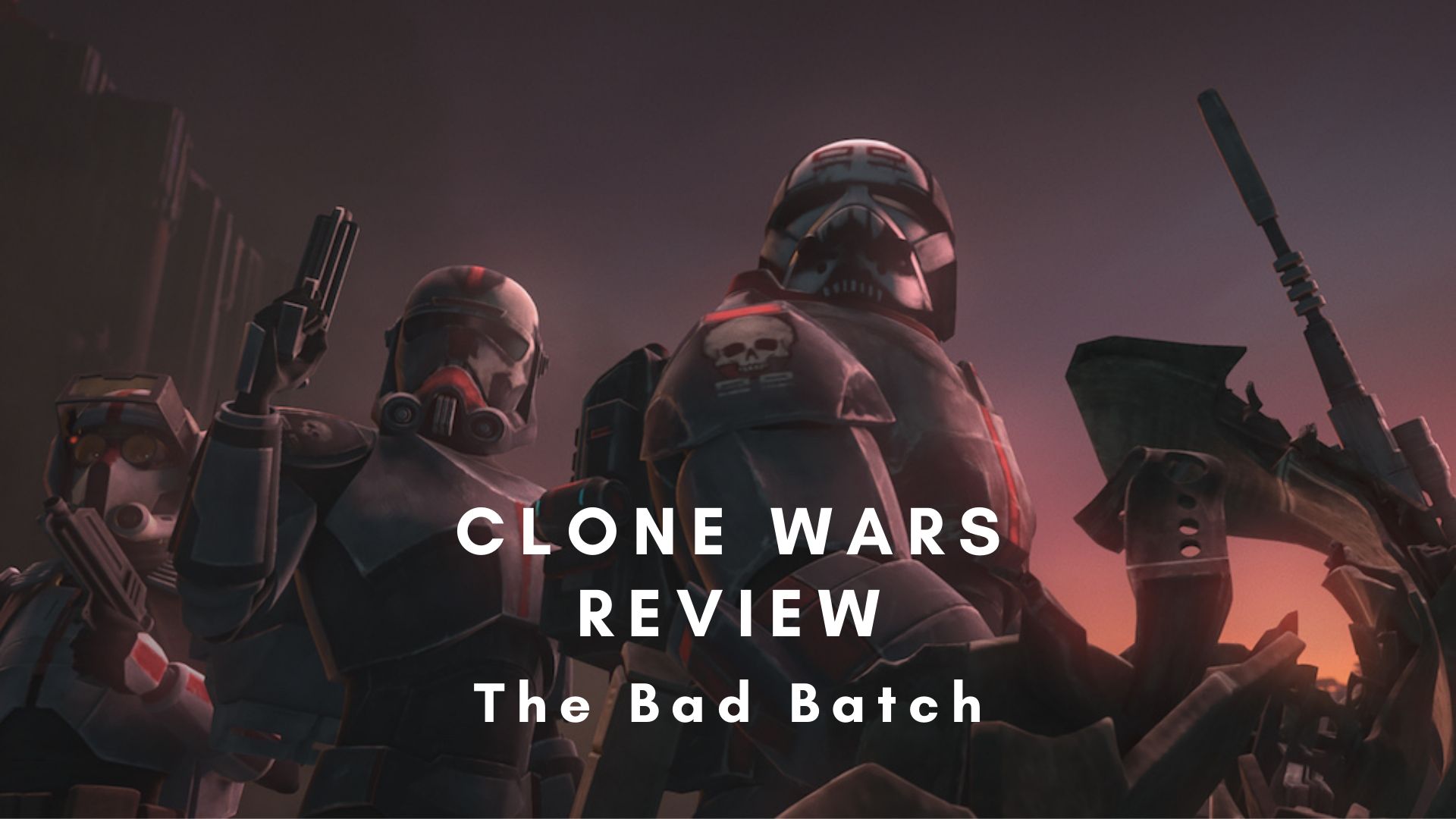 Clone Wars season seven is finally here. I feel like I’m coming home. I’ve stated before on my podcast that Clone Wars was my entryway into the Star Wars fandom. I had seen the movies before, but it was this show that made me fall in love with a galaxy far, far away.

I remember where I was when I heard the Clone Wars Saved announcement. I was at work in my comic book store. My employees and I were watching Twitter to see all the San Diego Comic Con 2018 news. When they dropped the trailer for the new season, I started sobbing in the store. I went outside to take a break. And we even have a recording in the opening of a podcast episode of me crying on the phone to my co-podcaster Chris about how happy I was.

Now two years later, our wait is over.

“The Batch Batch” was an amazing start to the new season. I love having a clone centric arc to ease us back into the series. How the show humanized the clones has always been one of my favorite parts.

My dear Captain Rex has the trauma of the war catching up, that survivor’s guilt sinking in. I have to breathe a sigh of relief watching this new season. We know that Rex survives to Star Wars Rebels timeline. Unlike before when I dreaded his possible demise every episode, I can rest easy now. Rex’s journey has been one of the best narratives of the show. I think we’re seeing his transition this final season. He’s been through so much. This season will be the last step to get him to who he is in Rebels.

Speaking or Rebels, it seems the Clone Wars team has taken a lot of visual storytelling from it. One thing, with the help of better animation technology, that Rebels did well was telling a story without dialogue. What I mean is showing so much through characters’ looks, reactions, and expressions. Kanan and Hera could have entire conversations with each other without saying a single word. Sabine would say one thing, but her face would convey another emotion. Zeb’s ears! Watch Zeb’s ears and you can tell how he’s feeling about a situation.

And we’re seeing that in Clone Wars now. With the opening scene, Anakin is saying so much about what he’s thinking about Rex without saying anything at all. It’s clear that he has his suspicions that something is going on. The Bad Batch’s have subtle interactions with each other. Jesse, Kix, and Rex as 501st members have their own wavelength that they all understand.

It’s such subtle storytelling that the updated animation can now portray. You got some of this season five and six of Clone Wars, but the technology wasn’t quite there yet. It’s come a long way, and it’s all beautifully done now.

The show has never looked so good.

Also a little Rebels side note, it’s awesome to be on Anaxes again. We saw this base in two Rebels episodes. There’s a lot of great Easter eggs hidden in there like the Fyrnocks roaming in the forests in the background. Even though currently in canon the destruction of Anaxes happened after Order 66, I think it would be really cool if we got to see it’s destruction in season seven. It would be a nice way to link the two shows together.

I love the Bad Batch and their personalities, names, and their character designs. Yeah, they’re outlandish, but they’re also archetypes. Only having four episodes, roughly an hour and twenty minutes of screen time, they don’t have time to give the Bad Batch deep backstories. Making them very basic archetypes (the Rambo leader, the sharpshooter, the tech guy, and the muscle), we know everything we need to know about them from the get go. We’ll get little snippets here and there, but we don’t need more than that to advance the plot. This is Rex’s arc. They’re support for that arc. They are used perfectly in the way they should be used.

Tech is my favorite. I always love nerdy types in a team setting.

My favorite thing of the new season is how heightened everything is. We, as fans, know this is it for the series. As the final season, everything is coming to a close. They’re writing more emotional, character driven stories as we see with Rex (at the time of writing this, I’ve already see episodes two and three). But what really hits home is how close Revenge of the Sith is. It’s looming on the horizon of these final twelve episodes. I believe it was Skytalkers that said that this is “The Anakin Skywalker Goodbye Tour.” Once the series ends, he’s Darth Vader. This is the last that we will see Anakin in the Clone Wars as a hero and a good guy. These will be his final steps away from the light into darkness.

Every single moment of every episode matters at this point. So when we get an opening scene where Rex is withholding information from Anakin, that could be something that effects the endgame. Could that damage the trust between Anakin and Rex? Could that be the first step that fractures the relationship between these two friends?

Revenge of the Sith gives every one of these episodes even bigger emphasis. It ups the drama and the emotion with every single second. The writers and crew clearly wrote this episode with that thought in mind.

The only downside to the episode, which isn’t really a criticism but more of a ME problem, is that I wish I hadn’t read about the previously released story reels of The Bad Batch. After the series was originally cancelled, they released this arc as unfinished episodes. While I haven’t watched them, I’ve read the plot years ago and I’ve seen a couple clips here and there. Of course, we never knew that the show would come back at the time. But knowing the plot of these four episodes, there weren’t many surprises since I already knew about Echo. It makes me excited to get through the first arc to get to new material. For now, I’ll enjoy the ride

-Anaxes reminds me a lot of the Akkala Region in Legend of Zelda: Breath of the Wild. Both have that autumn look to them. It’s a silly note, but I couldn’t unsee it.

-Rex looking at the photo of Fives and Echo breaks my heart!

-Jesse is an arc trooper now! I’m so proud of him! He got promoted!

-I didn’t even recognize Kix. He grew out his hair, hiding his tattoo that made it easy to tell him apart from the other clones. It made me wonder if they made this choice to get him ready for his sequel trilogy look. We know that Kix will become the last clone trooper and survive into the sequel trilogy timeline. We even have concept art of him for Star Wars Adventures comics. His hair change feels purposeful to line him up with his future look. 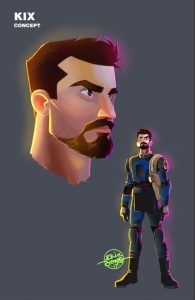 I’m so happy that Clone Wars is back! These final twelve episodes are going to be a freaking trip, and “The Bad Batch” was the perfect way to get us back into the series.