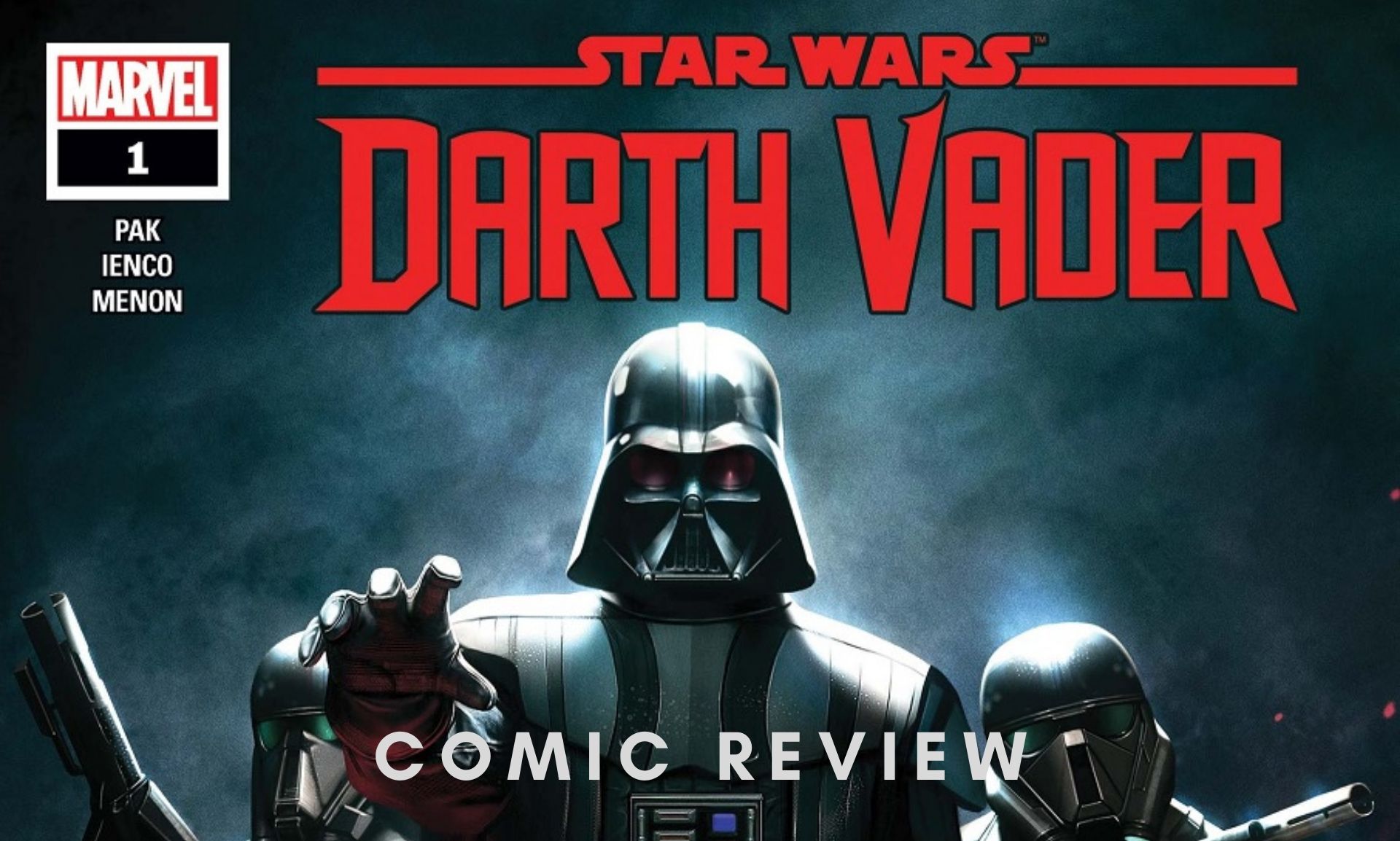 I was a bit nervous going into the new Darth Vader #1.

I loved the previous Charles Soule comic run of Darth Vader. It tied in so beautifully with so much of the canon from the Prequel Era, Clone Wars, Star Wars Rebels, the Original Trilogy, and even a bit of the Sequel Trilogy. It became one of my favorite pieces of Star Wars of all time.

But after the lukewarm Vader: Dark Visions last year, I was feeling a bit Vader’d out. We now have had four comic series about the Sith Lord in five years with the addition of the new 2020 series. Vader: Dark Visions had it’s really high highs and really low lows, but it was just kind of mediocre. Which was a shame, because I really liked the premise of telling Vader stories from the point of view of other people. Though by that point, I was feeling pretty burned out on the Sith Lord and wanted to see other characters’ stories.

Then, they announced the 2020 series. I decided I would at least give the first issue a try.

Written by Greg Pak and art by Raffaele Ienco, Darth Vader #1 opens right at the end of The Empire Strikes Back where Luke rejects Vader’s offer to rule the galaxy together. From there, Vader sets out to punish everyone who hid his son from him. Because of course he does, because Anakin Skywalker will never stop being extra even when he’s stuck in a metal suit.

This series does one of my favorite things with the Vader character:

It gives us so much AniVader.

In the book Thrawn: Alliances, Vader tries to separate his thoughts as Vader from his past memories and thoughts as Anakin. Anakin and Vader are two very different characters even though they’re the same person. But when those thoughts come together, we get AniVader. God, I love AniVader so much.

Darth Vader #1 meshes together Anakin’s memories of the past with Vader in the present so seamlessly. Much of the praise goes to Ienco’s artwork, but Neeraj Menon‘s coloring is stunning. I love the choice that all of Vader’s memories are in shades of red. It’s a nice tie back to Soule’s book when Vader chooses to see through rose colors early on in the series. The artwork and coloring are evocative and tell so much without words.

Pak’s writing is a dream. The tone feels like it’s picking up right were Soule left off. The pacing is great as it lays out brick by brick the emotional beats mixed with the past and present. I love the addition of the droid Z-67 to investigate with Vader on this journey. In my mind, Z-67 sounded like B.E.N. from Treasure Planet, but that’s just me. It made it really fun to hear Martin Short’s voice speaking to a Sith Lord. Z-67 is a fun little character in the series, and I immediately liked him.

Then, there’s that’s bombshell at the end. Whew! If that’s who I think it is, I’m going to die of happiness. I really can’t say more past that. You need to experience it yourself. Don’t be spoiled.

If I had any criticisms, this is retreading on stories that’s already been done in the new canon. It’s great if you’ve never read a Darth Vader comic before. But if you’ve followed the earlier series, Vader has already visited Tatooine looking for clues about Luke. But that’s a mild gripe, because Pak, Ienco, and Menon have put their own spin on things.