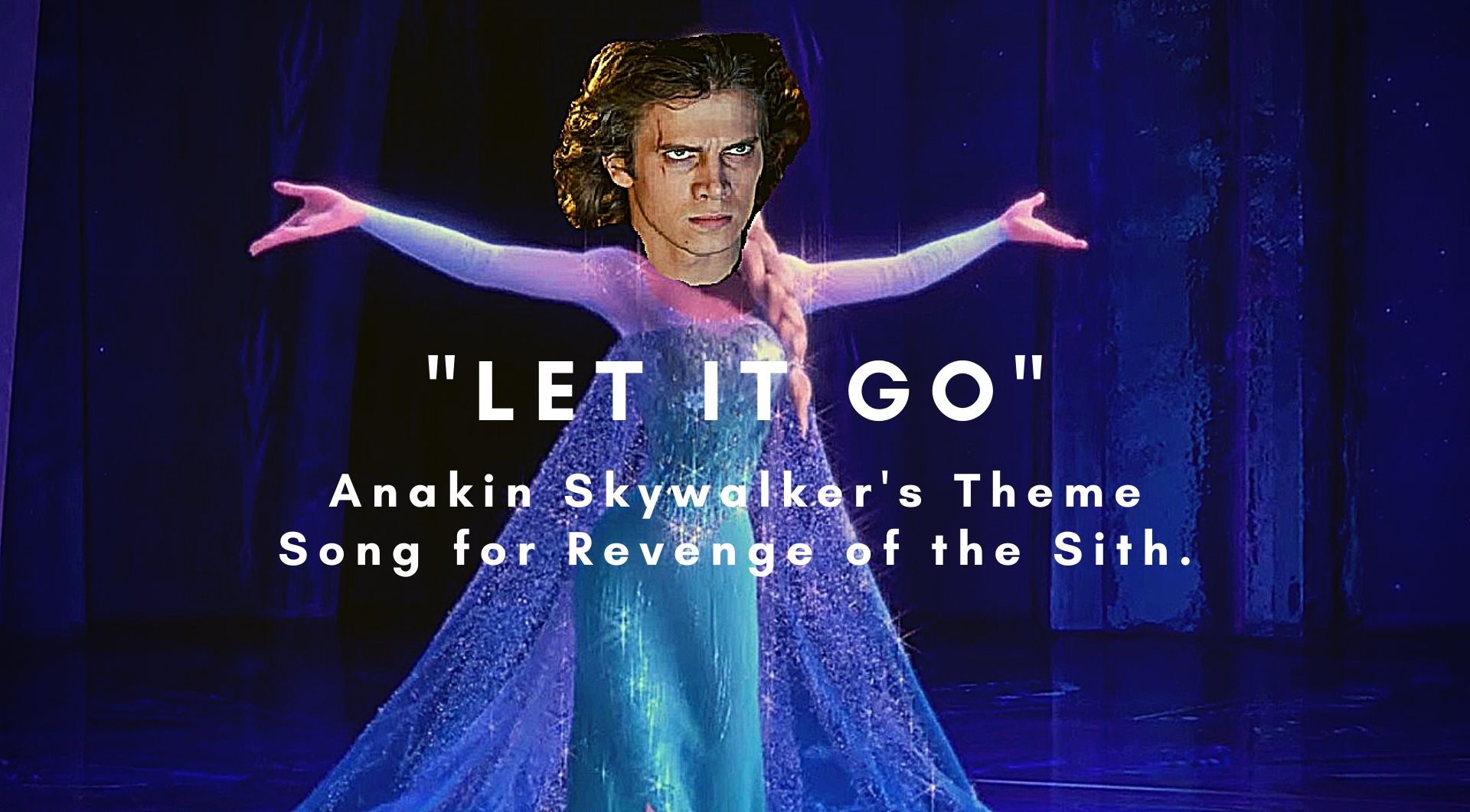 Since we’re entering a new time where we’re all stuck at home, we’re probably about to watch a lot of television and movies. Disney has decided to release Frozen 2 early on Disney+ to help ease some of our Quarantine Life. It’s not out of possibility that people are going to watch a lot of Frozen in the near future.

As I’ve been primarily writing about Star Wars lately, I decided to go ahead and do an analysis that I’ve been musing about for some time now. I recently pitched this theory to my mom who could see my point.

Ladies, Gentlemen, and Non-Binary Pals, I present to you:

“Let It Go” is the perfect Anakin Skywalker theme song for Revenge of the Sith.

I’m sure you’re laughing by now, but hear me out. I’m not the first person to make this comparison. There’s already fan videos out there. Some have even changed the lyrics to “Let it Flow” in parody videos.

But in this article, I’m going to break down the lyrics to explain why “Let It Go” is already the perfect Anakin Skywalker theme song with supporting facts from other parts of the franchise. Not every lyric fits. But for the most part though, it’s spot on.

Anakin’s spent most of the Prequel Trilogy isolating himself. He’s been hiding his secret marriage to Padmé from his closest friend Obi-Wan and the rest of the Jedi. Recent episodes of Clone Wars have confirmed that Obi-Wan knows that something is happening between Anakin and Padmé. But even knowing that Kenobi is aware, Anakin never brings himself to confide to his friend. I discuss that scene in more detail in my review for “A Distant Echo.” Captain Rex also knows, and Ahsoka hinted strongly as she left the Order she knew something was up. But it’s still not enough for Anakin who continues to hide this part of his life away from people he trusts, refusing to seek out help or guidance.

The wind is howling like this swirling storm inside
Couldn’t keep it in, heaven knows I tried!

Anakin couldn’t keep that Dark Side inside him.

“Conceal, don’t feel” is the Prequel Trilogy Jedi mantra. This rule of no attachments alongside borderline dogmatic beliefs is part of what leads to their downfall. These Jedi have lost their connection to the Force so much that they have to use scientific ways to search for Force sensitive people (AKA Midi-chlorians). The Jedi are just as much responsible for their own downfall as much as Palpatine is. See the show Clone Wars for more proof.

Anakin is like, “Can’t hold back the Dark Side anymore! Slam the door as I kill some Younglings!”

I don’t care
What they’re going to say

Cause all the Jedi are dead now.

Let the storm rage on
The cold never bothered me anyway!

Multiple times throughout the series, the Dark Side has been described as cold. Luke stated this at the cave on Dagobah. Ezra Bridger and Ahsoka Tano both explained they felt cold the first time they experienced the Dark Side as padawans in the animated shows. This is a running theme.

It’s funny how some distance
Makes everything seem small

Anakin is moving away from the Light Side, leaving it all behind. His problems with the Jedi are getting smaller…

….you know, because they’re all dead.

And the fears that once controlled me
Can’t get to me at all!

The fear of his wife dying is what turned Anakin. Up until Padmé arrived on Mustafar to try and stop him, Anakin fully believed that he could save his wife and the galaxy. He even states his new powers will help him do so.

It’s time to see what I can do
To test the limits and break through
No right, no wrong, no rules for me

“I’m a free Sith Lord now! Screw you, Mace Windu! This is for not letting me be on the Council even though I’m the Chosen One!”

*Stabs a bunch of people with a lightsaber*

Anakin is like, “You’ll never see me cry! I’m not crying as my master has turned my wife against me and everyone I love is now my enemy! Don’t look at me! I’m not crying!”

Here I stand
And here I’ll stay
Let the storm rage on!

He’s now a full Dark Sider, and it’s time to let that storm rage! This is where the fight verses Obi-Wan on Mustafar happens as we go into the bridge of the song…

My power flurries through the air into the ground
My soul is spiraling in frozen fractals all around
And one thought crystallizes like an icy blast
I’m never going back
The past is in the past!

Darth Vader is now here. The past is behind him.

Let it die. Kill it if you have to.

Here I stand
In the light of day
Let the storm rage on
The cold never bothered me anyway!

And Vader has risen to power to help conquer the entire galaxy for the next 20-ish years. The Dark Side storm is raging now. He will be this way until Luke comes along and saves him for the briefest amount of time.

Also, you can’t be cold if you’re trapped inside of a suit, have no limbs to feel stuff, and wears a mask to shield yourself. And even if you do get cold, no one can ever tell. 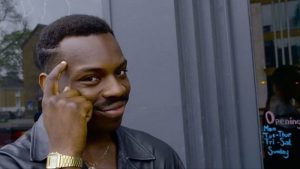 So next time you watch Frozen or Revenge of the Sith, keep in mind that Queen Elsa and Anakin Skywalker have a lot more in common than you might think.

I hope you enjoyed this post, you guys. It was a lot of fun to write. Please remember to stay safe, wash your hands, call and check on your neighbors especially elderly ones, make sure we’re respecting each other, and stop hoarding toilet paper. Let’s get through this together.