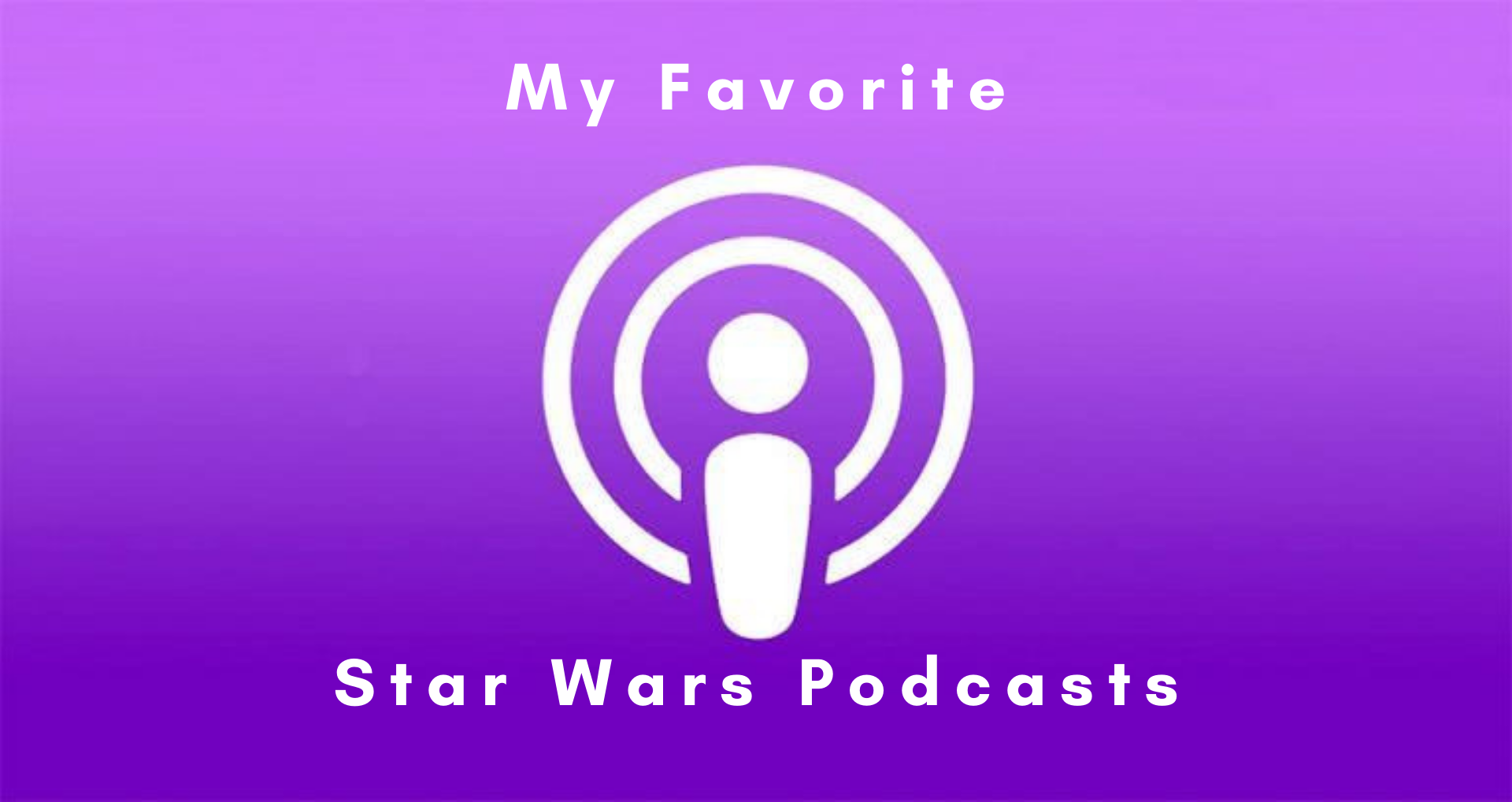 With all the hype around The Mandalorian and The Rise of Skywalker (TROS), Star Wars podcasts have been cranking out great content. I listen to these shows to help me get through the workday. I thought I would share my favorite Star Wars podcasts with you! Most of these shows are covering The Mandalorian and TROS. Most of them are probably going to deep dive into the final Skywalker film in the new year. Some are focused on the animation side of things. All of them are quality content. 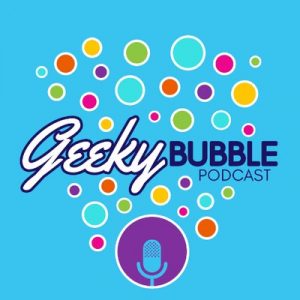 I love this show. I love Maria (Ma) and Johnamarie. As a mother-daughter duo, they have such a great dynamic together that’s warm, loving, and so much fun to listen to. They’re incredibly positive while handling criticism with care. Both adore the Filoniverse, and it was these two women who made me like Ezra Bridger from Star Wars Rebels. With an up and down season two, they’re currently helping me get through Star Wars Resistance.

I look forward to their show every single week. They really have become a staple in my Star Wars fandom. Geeky Bubble means so much to me on a personal level.

Johna also has a spin off series with Bleeding Cool writer Jeremy Konrad called Beskar’pod. It’s focused on The Mandalorian. I’ve been enjoying this spinoff show as they’re bringing in a lot of the elements from Star Wars animation. It’s really great stuff. 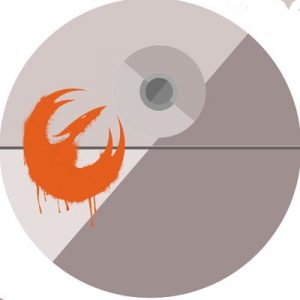 Time for a side story. One of the tellers at my bank is a Star Wars fan. When I go to deposit my check, we do a quick chat about The Mandalorian. Last time I was there, he said that episode four “Sanctuary” wasn’t his favorite, because he found it boring. I said I could see why some people think that, but I was really intrigued about the color theory, the symbolism of the krill ponds, and the rebirth of the Mando through a baptism scene. He paused and said, “I just like the explosions. I missed all of that.” So, I told him he should check out Skytalkers who educated me on all of these points.

Caitlin and Charlotte are brilliant, educated women who really deep dive into their topics. Using research and sourcing their material, they get into Star Wars content in a way that I’ve yet to see in other shows. Being lifelong friends, they have a great chemistry too. While I’m personally not a Reylo fan (the ship just isn’t my jam), their thoughtful discussions about Reylo from a story, character, symbolism, and more point of view has helped me see why people like the ship. It’s fun to hear them fangirl over it too. Again, it’s not my thing, but I love hearing people enjoy the ships they love.

I just got into Skytalkers over the summer, and I wish I found them sooner while Rebels was running. But I do have a huge backlog of shows to work through. I’m very much looking forward to that!

–“The Hands are a Language” 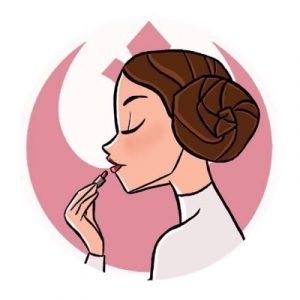 Like Skytalkers, Shannon and Alex deep dive on their topics. They love talking about symbolism, pulling from a variety of genres, and really getting into character work across all media of Star Wars. They take the time to look at the movies, television shows, and comics, but they really get into the novels of this universe. This is great for me, because I haven’t had a chance to work through all of the Star Wars novels yet.

What really makes Lipstick and Lightsabers truly special is their weekly Friday episode showcasing Star Wars stories from women in the fandom. They provide a platform where women can tell their personal stories, why they love the franchise, and spread that positivity in the fandom.

Alex creates all the artwork for the podcast. You should check out her work. Shannon also has a great Youtube channel reviewing novels.

–Master and Apprentice Review and Discussion

–Everyone Serves Someone: Qi’ra Character Spotlight

Friends of the Force 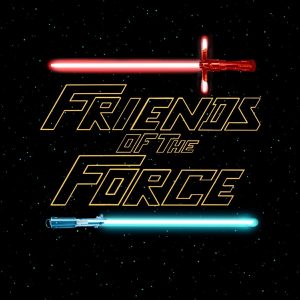 I honestly have no idea when Brad Whipple sleeps. The amount of content he puts out is insane. Like I stress about putting out one episode a week. He’s currently cranking out series about Star Wars Resistance, The Mandalorian, From a Certain Point of View which features individuals in an interview setting to celebrate fandom, and his regular show focusing on different topics that feature new guests.

Brad… I really don’t know how you do it. You’re a podcasting beast!

What I love about this show is how positive Brad is. Even when handling criticism, he always frames it in a way that’s both constructive and coming from a place of love. I also find it incredibly refreshing to hear a man openly talking about shipping. Like why don’t more men talk about ships? It’s not a bad thing wanting to characters to fall in love. And Brad fully embraces his ships. It’s so wonderful to hear.

He’s a dynamic, smart, savvy, and hilarious host. I never know what I’m going to get from him, which isn’t a bad thing. I always look forward to his episodes.

–From A Certain Point Of View: Alderaanian Rose (This is an incredibly moving episode just FYI)

Bonus episode! I’m biased because I was on this episode: 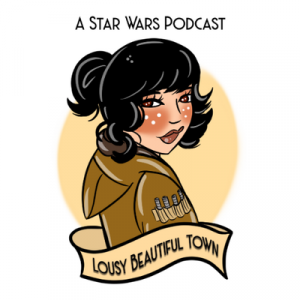 I’m going to preface this now by saying this show isn’t for everyone. And you know, maybe you should listen to it for that very reason. You might hear something that will make you think.

As I stated above, I’m not a Reylo shipper. Most of the podcasts I’ve listed so far are fans of Reylo. So when I need a break, I know I can always turn on Lousy Beautiful Town to hear Abby and Jess talk about how Rey is an angry, greasy lesbian ready to drive stick shift with her big fat dick (their words not mine).

Unapologetically in your face, Jess and Abby aren’t afraid to spill all the tea. They also have zero fucks to give if you don’t agree with them.

What I really love about Lousy Beautiful Town is how they discuss fandom as a whole. Yes, they go into specific topics like how Jyn Erso from Rogue One has a complete mental health journey, the differences between Qui-Gon Jinn in Queen’s Shadow and The Phantom Menace, and what The Mandalorian does well and it’s flaws. But Lousy Beautiful Town really shines when they talk about the fandom. They discuss topics like problematic ships, how to handle online harassment, violence against women, racism, sexism, privilege, and more. They are a show that’s not afraid to have these hard conversations.

While I love all of these shows, I wish more podcasts did what Lousy Beautiful Town does. Sometimes you have to stop being positive, call out bullshit when you see it, and stand your ground knowing full well you’re going to piss people off. I don’t always agree with them, but I do know that Abby and Jess have one of the most important Star Wars podcasts out there.

–Star Wars is Stressful. Why Do We Like It?

–Serial Killers…. They were Still Kids

–Putting Our Fists Through “Unlikable” Women 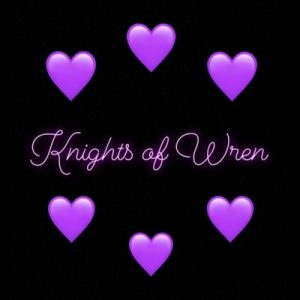 Knights of Wren might have a handful of episodes, but I really enjoy listening to this show. Ally is a fun host who has a deep love of Star Wars. This show is a bit nostalgic for me, because Ally reminds me so much of myself when I started podcasting a decade ago (oof! I’m old). She just started college, and I was in college when I started. We both had a vibrant and loud love of our topics. I smile whenever I hear her, because I remember those days balancing classes and recording.

I also think it’s important to hear the point of view from younger fans. They are the next generation of Star Wars. They will carry the torch after us. Their point of view is just as important as fans who saw the Original Trilogy in theater.

And Ally is a great host. While she’s had different hosts and guests, she is a solid staple on her show. She’s a great leader to direct conversations. She has great insight on character and story. I really love hearing her speak. She’s going to have a bright future ahead of her.

–A Tribute of Kanan 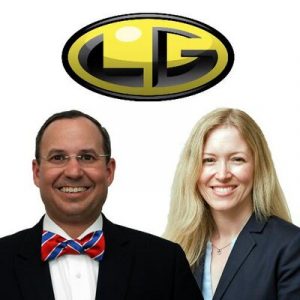 I wish I could get into a lot of details on this show. I heard Thomas Harper speak at Dragon Con and noted his show since it sounded intriguing. About a month ago, I started listening to The Legal Geeks. I wish I started sooner, because it’s really great!

They’re not just a Star Wars podcast, so please check out their other topics on their website.

The Legal Geeks are a group of lawyers analyzing shows from a legal perspective. They ask the hard hitting questions. Should Loth-Cats be leashed? When does bounty hunting cross over into human trafficking? Is Cara Dune a subcontractor of the Mandalorian? What rights do the pirates have on the Colossus in Star Wars Resistance? And so much more. I’m about seven episodes in, and I’m really enjoying this show so far. I can’t wait to get into it more!

–The Mandalorian – What Child is This?

–How the Mandalorian Saved the Blue Harvest 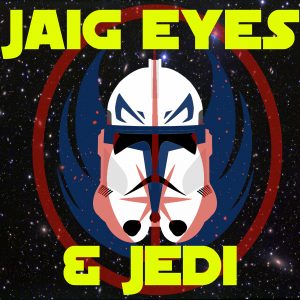 Please feel free to check out my podcast Jaig Eyes and Jedi. My co-podcaster Chris and I are working our way through the Filoniverse. We’ve already completed Clone Wars, we’re in season three of Rebels, and we plan to do Resistance, Clone Wars season seven, and The Mandalorian. We cover these episodes as people who have already seen the shows as a whole.

–Bombad Jedi– Our second most referred to episode of our show.

–Rebels season one wrap up

There are so many podcasts out there especially for Star Wars. I hope this list helps you find a new favorite.