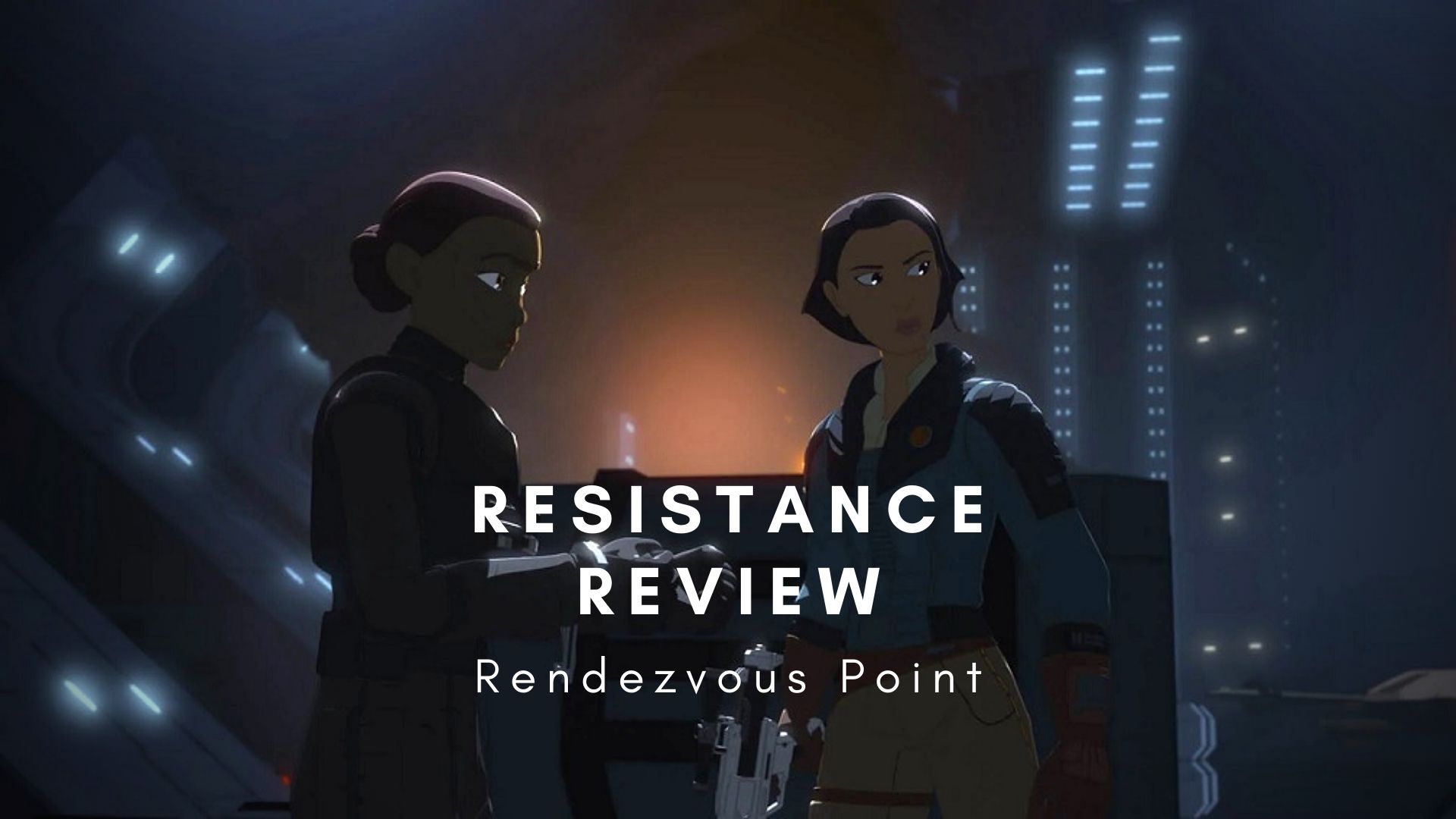 After the last few weeks of Resistance which were fine but not blowing me away, it was great to have “Rendezvous Point” for a variety of reasons.

I’ve been missing Tam so far this season. It seemed from the promotional material that she was going to be splitting screen time with Kaz. In my opinion, the stronger episodes of the season so far were the ones where Kaz and Tam’s stories were juxtaposed with each other.

We got to see these duel stories again this week, but this time it’s about Tam and Torra. Both are dealing with loss in very different ways. Torra’s mother is alive, but she’s not there to be part of the family. Venisa’s choice to fight is a sacrifice the entire family is feeling. Torra misses her mother’s presence. It’s a loss that she has to learn to cope with. Tam is also going through a kind of loss. Unlike Torra who is missing her mother, Tam chose her path. Tam’s loss is Yeager and the Colossus. She also lost her trust and faith in her own parental figure.

Their ways of coping are different too. Torra feels because this is personal, that she has to face this burden alone. But her found family steps up to help her deal with her hardship on her birthday. Unlike Tam, who is actually alone. Her only sort of “friend” in Rucklin threatened to shoot her. I think Tam is starting to realize Agent Tierny is not there to be her support. Tam copes with this by doubling down on her brainwashing. She spouts all the propaganda nonsense that’s been fed to her. She repeats that her name isn’t Tam but a series of numbers. Tam is trying her best to stay away from the trauma that’s starting to catch up to her.

And Venisa pokes through all of Tam’s propaganda just by being a mom. I want to come back to Venisa as a mom in a second. To stay with Tam a moment, this episode reminded me a lot of “The Honorable Ones” in Star Wars Rebels. Kallus tried over and over to use his propaganda to justify his position in the Empire. But Zeb used logic to punch through Kallus’ fascist teachings. Zeb also displayed compassion. The compassion wasn’t at Kallus; Zeb showed the compassion of his friends. This is where it varies from Rebels. Venisa shows compassion directly to Tam. Heck, Venisa even tackles Tam out of the way of blaster bolts. She protected a kid that wasn’t even hers, because Venisa has compassion. Venisa never stopped reaching out to Tam, to convince her that it would be okay to come back, that Tam could always come home. And I think like Kallus after his time with Zeb, Tam’s encounter with Venisa will start her on her journey home.

Going back to Venisa as a mom, it’s so refreshing to have a mom with a name in Star Wars. Animation gives us all these amazing women (minus Hera Syndulla’s mom. How does she STILL NOT HAVE A NAME YET, DAVE FILONI!?). I love in recent Star Wars media we’re finally getting more and more mothers. Hera and Ursa were in Rebels. The books give us more on Breha Organa and Jobal Naberrie, Padme’s mother. It’s refreshing to see these women in action, and Venisa Doza gets to join their ranks.

And Torra is very much both of her parents. While she has the balls of her mom being a great pilot, fiery personality, and willing to fight, we’ve see more this season her father’s side in Torra. She’s been stepping up as the voice of reason lately. She’s the one with the cool head and the plan maker. Torra really does have the best of both of her parents.

I find Jace Rucklin really interesting this season. The few times we’ve seen him, he seems to be faltering. Sure, he has his bravado on the surface. But this week, we saw him hesitate shooting Tam and Venisa even after Lieutenant Galek pretty much told him to step up or die. Jace has always been a jerky dumb butt on the surface. This season, I think we’re starting to see his real self. I think he wants to be in the First Order, but I think he’s realizing that he’s not the right kind of person to be there. He’s not as talented or cruel as the rest of them. I still stand by my theory that he’s the one that will defect before Tam. She’s there out of spite, and she’s sort of succeeding. He’s there out of want, and he’s failing. I think he’ll bow out first.

The only part of this episode I really questioned was Captain Doza’s judgment in messaging Venisa in the first place. I went back and watched the episode three times just to make sure. As presented in the episode, there is at no point where they say they’re meeting with Venisa for Resistance information, food, fuel, or supplies. It seems they were only meeting with her simply because it was Torra’s birthday. I feel like there had to be a line of dialogue cut somewhere where she would also bring them information. But even when Kaz brings up that he can help contact the Resistance, Doza and Torra flat out say they’re not trying to contact the Resistance. They’re trying to find Venisa. So I feel like somewhere a piece of information got lost in this episode.

If not, Doza just risked the lives of hundreds of people just because it’s his daughter’s sixteenth birthday. It’s sweet, but I highly question his judgement if this is the case.