Resistance Review: Station to Station, The Missing Agent, and Breakout 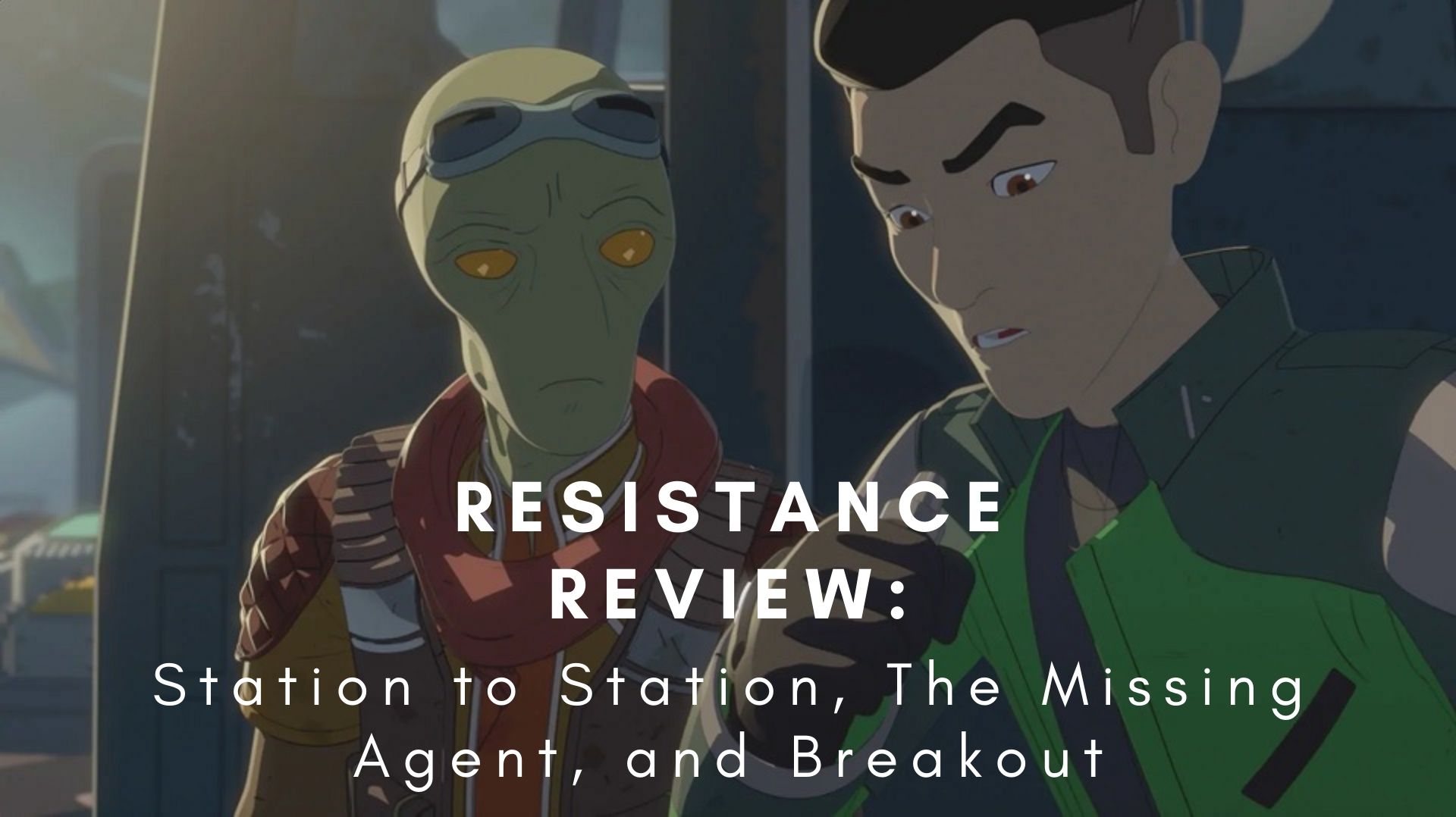 Now that we’re in a post-The Rise of Skywalker world, I can’t help that my disappointment in season two of Resistance grew after seeing that movie. I was hoping there would be something in TROS that would make sense of why Resistance has been spinning its wheels for so many episodes. From what I could tell, there were no big connections between the show and the movie. Of course we haven’t seen the rest of season two yet. There could be some big reveal of why Resistance couldn’t move along the plot sooner. But for the moment, it made me even more disappointed.

Which is a real bummer because I’ve loved the last three episodes. “Station to Station,” “The Missing Agent,” and “Breakout” have been really incredible episodes for the show. These are the levels I wish the show was at this entire time. I was on the edge of my seat with suspense. “Station to Station” was able to mix the supply run story from all season with Tam’s plot which was excellent. This episode is what all the other ones should have been.

What made these work so well was Kaz’s development. I’ve been critical of the plot. I’ve been critical about them not developing the other Aces. But what they have done so well this is develop Kaz as a leader, a fighter, and letting him come into his own. It’s what makes episodes like “Kaz’s Curse” so important. He’s really grown up this season, and it’s because of all the supply run episodes (as much as I hate to admit that). Those episodes slowly gave him leadership experience in more real world situations. Every time he pulls out a blaster and shoots someone, I’m shocked. The moment that made my jaw drop was when he stuns Commander Pyre in “Breakout.” Kaz actually bemoans that the blaster is set for stun. So does that mean he would have rather shot Pyre instead of stunning him? That is not the Kaz of season one. He’s more ready to fight this war than I thought.

This is in contrast to last season. Season one really showed us that Kaz was severely under trained even for being in the New Republic Navy. He didn’t get too many situations to hone his skills around the Colossus. But now in season two, he’s spent these episodes getting those skills. He’s gotten better with a blaster. He’s had a crash course in leadership, which he’s had ups and downs. It all culminated to this point in the season. He’s really standing on his own two feet and making successful plans to rescue people. Kaz is even giving commands to Norath, who I am assuming is a veteran Resistance spy.

So yeah, I’ve been really disappointed in the plot of the season. The one thing they have done really well is to develop Kaz up to this point. He saves Neeku and takes charge in “Station to Station.” He gets Norath to follow his lead to save Yeager and Synara in “The Missing Agent” and “Breakout.” And I think that when the series ends, Kaz is going to be a strong leader who is a completely different person than where he started back in season one.

I can’t believe Resistance is so close to ending. By the time this month comes to a close, so will the show. I am still withholding judgement until the end of the season. I want it to end strong. I’m always rooting for Star Wars, no matter what form it’s in. I want this show to succeed. With only a handful of episodes left, we’re close to saying goodbye for now to these characters.

And man, I’m not ready for it to end.