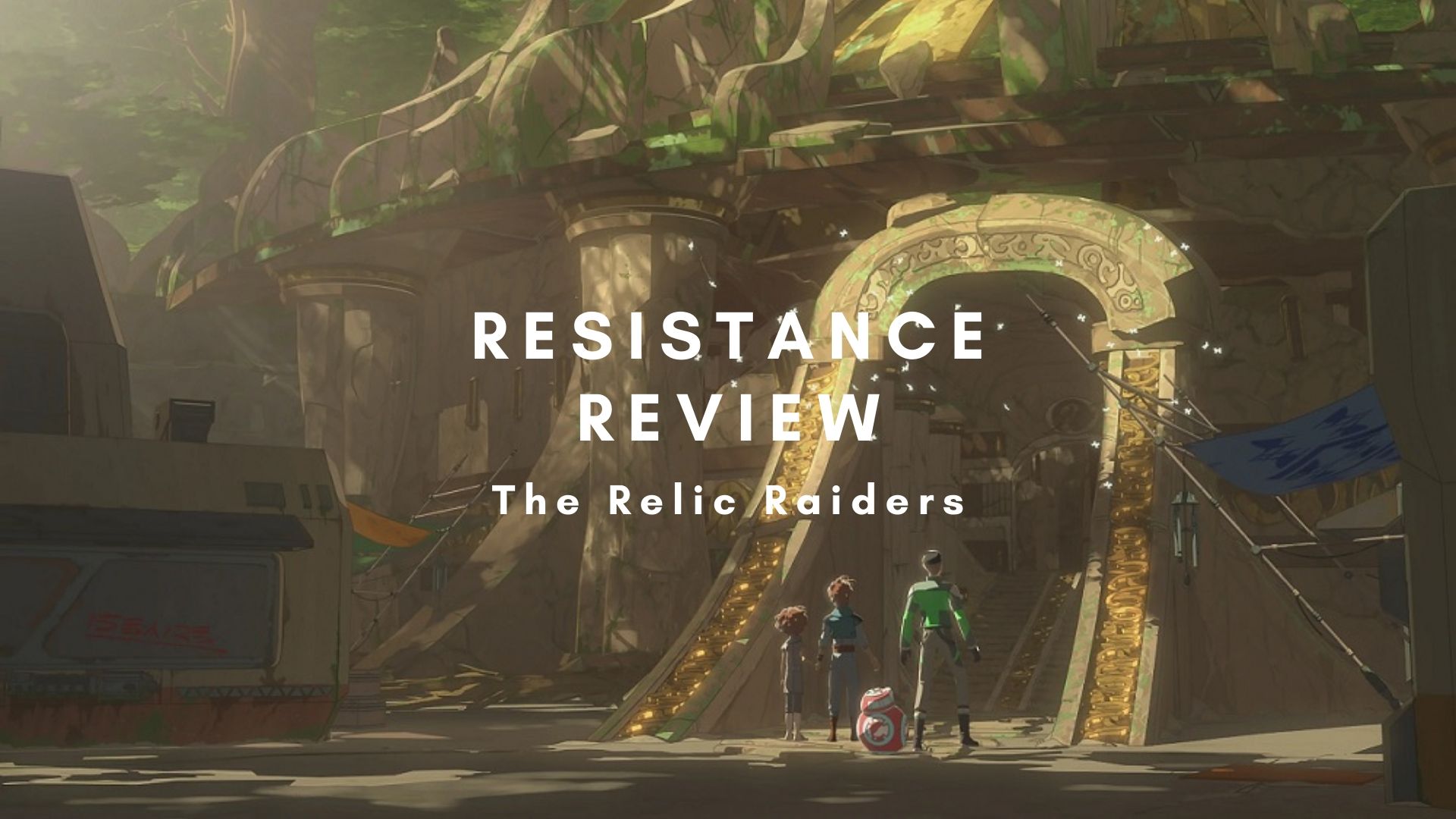 The Relic Raiders SCREAMS Filoniverse to me. The setting felt very Rebels. The characters not being Force users reminded me of the Jedi-lite episodes of Clone Wars that focused on characters like Padme, Bail Organa, and Duchess Satine having to problem solve on their own without Jedi. I felt this episode really hit all of those beats. From the butterflies that was guiding the kids and the mix of the Jedi and Sith Temples together, this was a great set up that felt very Filoniverse.

I realized how much I missed the kids from Tehar. They haven’t even been in the group shots this season. No one invited them to the manta ray Bar-B-Q. Now that this episode has aired, it seems like an odd choice to not have them in sooner. Even if it was just having them in the background. Also, why haven’t they had the Chelidae on more? The Turtle Folk seem like they would be an incredibly important resource while fixing up the Colossus.

I also wish Freya got to do more. We’re on a ticking clock here. This is the last season. We’re almost a season and a half into Resistance, and we don’t know anything about her. When I saw in the season two trailer the Aces were pairing off on missions with Kaz, I was hoping we would learn about their story. I want to like Freya and all the Aces. But we know so little about them that it’s hard to get invested in them.

What is her past? How did she get to the Colossus? What is making her stay? These are important questions for all the Aces. I’m starting to assume that we’re not going to get these answers.

It’s issues like this that makes me wonder if Dave Filoni not being in the day to day affairs of animation is hurting the show. The writing of Resistance, to me, isn’t as tight as Rebels. Clone Wars was all experimentation and was purposely episodic. But Rebels had tight writing from beginning to end. I just don’t get that with Resistance. To me, it is becoming more and more apparent that his oversight is missing.

As for the actual plot of the episode, I’m not sure what to make of this episode. I definitely like it. I know that. But this episode gave me the same kind of feeling I had in season one.

In season one, I felt like each episode would hand us a piece of a puzzle that we didn’t know what the final image looked like. About the time we reached the middle of season one, we were starting to get an idea of what story the show was telling. And when the finale rolled around, we had the complete puzzle for that season.

But we have no idea what we’re looking at. We don’t know who Mika Grey is, and we don’t know anything about her. She’s cool as hell. I hope I can Indiana Jones jump, roll, and dive around at her age. Love her design and tattoos. She seems very interesting. And now, she’s on the Colossus. We’ll see what happens. Eila and Kel still seem like the only ties we have with the Force, but we don’t know how that will affect the bigger plot. The Sith relic could have been important, but now it’s gone. We see First Order Raiders looking for Sith relics for their Supreme Leader to do who knows what with.

So I feel like we’re watching a lot of important stuff. There was a lot of information given to us in this episode. We just have no context to put it in. We got the middle piece of the puzzle. That middle piece is just sitting on the table all by itself not touching any of the other pieces yet.

It’s an important piece. It’s going to complete everything. We just don’t know how yet.

I have a feeling this episode is going to be one of the most important episodes of Resistance. I think once the show is complete, we’ll come back to this one with new information. It will all make sense then.

Until then, it’s just a mysterious little puzzle piece taunting us.