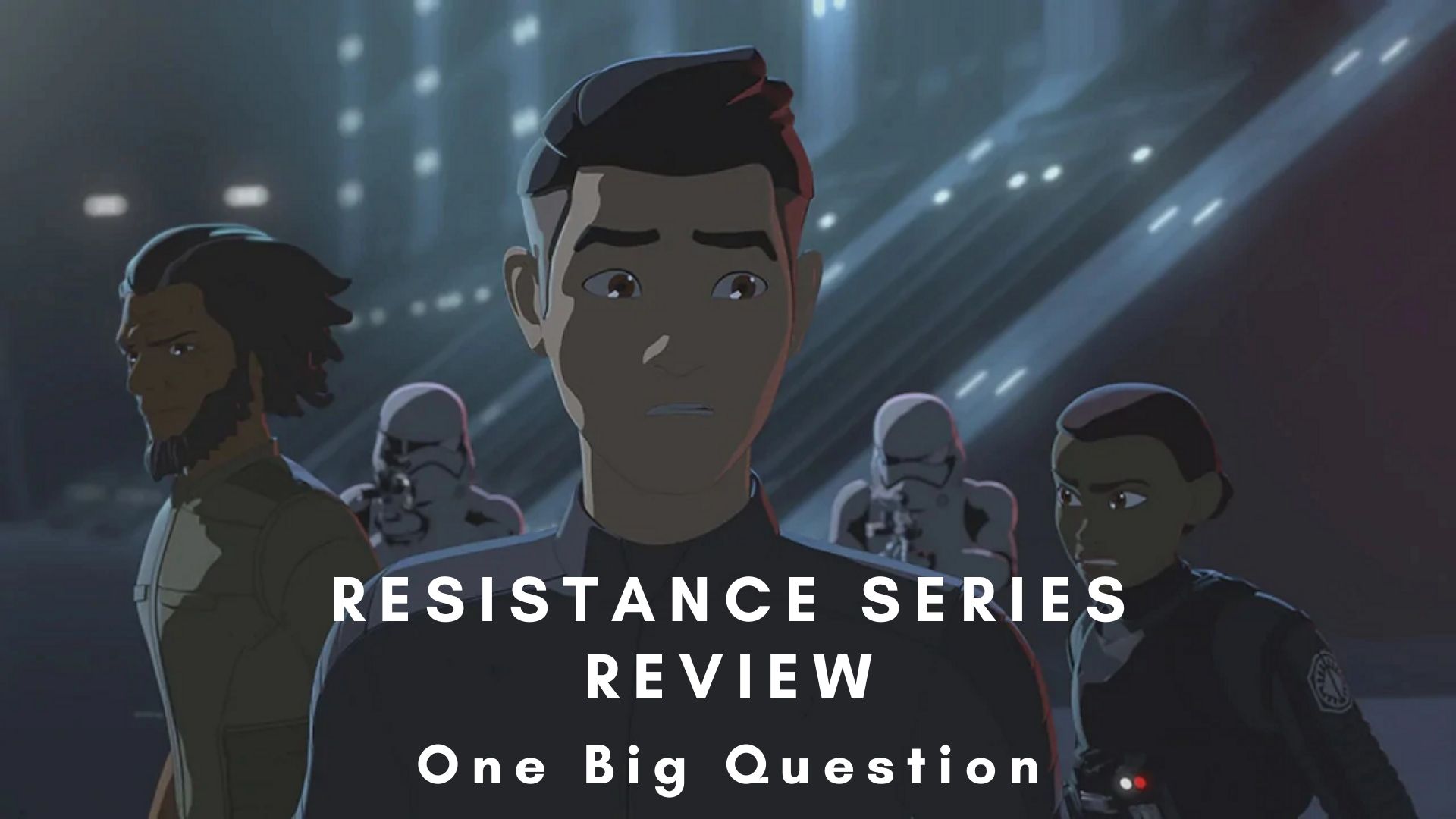 Now that Star Wars Resistance has come to a close, I find it difficult to write a review about it. While I do love the show and still root for it, I haven’t shied away from being critical of season two. The series finale has come and gone. I look back on the last two seasons, and I’m left wanting to know one very big question. The answer to this question, to me, is very important to how I view this show going forward:

Knowing this would dictate a lot of my feelings and critiques.

I think of another show that I love being Timeless (which you should watch because Clone Wars veteran Matt Lanter is wonderful in it). Timeless set up multiple seasons worth of story lines from the get go. Even with the cancellation of the show after season two, they were able to bring back the show for a two hour series finale as a tv movie. Having to wrap up seasons worth of stories in two hours is insane. And the Timeless finale is in no way perfect. It’s rushed, messy, and they pretty much had to kill off all the major bad guys in a fell swoop.

Thing is, it’s understandable. As a viewer knowing the situation, you understand that they did the best they could with the time given to them. I’m able to forgive the finale. It was a miracle they got two hours at all, and the creators made the most of it.

Which brings me back to Resistance.

Star Wars Resistance feels like a show that NEEDS three seasons based on the storylines and the characters they introduced. Season one feels purposeful in it’s slow build to the destruction of Hosnian Prime, world building, and character arcs. But to me, season two is terribly disjointed. From the episodes “Into the Unknown” to “Kaz’s Curse” feels like the beginning of what should be season two. Then from “Station to Station” to the series finale, it feels like the end of what should be season three. These final eight episodes are vastly different in tone and pace. Where the first half of the season didn’t seem to be aware of a show that was about the end giving us repetitive stories, the second half felt rushed like they had to wrap up seasons worth of stories up in eight episodes. It feels like they were setting up all sorts of stories with the introduction of Neena and Mika Grey. They did this huge story arc for Synara to pretty much drop her from the finale. They introduced a new antagonist with Vranki the Hutt. So much of season two was set up for things they never played back out.

But maybe that’s where it goes against previous shows like Star Wars Rebels which was serialized from the beginning. Resistance took on a more episodic approach to it’s storytelling. I think this approach took many off guard, me included. It took me all of season one to wrap my head around that Resistance is a character driven show, not a plot driven show like Rebels. There’s nothing wrong with an episodic approach. It worked for the first three seasons of Clone Wars.

But if Resistance is a show that had been planned for many seasons and got cut short, then I can absolutely forgive a lot of it’s shortcomings. I can forgive the lack of story for Aces Freya and Bo. I can forgive the lack of Tam episodes in season two when the season was promoted with her and Kaz as duel protagonists. I can forgive all the set up storylines like Mika Grey with Eila’s Force abilities, Neena’s open ending, and not having time to develop strong LGBTQA+ representation with Orka and Flix (because now that the show is over, this is not good queer representation). A show cut short doing the best they can to wrap up all stories in the time allotted to them can be admirable. If this is the case, then I think Resistance did a great job.

But if the show was always supposed to be two seasons from the start, I have massive problems dating back to season one. The plot should have moved faster. While I loved Hype and his story arc, some of his episodes could have been trimmed for possible Tam storylines. When discussing criticism with friends online and in real life, I keep pointing to the episode “The Voxx Vortex 5000.” Like I said in my review, in a vacuum there’s nothing wrong with the episode. But in a season with repetitive storylines knowing the show was about to end, it felt like a huge wasted opportunity. It could have been a Tam episode. It could have been a Freya or Bo episode. This wasn’t a situation like the Star Wars Rebels space whales episode where they ended up being important later on. “Voxx Vortex” was a missed opportunity and, dare I say, a filler episode. We already had plenty of Hype and Kaz development and the plot didn’t matter to the big scheme of the show. Why not use that time for something else?

This is just one example of the many missed opportunities. Hell, we barely know anything about Neeku, and he’s a main character! And where is Kaz’s family? Supposedly the Fireball is in the Battle of Exegol. How did it get there? If this was always supposed to be two seasons, then I’m left with so many questions as I exit the series.

So I’m torn on how to feel about Resistance coming to an end. I do love this show. I think it had a ton of potential from day one. It has compelling characters. It did an amazing job at world building. The animation is gorgeous! But the plot just wasn’t up to what it could have been. Listen to any podcasters covering Resistance the last two years. There was so much speculation for possibly deep and heart wrenching storytelling that just never happened.

And if the show was supposed to be longer but got cut short, then this is forgivable. If it was always supposed to be two seasons, then Resistance missed the mark on what it could and should have been.

Only time will tell.