What Resistance’s Orka and Flix Mean to Me 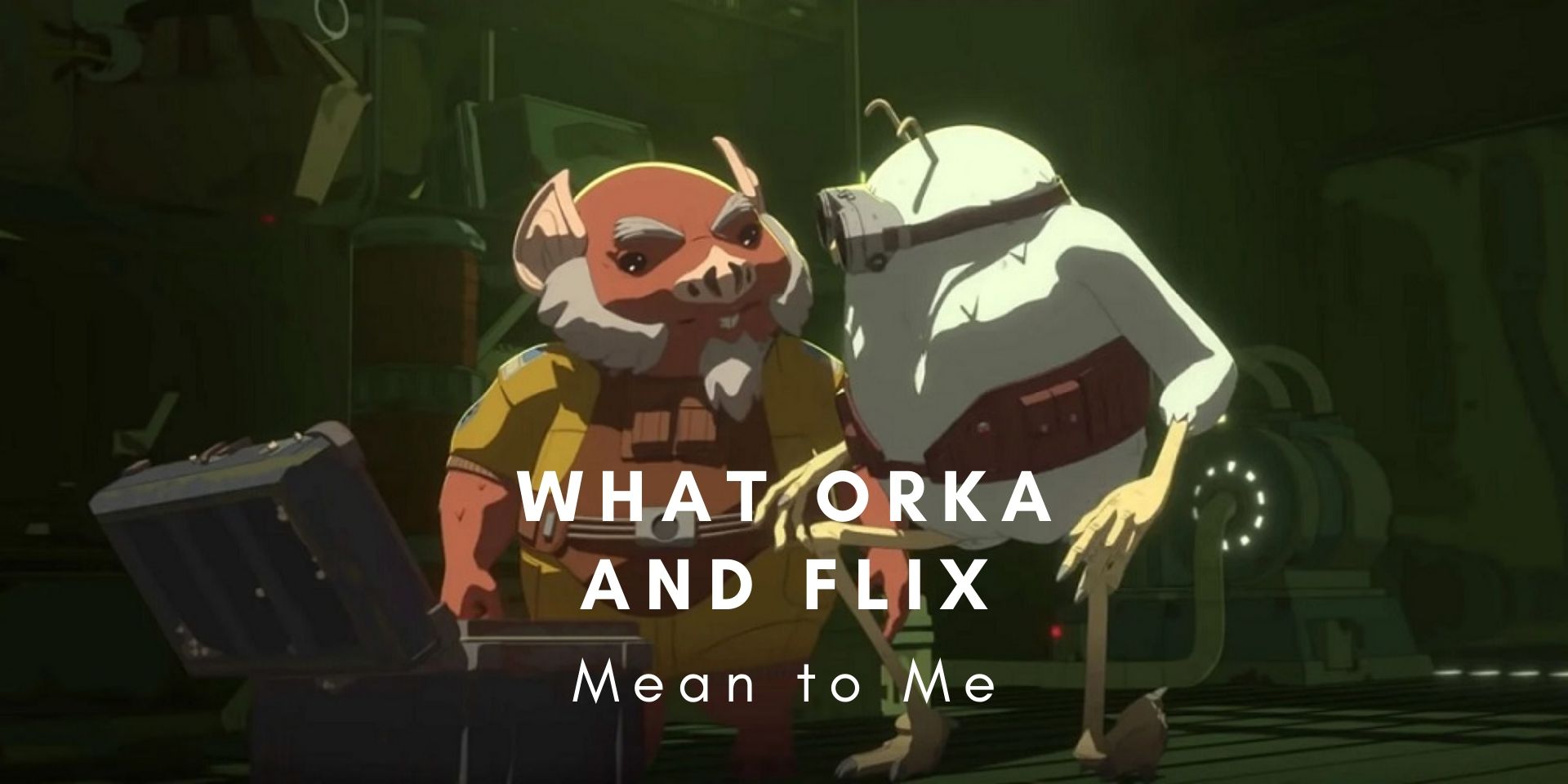 I really want to talk about Orka and Flix from Star Wars Resistance during the episode “From Beneath.” I have trouble putting into words the joy I feel watching them on screen together. When Orka said he loved Flix to Torra, my eyes filled with tears. When Flix’s family said that Orka was a good catch for Flix, I covered my mouth so not to cry.

For years, I had to head canon myself into Star Wars characters. Ahsoka Tano was my gateway into the fandom. She was my flawed padawan that showed me it was okay to make mistakes as long as you got back up. And she was usually the one I had to head canon with. I would imagine her as bisexual or pansexual like me (Bi and Pan are pretty much the same thing with subtle differences. I identify as both). I would image Ahsoka having dates with both Lux and Barriss Offee. When she came back in Rebels, Ahsoka had major lesbian aunt vibes that I clung onto for dear life.

For over a decade, I’ve had to imagine characters as queer to see myself in Star Wars. While we started getting queer characters in the books and comics, there’s a big difference from seeing them on screen. The movies and television shows get a much bigger audience. If I asked my mom, who is a more casual Star Wars fan, who Doctor Aphra, Grand Admiral Sloane, or Sinjir were, she wouldn’t know them let alone that they were some of the first canonically queer characters in Star Wars.

Which brings me back to Orka and Flix. This feels like a big step forward. I do wish they pushed showing them as a couple a little further. Even if at the end of the episode when Flix and Orka are reunited maybe having them hug. It’s still subtle enough to where a person could overlook the fact that they’re a couple. It needs to be a bit more open. But we still have half a season for them to push Orka and Flix as a couple.

To me, I feel like this is a stepping stone. Animation has always been the place for experimentation in Star Wars. For example, they tested the far out-there ideas like the Mortis Gods and the World Between Worlds with animation. We’re starting to see these kind of ideas come into discussion for the main movies. I feel like queer representation is like that too. They’re testing the waters with Orka and Flix now, and hopefully one day we’ll get it on the big screen for all to see.

For now, I’m happy to have it. Even if it’s with a chicken man and his pig partner, I’m finally seeing myself in Star Wars. This episode means more to me than people know.