Six Ways to Recover From the Clone Wars Finale

On Friday morning, I woke up eager and excited for Star Wars! I made my coffee and sat down to watch the new episode of Clone Wars. Then it dawned on me that there were no more. Like many of my friends online, we got used to waking up to the series every week. Now that it’s complete, what is there to do now?

Plenty! Luckily, there’s TONS of Star Wars to choose from. Sure, Clone Wars completed its twelve year journey. But there’s so much more for you to dive into!

Here’s six ways to recover from the end of Clone Wars. 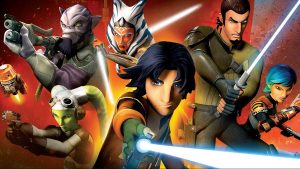 The great thing about Disney+ is it gives access to fans who have never seen Star Wars animation before. If you just finished Clone Wars for the first time, the next show you should visit is Star Wars Rebels. It’s about an orphan named Ezra Bridger who stumbles upon a group of Rebels on the planet of Lothal. Being Force sensitive, Ezra gets trained by Kanan Jarrus who survived Order 66. Their leader is Hera Syndulla, an amazing pilot and also the group’s Space Mom. Kanan is Space Dad. The rest of their team is Zeb Orrelios who is a soldier who survived an Imperial genocide of his people, Sabine Wren who is a Mandalorian who has a secret past, and Chopper, their droid who is a grumpy, fun, murder bot who actually pistol whips a few people over the course of the series. It starts off about five years before A New Hope.

It was the second show by the animation team and the first one under the Disney umbrella. Rebels built off the work that Clone Wars started even including characters and story continuations. While it can be viewed as a sequel in a lot of ways, it has a new cast of characters that tell their own unique story as well. It’s one of the best entries into the Star Wars universe. Clone Wars had to walk so Rebels could run.

And if you’ve already seen the series, now is the time to revisit it!

One point about Clone Wars is the show is not in chronological order for much of the series. The first episode in the timeline is in season two. I’ve had friends do chronological rewatches, but I haven’t had the chance to watch the show this way. It’s been on my to do list for some time. I decided that I wanted to wait until all seven seasons were out before I started in chronological order. Now that it’s complete, it’s time for me to get on that.

StarWars.com has a list of the episodes in chronological order if you need it. 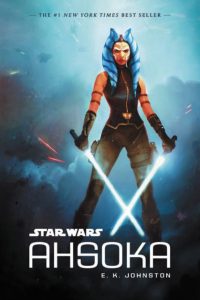 Several books and comic series featuring Clone Wars characters and stories have been released over the last few years. There’s also a slew of them in the Extended Universe canon. I’ve only read a handful of the EU material, so I can only recommend a few. Star Wars: The Clone Wars graphic novellas are really great especially for kids. Many of them were written by Clone Wars creators like Henry Gilroy. They feature many recurring characters like Pre Vizsla from the Mandalore arcs. Because they’re not in print anymore, they’re a bit tough to find unless you want to pick them up from Amazon. I tend to snag them whenever I see them at my local used book store.

When it comes to current canon, several books and comics have been released. Ahsoka by E.K. Johnston picks up Ahsoka’s journey after the conclusion of the series. It’s the next narrative step before she emerges in Rebels. I would also strongly recommend Kanan: The Last Padawan. It follows how Kanan from Rebels survived Order 66. There’s a lot of really nice Clone Wars cameos in there too. It also ties in really well with the Siege of Mandalore arc. I also want to recommend one of my favorite pieces of Star Wars lore which is Charles Soule’s comic run of Darth Vader. It starts at the end of Revenge of the Sith. The story is about Anakin coming to terms with being Vader and figuring out what that even means. I jokingly call it “Evil Star Wars Rebels” for the Dark Side of the story. It’s another nice bridge between the two animated series.

Comics and books are a great way to find out what happens next! 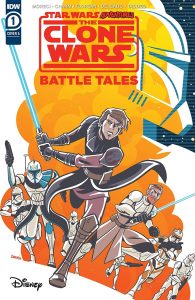 Feel like reading something brand new? Well, there’s a comic miniseries from IDW Publishing called Clone Wars: Battle Tales written by Michael Moreci coming soon! This five issue series is centered around a group of clones telling stories of various battles from the Clone Wars similar to the Tales from Vader’s Castle series. Originally set to release in April, it’s been pushed back to May 20th, 2020 because of the global pandemic. Keep in mind that the release date is subject to change, but you can go ahead and pre-order it on ComiXology.

I’m always excited to get new Clone Wars comics! I have been looking forward to this series ever since it was announced!

As I’ve already written a longer article about this topic, I won’t go too much into it. But podcasts are a great way to deep dive into Clone Wars episodes. Whether it’s to talk about themes, plot, characters, or just get drunk and cry about it, different podcasts can bring a variety of points of view to one show. They’re great ways to hear insights you might not have thought of before. Plus Podcasters are the nicest people, and they’re a fun way to meet fellow fans. Some shows even take questions and feedback so you can interact with the hosts.

On May 4th, Apple Podcasts released a list of the top Star Wars podcasts on their service. You can see that here.

Also check out my list of my favorite Star Wars podcasts. Most of them just wrapped up their Clone Wars coverage, so you can binge through their episodes for season seven. You can read about that here!

As a writer and reader, I love fanfiction! I’m a huge advocate of the medium. 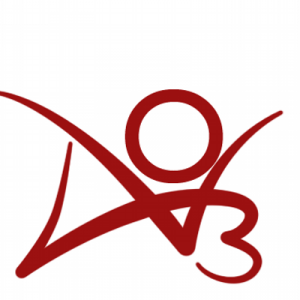 What’s great about fanfiction is the story never has to end. There’s so many characters to explore in Clone Wars. It allows fans a place to play with new and unique situations never explored in the show. It’s so much fun to play with “What If’s” and alternate universes. What if Anakin never turned to the Dark Side? What if Satine lived? What if Ahsoka never left the Jedi Order? Fans can put the characters in our modern world. I’m always a sucker for the Coffee Shop AU’s and High School fics. Fanfiction is a way for fans to explore their own lives in the safe space of story. You can also choose as a reader what you wish to see. Do you want a fluffy piece of romance? A horror story in the depths of Coruscant? And crack adventure where everyone is hopped up on sugar? A mystery that needs to unravel? The choices are endless!

Fanfiction is such a wonderful place to explore in fandom. On my personal favorite fanfic site, Archive of Our Own, there are 10,000+ Clone Wars fics to choose from. Go wild and have some fun. Maybe write a bit of your own!

Until we get the next animated show, I hope these help you get through the void left from Clone Wars’ finale.