You Should Be Watching Ultimate Tag 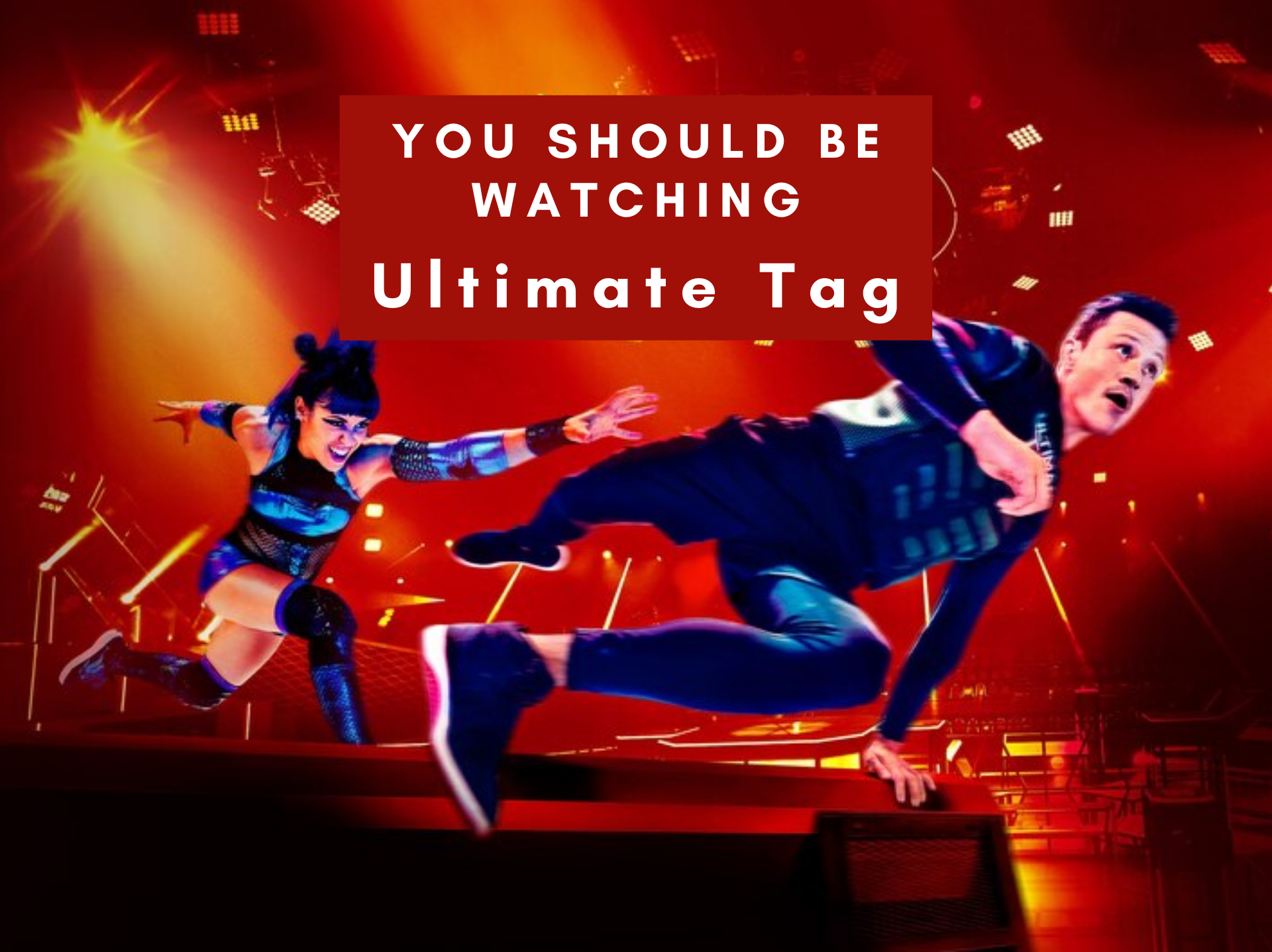 Today, I want to talk about one of my favorite new shows:

Now I know this is a bit outside of what I normally review. It’s not animation, podcasts, or Star Wars, which is usually my focus. But since this show is filled with beautiful men and women that are really attractive and I’m a proud Bi/Pan woman, I’m placing this under the “Queer Discussion” part of my brand.

Ultimate Tag has become a weekly staple. It’s very nostalgic for me in a lot of ways. Going into the show, there was no indication in the promotional material that the pro-taggers would be in character. When I sat down to watch the first episode and saw the taggers have names like The Geek, Iron Giantess, Banshee, and Caveman, I squealed with delight. I grew up watching professional wrestling with my dad. The show reminded me of those good times we spent together.

Having the characters with names and personas gives Ultimate Tag that grandiose wrestling feel. At times it can be a bit silly, but that’s in no way a slight towards the show. It makes it really fun especially when they mixed the characters together. Seeing Horse and Viking team up, you know it’s going to be a brawny throw down. The Flow is all speed and will fly in to beat the competitors. It adds a narrative, however subtle, to this competition show.

Having even a basic narrative with larger than life characters adds to the escapism of Ultimate Tag. Any kind of escapism is desperately needed right now. Look, 2020 sucks. It’s been a really hard six months for a multitude of reasons. People’s mental health can only take so much before we must allow ourselves to have some sort of reprieve. Seeking escapism is not a bad thing. Taking an hour to sit and relax allows you to recharge. If you push too much, you will break. Our mental health needs downtime to function properly.

Ultimate Tag has been an escapist show for me. It’s just good, clean fun that everyone in the family can enjoy. It’s a simple concept that’s executed in an extreme setting. The competition leaves me on the edge of my seat. As one of the promos for the show said, Ultimate Tag helps fill the hole left from the lack of sports. The show has done that for me. I love sports. I crave watching competition. Like comic books, sports are a never ending narrative. Each season has its own storylines, heroes, and villains. Sports is the escapism for so many people including myself. But it’s understandable that sports had to shut down in a Coronavirus world. It was the right decision. Ultimate Tag has filled in some of that gap. It might not be my boys of Atlanta United, but it does make the wait for sports a bit more manageable.

I think my favorite part of the show is when the pro-taggers break character. In those moments, you can tell they’re having the time of their lives. They’re supportive of the competitors. When the taggers get bested, they reward their foes with high fives and encouragement. This show is wholesome. Even when there is “drama,” it’s all in good fun and part of the story. It builds the narrative which adds to the series as a whole. While you root for the competitors to win, you want to see the pro-taggers succeed too. If The Boss missed a tag in round one, I cheer when she flies out in round two and conquers the stage. If a competitor smack talks Dynamite, their rematch is heightened to see who will come out on top. There’s never any negativity. Everyone wants to do their best and show their support, both with taggers and competitors.

My only real complaint for Ultimate Tag is I want more of it, which is a great problem to have. I didn’t realize how much amazing content was cut from the episodes until I found the Extended Play videos on Fox’s YouTube page. In the Extended Play videos, more time is given for the pro-taggers to showcase their characters. Like I had no idea that Beach Boy liked to throw out adorable funky moves while he competes! It’s precious and hilarious and character building and I love it! There’s more interviews with the competitors which builds the camaraderie within the competition. It sucks that content like this has to be cut out for the main broadcast. It’s like getting the special edition cut of a film adding to a story. It made me realize how much more this show could thrive if it was 90 minutes. In the hour slot it has now, it’s just the barest of bones. If the show was longer, it would fully flesh out how truly amazing Ultimate Tag is.

Their YouTube channel could also be a place for the pro-taggers to give commentary or even a behind the scenes look at the show. I’ve enjoyed seeing that content on the tagger’s personal Instagram and Twitter accounts. Fox should put in some of the work by building on what their taggers are already doing themselves. They could utilize this kind of content and make it an “after the episode” web series. It could also fill time between seasons. That would be really cool.

I’ve really fallen in love with Ultimate Tag. At the time of writing this, it hasn’t been renewed for season two yet. I hope it does and is also allowed a space to grow more. I know filming season two would be extremely difficult with the Coronavirus. This is a contact based show, and everyone’s safety is the most important thing. I’m more than happy to wait until it’s safe for them. If I have to wait another year, two years, five years, or more, I absolutely will. It will be worth it. I’ve fallen in love with these characters, the thrill of the competition, and this little chunk of escapism from our world.

Ultimate Tag is awesome. You should be watching it.