The Owl House Review: Adventures in the Elements 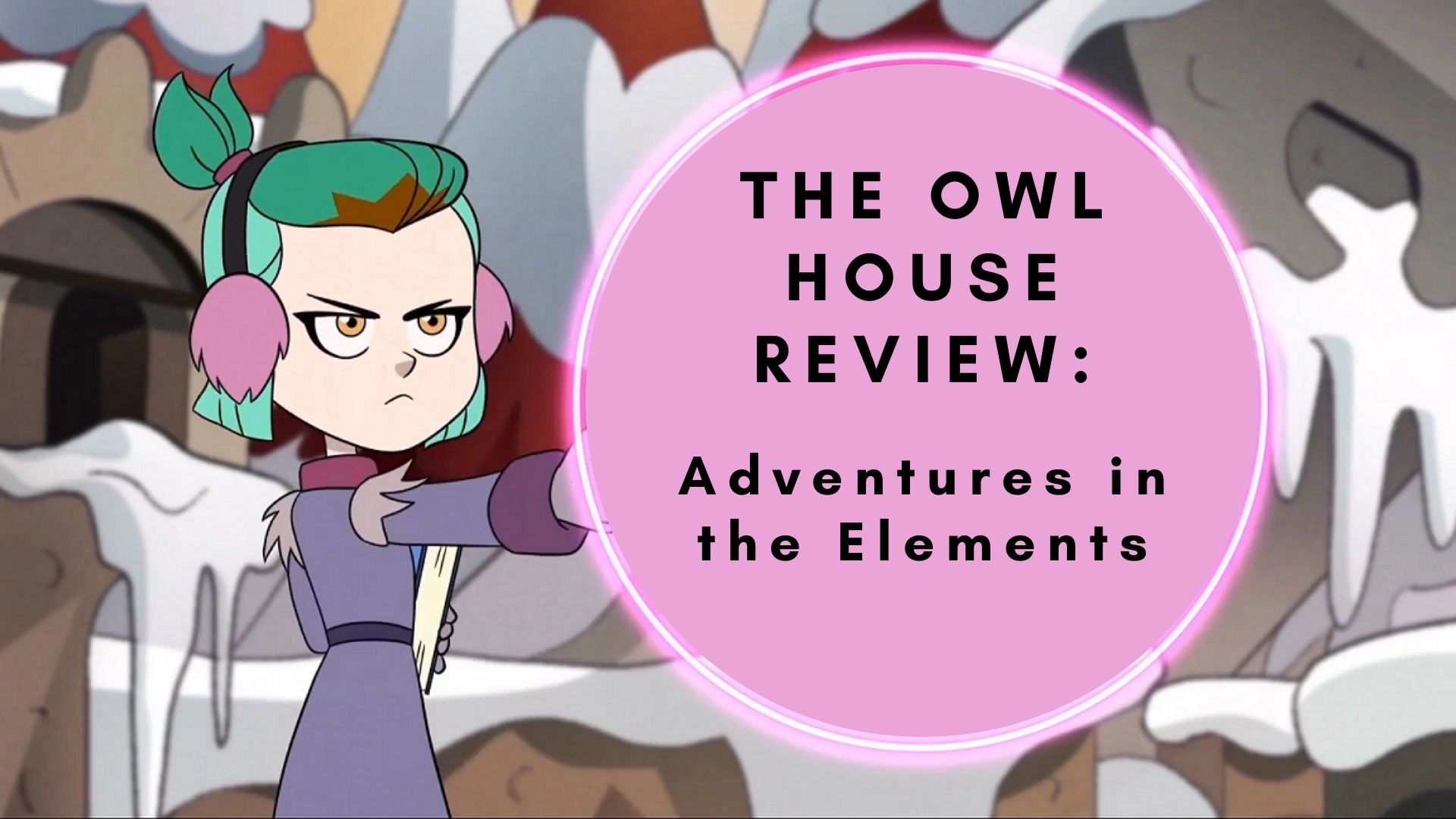 I’m happy that I was able to avoid spoilers for “Adventures in the Elements.” I was aware that it was released early in international markets before last week’s episode, but I wanted to watch them in airing order. This was a really great episode and worth the wait.

I find myself falling more and more in love with the magic system of The Owl House. It’s familiar in a lot of ways. It reminds me of Cardcaptor Sakura, My Little Pony, She-Ra and the Princesses of Power, and of course Harry Potter. But it’s so unique in the world it’s set in.

Seeing Eda’s methods teaching Luz raw magic verses how Amity and her siblings learn spells is setting up Luz to probably become a very powerful witch. Eda understands that that Luz is in a unique situation being a human. Luz will more than likely struggle with the “standardized testing” magic lessons of Hexside. Because she’s not like everyone else in the world, Luz has to find different ways of learning. She has to experience raw, wild magic. It’s different from where Amity, Gus, and Willow started. I’m very interested to see how Luz handles being in school. She will get the practice and structure at Hexside, but Eda’s going to be the one to really teach her how to harness her potential.

At first, I was a bit frustrated with Luz lying about knowing a second spell, especially after the library and convention episodes. She knows that Amity does not like lying because of her older siblings constantly messing with her. It doesn’t help that Luz takes Amity’s possessions either. But the more I thought about it, this is really nice writing for Luz. She’s fourteen years old, and she should be allowed to make these mistakes. I think too often we hold protagonists in animation to adult standards, which just isn’t fair at all. Luz’s motivation is she wants to fit in. She wants to be accepted by Amity, especially after the failed attempted in previous episodes. She’s finally on good terms with Amity as well. Luz is completely relatable in this situation. She has a real fear of being left behind in school just as she’s starting to get some momentum in her magic. This is really good writing for her character.

While it’s about Luz, my only real gripe of the episode is how they’re starting to reuse storylines this early on in season one. Again, we have a story about Luz wanting to take the easy way out of learning magic instead of putting in the work. That said, it works here. It allows the episode to grow the lore and add in new rules to the magic system. I just want the creators to be careful about falling back on this story beat. It could easily become redundant when used so often.

I just really love Amity as a character. To me, she’s the best written person on this show. In twelve episodes, she’s evolved and changed so much while still being the person she was in her debut episode. She’s so fleshed out too, being both upset when Luz messes up and proud of her new friend when Luz learns a spell.

The return of Emira and Edric was a delightful surprise. The moment I saw them, I was on guard after the library episode. I was wary of whatever prank the twins would try and pull on Luz or Amity. But to my amazement, they really showcased in this episode what makes The Owl House so great. Characters like all three of the Blight siblings were introduced as bullies and antagonists. The show progressed with Luz taking the time to get to know them as individuals. This allows for incredibly layered storytelling. Emira and Edric aren’t malicious. They’re just older siblings that like picking on their little sister. They know they REALLY messed up in the library as we see them overly trying to make up for it here (as another way to also mess with Amity, but this time it’s out of care). And they clearly love Amity and are proud of her. They wouldn’t be helping her train with magic if they didn’t love her.

It’s writing like with the Blight Siblings that makes the Owl House so good. They present the audience with the first impression of a person, and then slowly humanizes them over time. This show is constantly altering expectations which makes it fresh and new.

The King and Hooty B-Plot is fine. It’s cute and adorable. It has great one liners and gags. There’s nothing wrong with it. It’s just that the main plot had a lot more lore, character development, and story to it. Though, I love seeing Hooty being more active in the story. Being the literal door to the Owl House, there’s only so much he can do. I like these little plots when he can get involved.

Though, I did think at first that King was going to train the living vegetables. I was expecting a nod to the old Attack of the Killer Tomatoes cartoon for a brief moment there.

-I hope Hooty’s drawn on body stays or becomes a running gag in the show. That’s a brilliant moment. I would love to see them draw different bodies on him. Maybe one day he wants a dress. Luz could draw it, and Hooty thinks he’s beautiful. It could become an ongoing bit of “What body does Hooty have today?” It would give the fans something to look forward to seeing.

-Also, Hooty with headphones is adorable, and I want him to have all the nice things.

While last week’s episode was good, “Adventures in the Elements” had everything that makes the Owl House a stellar show. We got to dive more into the magical lore, both Luz and Amity are developing nicely, and I was truly surprised how much I liked the Blight twins this week. All around, this was a solid episode.