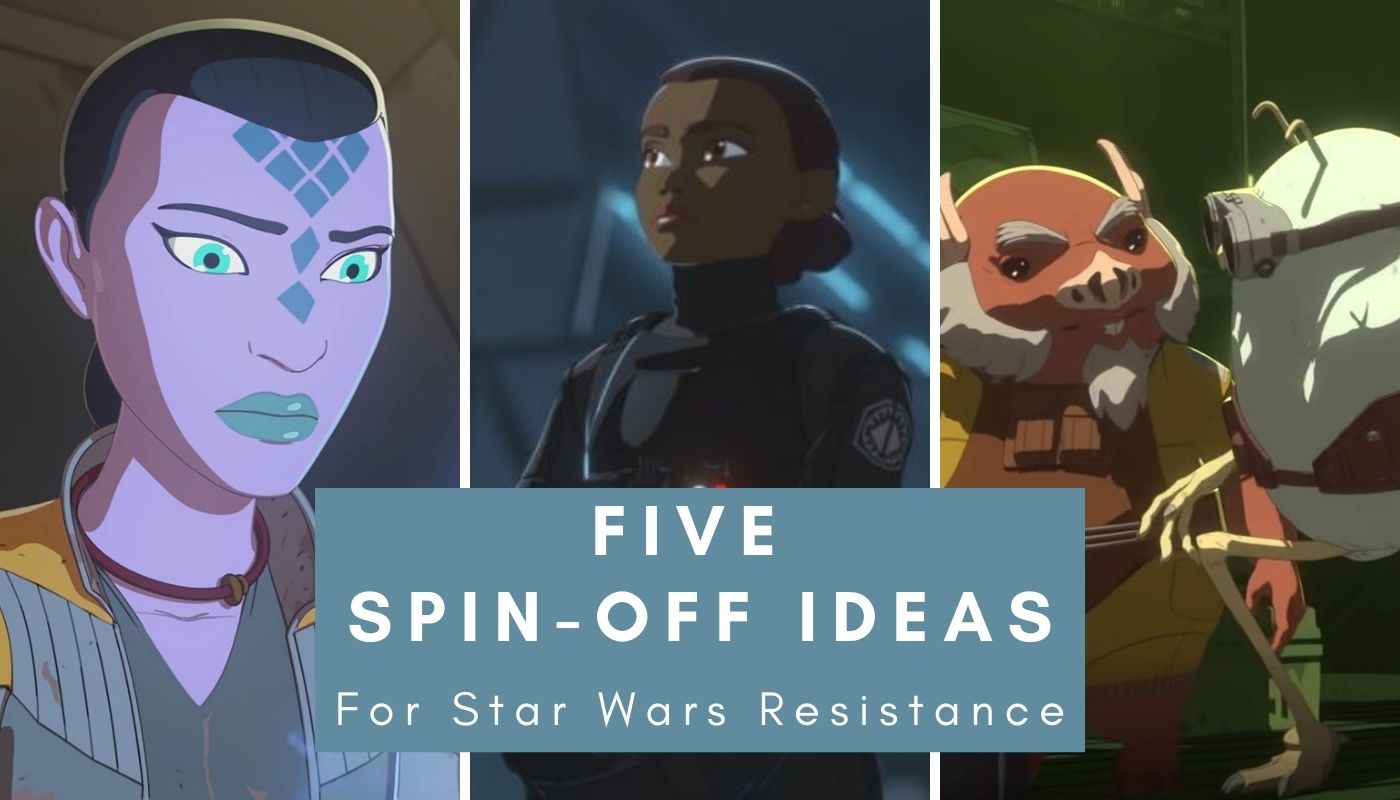 While I’ve talked a lot on this site how Star Wars Resistance needed a third season, there is another option that could be explored to return to the story and characters of the show:

While spin-offs usually refer to new television shows, I would be open to see these characters return in other mediums as well. They could be in comics, books, and YouTube shorts or series like Jedi Temple Challenge. Star Wars Resistance had such a large cast with so many interesting people to explore. I was left wanting to know more about them.

Here are five spin-off ideas and what mediums I want to see them presented in. 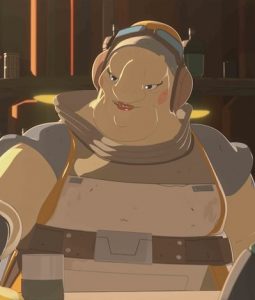 We don’t know much about her past in general, but she did drop many tasty bits of information throughout the series. Not taking crap from anyone, she knew how to fight and defend herself. Familiar with the ways of the Empire, Aunt Z recognized the threat of the First Order on the Colossus. She’s comfortable around people from all walks of life, treating the teenage protagonists and the pirates as equals in her bar.

But there is one more interesting bit of info we have on Aunt Z which is she has a friend on Takodana. The most notable resident of Takodana is Maz Kanata. Maz is a pirate queen, smuggler, Force Sensitive badass who has lived for over a millennium. Maz also has so much room for exploration too.

Spin-off Medium: I want to see either a comic miniseries or a novel about young Aunt Z being taken in by Maz. It’s where Aunt Z learns the ways of the underworld while exploring both of these women’s pasts. Though, an audio drama with Lupita Nyong’o and Tovah Feldshuh reprising their roles would be so good! It could be Aunt Z retelling her past adventures to Team Fireball, spinning epic adventures about her and Maz. The main Resistance cast could return for it. I would pay so much money for this audio drama.

This would be to focus on Griff, Bo, and Freya who were all woefully underused in the series. At least Griff got a backstory shoved into the final episodes. But Bo and Freya got nothing for the entire show. We don’t know anything about their pasts, their motivations, or why they’re on the Colossus in the first place. There is so much to explore with the Aces that we never got in Star Wars Resistance.

Spin-off Medium: I think a YouTube miniseries would be great for the Aces. We saw a little bit of them in the Resistance shorts. But imagine five minute episodes of Captain Doza recruiting each Ace. It would give us a look into Bo, Freya, and Hype’s lives prior to the series. Torra’s story could include her mother, Venisa, encouraging her to fly. Griff’s could be centered on him and Imanuel defecting from the Empire together.

Speaking of Griff and Imanuel, there’s also no reason not to include them in comics, books, and stories that take place during the Imperial years. Can you imagine in the current Darth Vader comic run by Greg Pak seeing Captain Doza and Griff in the background of a scene? Or maybe they are the captain and pilot that aid Vader on a mission? Maybe something that Vader does pushes them towards defecting. Put Imanuel, Griff, Venisa, Yeager, and anyone who is alive at this time period into the comics, please! 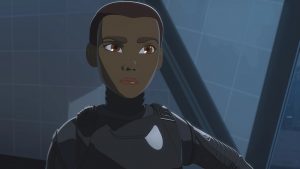 While Tam is probably one of the best written characters of Star Wars Resistance, I do wish we got more into her story in season two. She had joined the First Order. She was excited to get an opportunity to finally be a pilot. But as season two progressed, she saw that she had joined the villains and looked for a way out. It’s a good story, but it’s incredibly rushed in the second season.

Spin-Off Medium: Let Justina Ireland write a Tam Ryvora novel set in season two. With a book from Tam’s point of view, we could really see the inner workings of the First Order, how they train, what the day to day life was like, and more. But where I think Ireland could really shine is analyzing Tam’s thoughts trying to find her place in the universe. She could write Tam so desperately trying to hold on to her identity while in a fascist organization trying to erase it. This would be an absolutely stellar novel, and Justina Ireland would crush this. 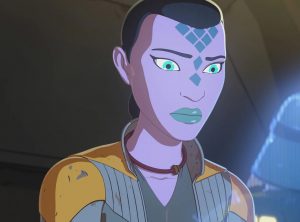 Synara is one of the most dynamic characters of the show. Like Tam, she has a great character arc that sees the once ruthless pirate change into a reliable friend ready to defend the Colossus. One of Synara’s early story beats her is trouble trusting people. Synara might be a charismatic woman, but she’s not comfortable showing who she truly is and talking about her past.

Spin-Off Medium: Which is why Synara’s past should be the focus of her spin-off. Raised by pirates, there’s an entire world of scum and villainy to delve into. Maybe there could be some crossover with The Mandalorian where Din Djarin and Baby Yoda run into her pirate gang in later seasons. Oh man, give me young Synara in The Mandalorian! Give me little girl Synara playing with Baby Yoda! It would be too cute!

But I think a comic miniseries would be great for exploring Synara’s past. It would be a wonderful visual medium that would not only capture the vibrant life and dangers of pirates, but it would also be able to handle those quieter internal moments as well. With a five issue miniseries, we could really see Synara’s origin story. They could even bring back old favorites like Hondo as well. 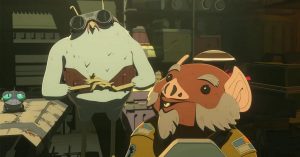 The first on screen queer couple of Star Wars are fan favorites for a reason. They’re funny, smart, and know how to chew up a scene. They’re staples of Resistance for a reason. Orka and Flix are one of the best parts of the show.

Spin-Off Medium: Give these two a full miniseries. They need eight to twelve episodes for sure. You could start with how they met. Maybe Orka fell in love with Flix during his failed cantina singer days. It would let us explore queer relationships with two characters that people already adore. They could even play the series as a comedy too with humor like the Lego Star Wars shows. Orka and Flix could provide meta like commentary on the changing galaxy while exploring their own story.

Give it musical numbers! Let it be bright and flashy! Let these two chew up every single scene they’re in! Give them quiet moments realizing they’re falling head over heels in love with each other! Make it a celebration of queer romances! It could end with their arrival at the Colossus to start their new lives. Let Jim Rash and Bobby Moynihan cut loose and have the best time improvising! Make it campy as hell! Give us a tale that fixes the poorly written queer content in the series.

Give them a big, gay show, you Disney and Lucasfilm creators!

I would also take a movie with these two as well.

Those are some of my picks for Star Wars Resistance spin-offs. What would you like to see? Let me know in the comment section.