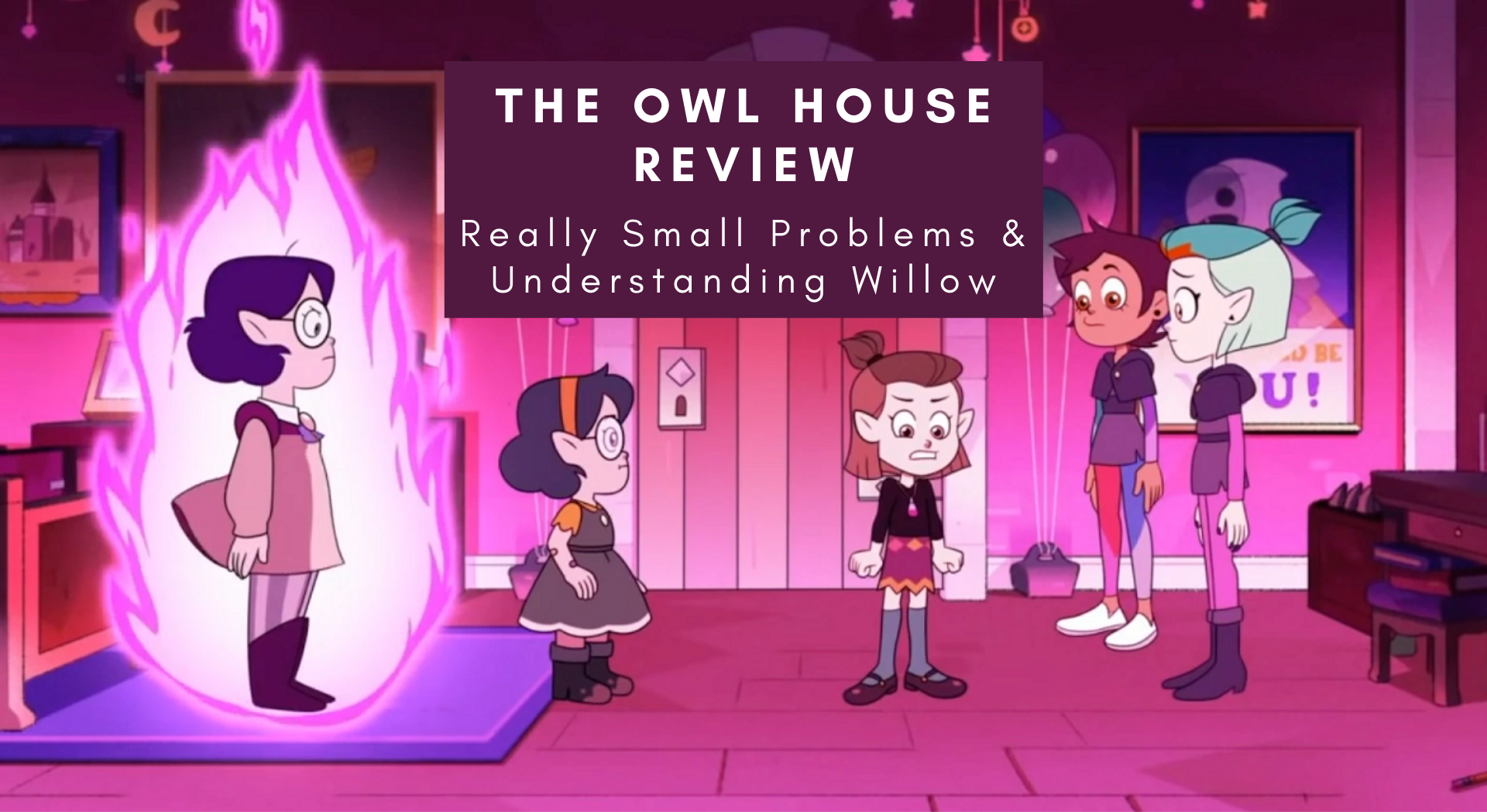 It’s a perfectly fine little episode. It’s fun to see the return of Tibbles. I think he’s a good antagonist for smaller episodes like this. If developed correctly, he could be King’s main protagonist like Lilith is to Eda. Overall, this was a fun little romp adventure episode which delved into King’s feelings. 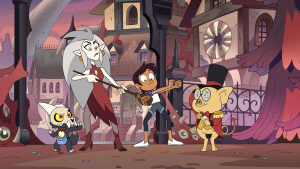 But it’s also territory that has been explored before with King. While it hasn’t been dealt with on such a deep level with Luz in relation to her school friends, it’s still a narrative we’ve seen bits and pieces of all season. I said in my review for “Adventures in the Elements” that I’m starting to get worried about the creators repeating storylines this early in the show. I don’t want this show to become redundant, which is what “Really Small Problems” felt like to me.

I do want to mention something that NerdWire brought up in their review. For the last few episodes, the point of Luz leaving the Boiling Isles is starting to become a prominent plot line. I have to wonder how much time is passing in the season. Is season one the full summer? Will Luz have to make the choice soon between returning home or staying on the Boiling Isles? As The Owl House has already been renewed for a season two, I am predicting a tone and story shift coming with the finale. I think season two is going to move away from the daily school days story and shift to a world building, traveling the lands, adventure narrative.

So let’s move onto “Understanding Willow” which was the meatier of the two episodes.

I had so many feelings as we dove into Willow and Amity’s pasts! Luz was absolutely living out my emotions this week. I have been waiting for this storyline for a while now. Ever since Willow mentioned she used to be friends with Amity as well as Luz becoming closer with Amity, I knew these two storylines would have to crash into each other at some point. And man, this episode did not disappoint.

Also, I love tropes of going into people’s minds. This episode jimmied all my jams. 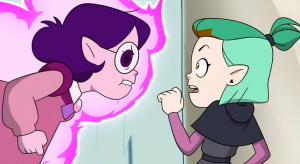 Willow’s “out of sight, out of mind” motto is about as helpful as Elsa’s “Conceal. Don’t feel.” It is a destructive way of thinking that can lead to a very unhealthy mental path. It can erupt with the right prompting which we see in this episode. Willow is clearly hurt by Amity from the past and the present. Her pain is so great that her mental side is a fire monster destroying anything related to Amity. Willow’s mental self is so furious at Amity that it’s willing to destroy Willow’s mind to protect her from her ex-friend. That’s some serious trauma. Willow was inflicted not only the childhood pain of losing a friend. She continues to suffer at the hands of Amity who hasn’t prevented Boscha from bullying her. Let’s also not forget that back in episode three, “I Was a Teenage Abomination,” that Amity willingly bullied Willow on her own with no peer pressure prompting her. Willow has the right to be pissed off. She’s done well at hiding her emotions up to this point. Willow always seems so put together and mature, often the one to keep Luz and Gus in check. But the creators allowed her to air all of her grievances this week. It also allowed her to start the healing process as well.

This story has two sides though. We dive into a little bit into Amity’s past traumas as well. 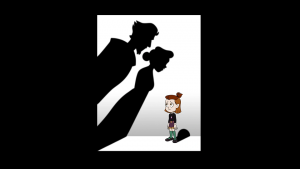 Coming from a prominent family, Amity is under a heck of a lot of pressure. Her parents suck. They’re manipulative, controlling, and care more about status than their daughter’s happiness. They even threatened Willow, who was a child. It’s never okay for adults to threaten children. So as a kid, Amity pushed Willow away to protect her.

This doesn’t make it right, which was Luz’s role in the story. Luz held Amity accountable for both her past mistakes and her actions in the present. Amity has to atone for her actions. It’s one thing as a kid being scared to stand up to her parents. But it’s another thing and far worse that Amity didn’t try to make amends as a teenager. Amity chose to ignore her and let Boscha tease Willow. Amity chose to bully Willow in private back in “Abomination.” She could have helped Willow in the woods with her project, but instead Amity called her “Half a witch.” Choices have consequences, and Amity has to face hers. Even if she had communicated in private what happened with her parents, at least Willow would know Amity felt pressured into pushing her away.

But then of course we wouldn’t have the plot of this really great episode, so…

Amity is a good person, but she’s also a very flawed person. That’s part of what makes her so fascinating as a character. And look, Amity was a child when she hurt Willow the first time. She’s a teenager now. Part of growing up is making and learning these mistakes. This is where the lesson of the story comes in for the episode. The longer problems are ignored and not communicated, the more painful it will be when it comes to a head. We see this with both Willow and Amity.

I like that Willow and Amity aren’t suddenly best friends again. Also, Amity puts their relationship status in Willow’s hands. Forgiveness is not something that Amity can force on her. It’s now Willow’s choice moving forward on whether or not to let Amity back in her life. Amity has to live out her declaration too. It’s one thing to say she will hold her popular friends accountable. Now she has to actually do it and earn back Willow’s respect. 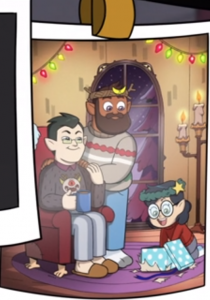 -WILLOW’S DADS! WILLOW HAS TWO DADS! Remember just six years ago in 2014 when Disney wouldn’t let Alex Hirsch have two old ladies fall in love on Gravity Falls so he flat out called them cowards for giving into bigots? Progress has been made in Disney animation!

-Eda being arrested by the Fun Police was a fun little gag. I love that they’re a bunch of actual clowns. Making police literal clowns is the 2020 mood I feel on a deep level.

-I feel like the Kid Fight bit with teachers rooting on the students was a nod to Gravity Falls’ Baby Fights gag.

-This episode was huge fuel of Luz and Amity shippers. Amity was blushing up a storm this week. They were holding hands. It was super cute to see.

-“There is one way but it’s terribly dangerous and partially illegal… So you’re in the right place!” Oh Eda, you are the best.

I’ve really enjoyed exploring Luz’s school plots with her friends. Though, I am starting to miss Lilith and the Emperor’s Coven storyline. Hopefully that will be back soon.