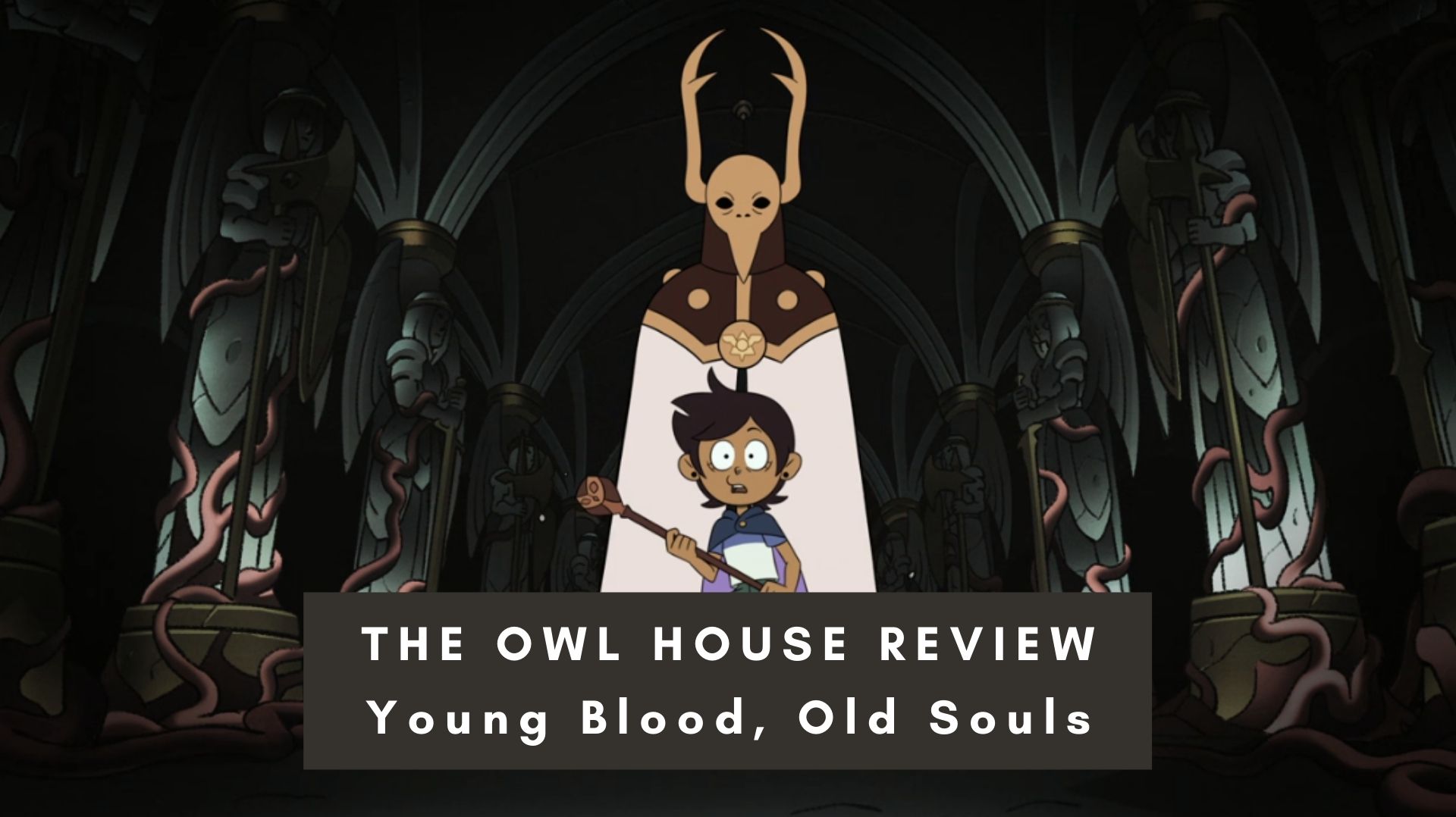 The Owl House wrapped up its first season with “Young Blood, Old Souls.” The finale was about Luz coming into her own as a hero to save her mentor, Eda. In the process, she ended up losing her only known way home to her mother.

I want to get my minor criticism out of the way first, because it impacted my viewing. I wish they had aired this episode back to back with last week’s “Agony of a Witch.” That was the emotional high of the season, while “Young Blood, Old Souls” was the narrative fallout from that episode. Having a week between these two episodes, I think it took away a lot of the energy going into the finale. These two work much better together in a single viewing. 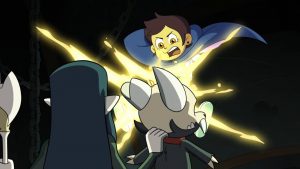 Now that that’s out of the way, I loved that this episode mixed up my expectations. It did a lot of things I had been writing about all season. We saw Eda and Luz’s influence in the world come face to face with Emperor Belos’ tyranny. The propaganda continues to be at work here. Lilith’s idealism of the Emperor was shattered.

But I wrote last week that Luz was going to get a big team together to fight the Emperor. I had said she would get all her friends and the Bat Queen together to storm the castle! Instead, it was a personal journey for Luz which was a much stronger narrative choice. With King and later Lilith at her side, Luz had to do this as part of her hero’s journey. Luz’s fatal flaw is her enthusiasm to a fault and getting in over her head too quickly. Every time, she has owned up to her mistake. It’s no different from this week when she put it on herself to rescue Eda.

Part of this was knowing when to ask for help too. Luz doesn’t have to like or trust Lilith, but Luz knew she needed Lilith to save Eda. This is good development for her. Luz always takes things upon herself and doesn’t always know when to seek assistance. This time, she recognized she would need Lilith’s aid. They’re reaching a great balance with Luz allowing her to make strong, informed character choices. 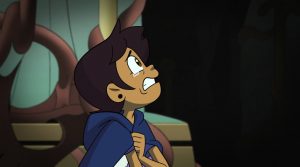 Like destroying the portal to the human world. That moment defined Luz’s journey this season. On the surface, it seems rash. But in reality, it was a longer played out means to an end. She needed to protect her world and also save Eda at the same time. Luz trusts that Eda and her friends will help her when asked to get her home. It’s clear she thought through destroying the portal. Luz has learned patience, and she’ll need it going forward. That was a great moment for her.

I’ve seen some fans upset about Amity being sidelined in the last two episodes. I get it. Amity is my favorite character too. Thing is, she’s had the best written character arc of the season. At times, Eda and Luz were sidelined for Amity so she could develop. I have talked about the lack of Eda story for multiple reviews. This finale needed to be about Luz and Eda’s journey to set up the story for season two. I would be surprise if they didn’t move Amity up from supporting role to main cast next season. So be patient. I’m sure there’s plenty of Luz and Amity content coming our way. 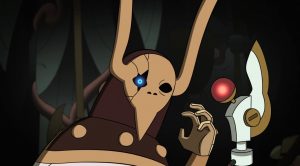 Emperor Belos continues to be the greatest mystery of all. I am already looking forward to writing a much long piece on the use of propaganda in The Owl House, because it’s a masterclass. I was surprised to see that Belos knows about the human world, and more specifically, Eda’s portal to it. It completely threw out my theory about him being the Titan personified. Instead, I fully believe he’s a human like Luz.

It makes sense if we can consider there are some hints based on our real world. Belos essentially came out of nowhere and took over. He uses a very mechanical staff. His castle is full of scientific looking instruments. And if he is from the human world, his use of propaganda is very good. He is similar to many of our real world tyrants, both in history and the present, in a lot of ways. 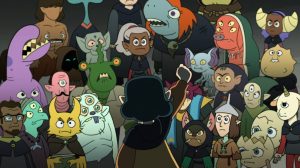 He’s even able to spin his loss into his favor announcing that “the Titan said to let the Owl Lady live.” The question is, who is still believing him anymore? The citizens might fall for it, but I think characters like Gus and Willow have been disillusioned from the Emperor. We see the importance of Luz and Eda’s influence on the world around them. No one had questioned Belos’ rule until the Owl Lady and the Human brought their individuality into his kingdom. I think this will be the series long conflict. I could see Bonesborough being ground zero for a small revolution that grows across the entire Boiling Isles. And I completely trust the writers of The Owl House to handle this kind of mature storytelling but in a young viewer way very well. 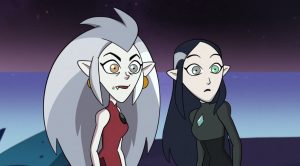 I think Lilith is going to be an interesting character moving forward. Part of me was really hoping to see her as a double agent inside of the Emperor’s Coven. That would be a very compelling story, similar to Agent Kallus in Star Wars Rebels. But at the same time, I like the openness of Lilith’s story. I honestly have no idea where they will take her. Her entire story up to this point has been her redemption arc.

Because let’s be honest here: Lilith made a mistake as a teenager who had been swayed by the Emperor’s propaganda. She clearly loves Eda as she has spent the entire season trying to help her. Is it misguided? Yep! But Lilith’s actions are based in love. The moment Belos breaks his promise, Lilith’s entire goal shifts into saving Eda and making things right. She fixes her mistake by reverting the curse and taking on some of that pain for herself. Now that she has been redeemed and atoned, I have no idea where she will go from here. I’m excited for it though. 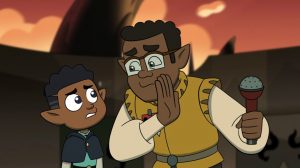 -Now that we have introduced all of the parents, I want to see them play a bigger role in the story. I always love adult mentor figures in animation like Kanan and Hera in Star Wars Rebels, Tenzin in Legend of Korra, King Micah in She-Ra, and Stan and Ford in Gravity Falls. Parents and mentors play huge roles in animated protagonists’ stories. It could also add to more of the world building of the series. Maybe the parents get fed up with the Emperor’s rule? Perhaps the parents’ parents were wild witches before the Emperor’s takeover fifty years ago? There’s a lot to be explored with parents of The Owl House giving insight to the younger generation.

-Speaking of parents, I’m honestly worried about Luz’s mom, Camilia. Someone is sending her letters pretending to be Luz. But at some point, she is going to realize her only daughter is missing. That’s going to be really emotional if we see that story in season two.

-Tiny Nose says in episode one that the world is a simulation and they’re all playthings for a higher being. What if there was some truth to that? What if Belos is building the simulation for the Titan, the higher being? That’s my wild and crazy theory.

I can’t wait for season two of The Owl House. While I do think we’ll get more school drama, I would love to see it expand the world more. I also hope to see the continued development of queer representation in the series. They’ve done such a great job thus far. It’s time to push it further.

I also look forward to doing a little deep diving on the series until it returns.

Until next time, my friends! See you then!