Digimon: The Movie: A Look Back 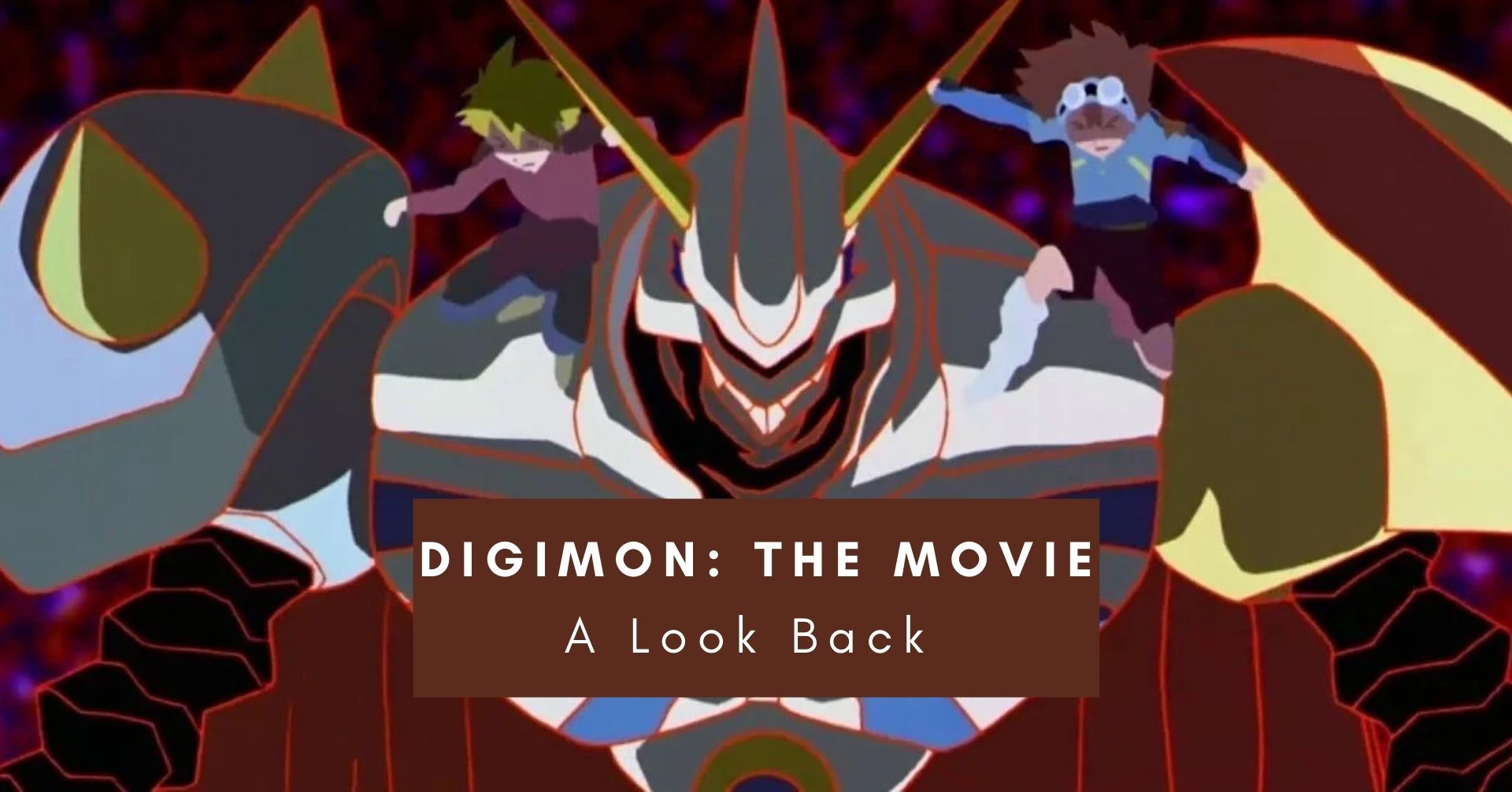 Yesterday on October 6th, 2020, one of my favorite movies from my childhood turned twenty years old. It’s a movie from a television franchise I love so much. This show was absolutely vital in my development both as a writer and as a person. I still quote the series two decades later. Goosebumps fill my arms when I relive certain moments in the show. And now as a reboot series is running while the final movie of the original franchise has been released, it’s clear that I will continue to love it. 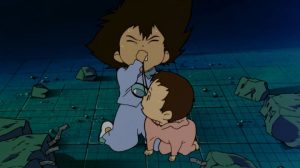 I don’t write too much about anime on this website as I tend to focus on modern American animation. Anime is a completely different beast of its own. But as I was raised on Fox Kids, I actually didn’t know that Digimon came from another country. Anime imported to America was a new concept to me. It wasn’t until I was older that I understood that American animation and Japanese anime were two different things. It absolutely changed my world when I found out other favorites of mine like Cardcaptors and Sailormoon were from Japan. I’ve discussed before how their censored content effected me as a queer woman.

Digimon was a progressive show to me as a child. I had never seen anything like it before. Watching and rewatching the series, pouring over every detail, looking up online forums, and reading some of my first fanfiction was the foundation of how I analyze media today. Sure, it didn’t have the budget of Pokémon, but it made up for it with an incredible narrative.

Digimon held a lot of media firsts for me. It analyzed loss and trauma, especially when we got into Digimon Adventures 02 with Ken’s arc. Wizardmon’s death still hurts me to this day. It also looked at complicated family dynamics as well. Matt and T.K.’s parents were divorced, which I had never seen before. It’s a situation that clearly impacts all four of them in different ways. When my own parents divorced, I found myself returning to those episodes for comfort even though I was in college. It handled what it meant to be a hero from multiple points of views. As an adult, I can see the darker elements of what it is to be a child soldier and how that effects the mental health of our DigiDestined. It was absolutely the foundation of how I analyzed later shows like Avatar: The Last Airbender and She-Ra and the Princesses of Power handling similar themes. 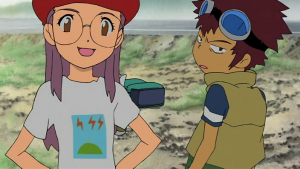 The only thing the series is really missing is LGBTQA+ storytelling which would have sent tiny queer me to the moon! Let’s be honest here: I know she gets together with Ken, but Yolei would have made a hell of a lesbian. She rides that borderline queer coding for much of the series. Thus, I will always headcanon her as at least Bi/Pan with Ken being super supportive of his wife’s queerness.

It’s the characters that truly sell Digimon to me. Everyone has a role to play in one way or another. They’re so relatable at different stages of the story that we all can see ourselves in each person one way or another. Digimon is both about the wonders of childhood and growing up. As Digimon Adventures 02 began to air, I was in the tumultuous year of seventh grade. The 02 season has an extra special place in my heart. We got brand new characters and dynamics to explore. But I also got to see the original DigiDestined at a different stage of their lives. They were facing the awkwardness of teenage years which I was on the edge of entering. Even though they were all still friends, they faced new relationship dynamics. I still scream at Tai finding out that Sora has a crush on Matt. They also got to take on mentor roles, especially T.K. and Kari. They weren’t children anymore. Instead, they became good leaders who used their experience to help the next group of DigiDestined.

When Digimon: The Movie was announced, I was so excited. Little me bugged my poor parents constantly about the importance of this movie. It was going to be my everything. It’s all I could talk about. I don’t remember exactly how I found out (probably the early days of the internet), but I had also discovered that Raidramon would make his first U.S. appearance in the movie. This blew my tiny mind as he hadn’t been on television yet! I had to get there on opening day. 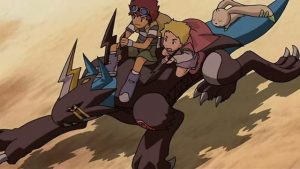 Bless my Mom who always embraced the nerd side of my life. I can only imagine what it was like to sit through that movie as your child babbled at you going, “No, Mom! You don’t understand! Raidramon is going to be on the TV TOMORROW! We can see him right now!” Bless her forever. Because I remember how excited I was to be one of the few people who saw him before he aired. I definitely bragged about that in school on Monday like I was some big shot.

The soundtrack continues to be one of my favorites. I still have it! I brush it off from time to time to relive those early 2000’s feelings. It actually introduced me to several bands and genres of music. I remember being in high school, and the guy I was dating put on “The Impression That I Get.” I joyous shouted, “I love this soundtrack! Did you use to watch Digimon too?” I was then informed who The Mighty Mighty Bosstones were which was the first time I realized what a soundtrack actually was. I spent that night looking up the bands for both Digimon: The Movie and Pokémon: The First Movie soundtracks with new vigor.

I still have “Run Around” memorized and get chills when I hear “Here We Go.”

Digimon: The Movie was so special to me for a lot of reasons. The animation blew my mind as I was being introduced to Mamoru Hosoda’s iconic style. The script is the true treasure. I’m amazed that Jeff Nimoy and Bob Buchholz took three separate movies and somehow turn them into a cohesive film. It has such a unique humor with amazing one liners that burned themselves into my brain. As others have joyously pointed out, Dorothy Fahn as Tai’s mom is the best hidden gem. While at times convoluted, the story works in it’s own unique way. It wasn’t created for critics who gave it low ratings. It was created for young fans like me who were so enamored with the series. 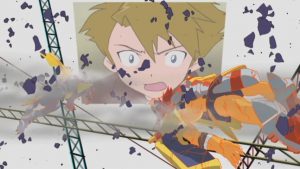 I’ve been thinking about Digimon a lot lately. Ever since Digimon Tri aired and I’ve followed Digimon Adventures 2020 the last few months, it’s really came back into my fandom sphere once more. Digimon never really left, but it’s been more prominent lately. It truly is one of the most pivotal shows of my childhood handling such heavy themes. I really want to go back and rewatch Digimon Tamers as an adult. I remember that being really traumatic as Jeri fought depression after her partner Leomon was killed. I think I would appreciate it much more now that I’m older and can understand those intricacies.

And I certainly have a lot of feelings about the series both looking back at the last twenty years and what’s airing now. I applaud the powerful writing for Mimi who is stellar in the new reboot. But lord, they are doing my boy Joe Kido so freaking dirty.

Maybe I should write about it more. I might not be the best candidate to write about anime as it is not my forte. But I do know about how shows like Digimon still impact me to this day. I know how they shaped me as a woman. I still hold it so close to my heart twenty years later. There’s a reason I haven’t brought myself to watch Last Evolution Kizuna, because I know it will absolutely wreck me for like a week.

The jokes. The animation. The music. The storytelling. Most importantly, the characters. Digimon continues to be such a special franchise two decades later. Happy twentieth birthday, Digimon: The Movie, you amazing gem.

Check out Jeff Nimoy’s tell all about the movie’s production. Also, Shamus Kelley from Den of Geek wrote a great article about why Digimon: The Movie is perfect.