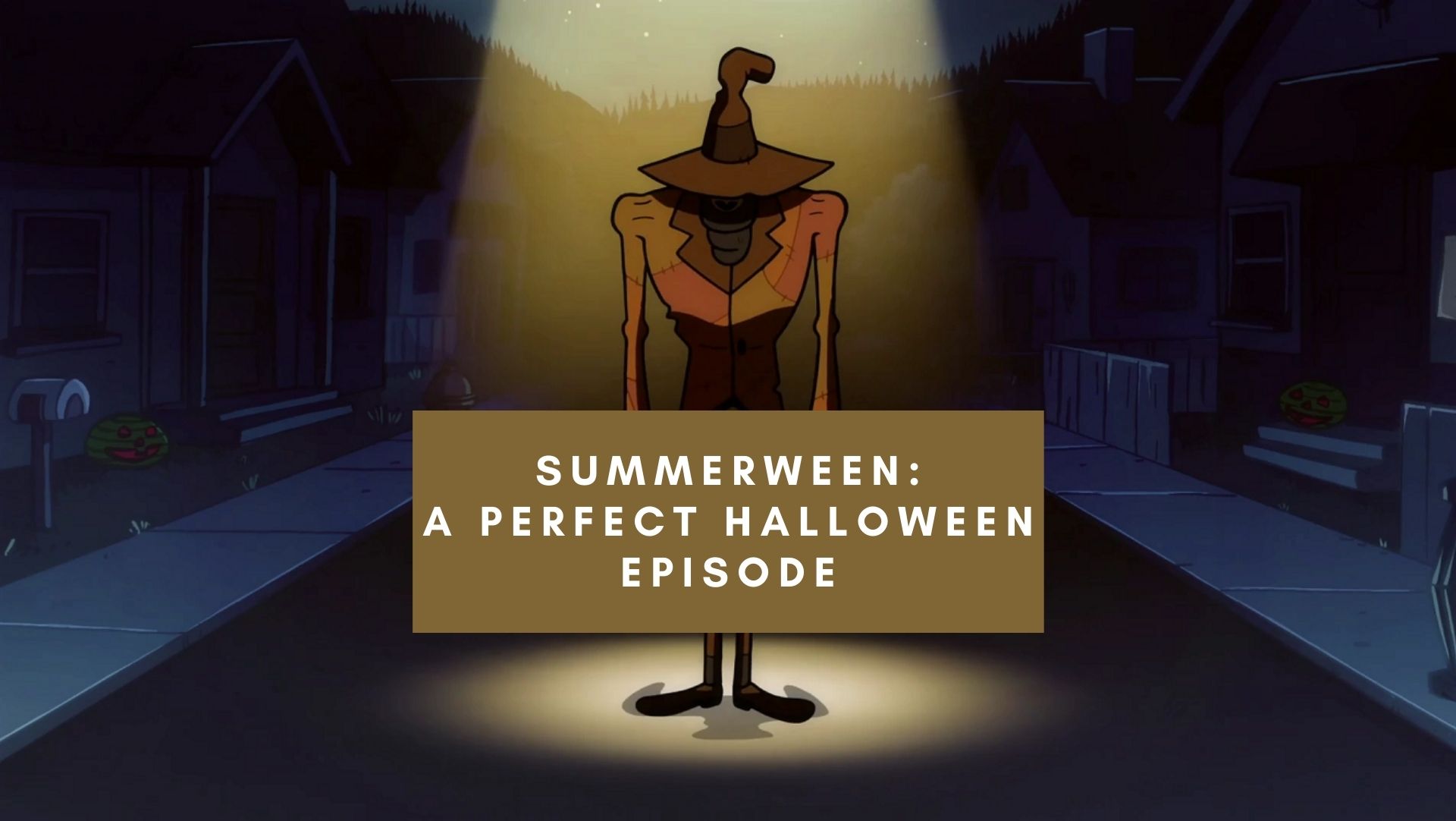 The Gravity Falls episode “Summerween” remains one of my personal favorite Halloween entries in animation. It’s an episode that I’ve watched every year since it’s airing in 2012. From the monster to the lore, it has that wonderful fall feeling despite the episode taking place over a summer break.

We recently covered “Summerween” in Hope Makes Chris Watch Cartoons, the animation podcast for this website. My co-podcaster stated he didn’t think that this was a good Halloween episode. So, because I’m petty and I love this episode, here are some of the reasons why “Summerween” is perfect for the spooky season. 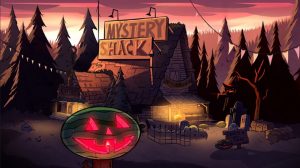 Summerween is an annual holiday in the small town of Gravity Falls. It’s either June 22nd or the second to last Friday in the month. According to the episode, the people of Gravity Falls loved Halloween so much that they celebrate it twice a year.

The aesthetic of this episode screams Halloween. In many great movies like Hocus Pocus, the entire town gets involved with the holiday. It has that warm small town feeling as we see the adults embrace the day alongside the children. There are unique touches for the series as well. I personally love the Jack-o’-melons. It’s a watermelon that’s carved out like a pumpkin. It’s the one touch to episode that shows it’s still summertime in the series.

The popup Summerween Superstore is a nice touch as well. Where I live the moment it’s September, Halloween stores show up almost overnight in vacant spots to vanish just as fast in November. Halloween superstores are a unique sign of the season. As someone who worked retail for half my life, the employee’s reaction to the Pines family disrupting her work is spot on too.

But Summerween wouldn’t be complete without the lore behind the holiday. There are always spooky threats in these kinds of episode, and Gravity Falls created one of my favorites. 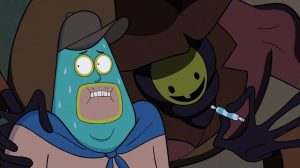 The Summerween Trickster is my single favorite monster of the week in Gravity Falls. He has two great designs over the course of the episode. The first is an elongating and shifting scarecrow like body, and the second pays homage to No-Face from the Hayao Miyazaki film Spirited Away. Jeff Bennett shines in the role showcasing a performance that’s both charismatic and terrifying.

But what makes the Trickster so great is that he’s the first real threat of Gravity Falls. Before Bill Cipher ever showed up, the Trickster threatens death on the children if they don’t get 500 pieces of candy before the last jack-o’-melon goes out. This is punctuated by him immediately devouring the most innocent looking child in the room who happened to be in the wrong place at the wrong time. Up to this point, the monsters had all been fun characters for adventure of the week romps. None of them threatened death on Dipper or Mabel.

The Summerween Trickster comes in like a force that doesn’t seem to have any weaknesses. And deep divers into the Gravity Falls lore know that he has killed before. 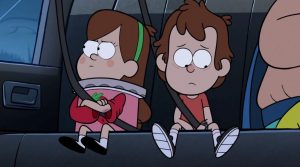 The meat of the storyline in “Summerween” is the conflict between the Pines Twins. Mabel wants to go trick-or-treating with her brother. In her mind, they’re turning thirteen at the end of the summer. They won’t be kids anymore. She doesn’t know how many Halloweens they have left to live these childhood milestones. Dipper, on the other hand, is perpetually trying to grow up too quickly. Fueled by his crush on Wendy who is a teenager, he tries to speed through the night in hopes of getting to a party. This causes the conflict before the Trickster ever comes in and steps between both of their plans.

Both of the Pines Twins stories are relatable. There’s a reason that we try to hold onto the feeling of holidays when we’re older. We try to recreate that sense of wonderment and adventure. Looking back on our childhood, it’s those moments that we cling onto. Still, who hasn’t been a teenager wanting to fit in with the cool kids. I remember when I used to think that stuff like trick-or-treating was for kids, and I was too old for such things. Now, I would give anything to relive those moments once more.

The emotional story of “Summerween” is what makes this episode work. It’s a character driven story that feels true for all ages. Everyone has been both Mabel and Dipper at some point in their lives. The monster is just an added bonus.

“Summerween” is such a great Halloween episode. No matter how many times I’ve seen it, I fall in love with it more and more. If you want to check it out, Gravity Falls is currently running on Disney+. I highly recommend the entire series if you haven’t seen it.

Also if you want to hear me and my co-podcaster Chris talk about Gravity Falls, check out our podcast Hope Makes Chris Watch Cartoons.