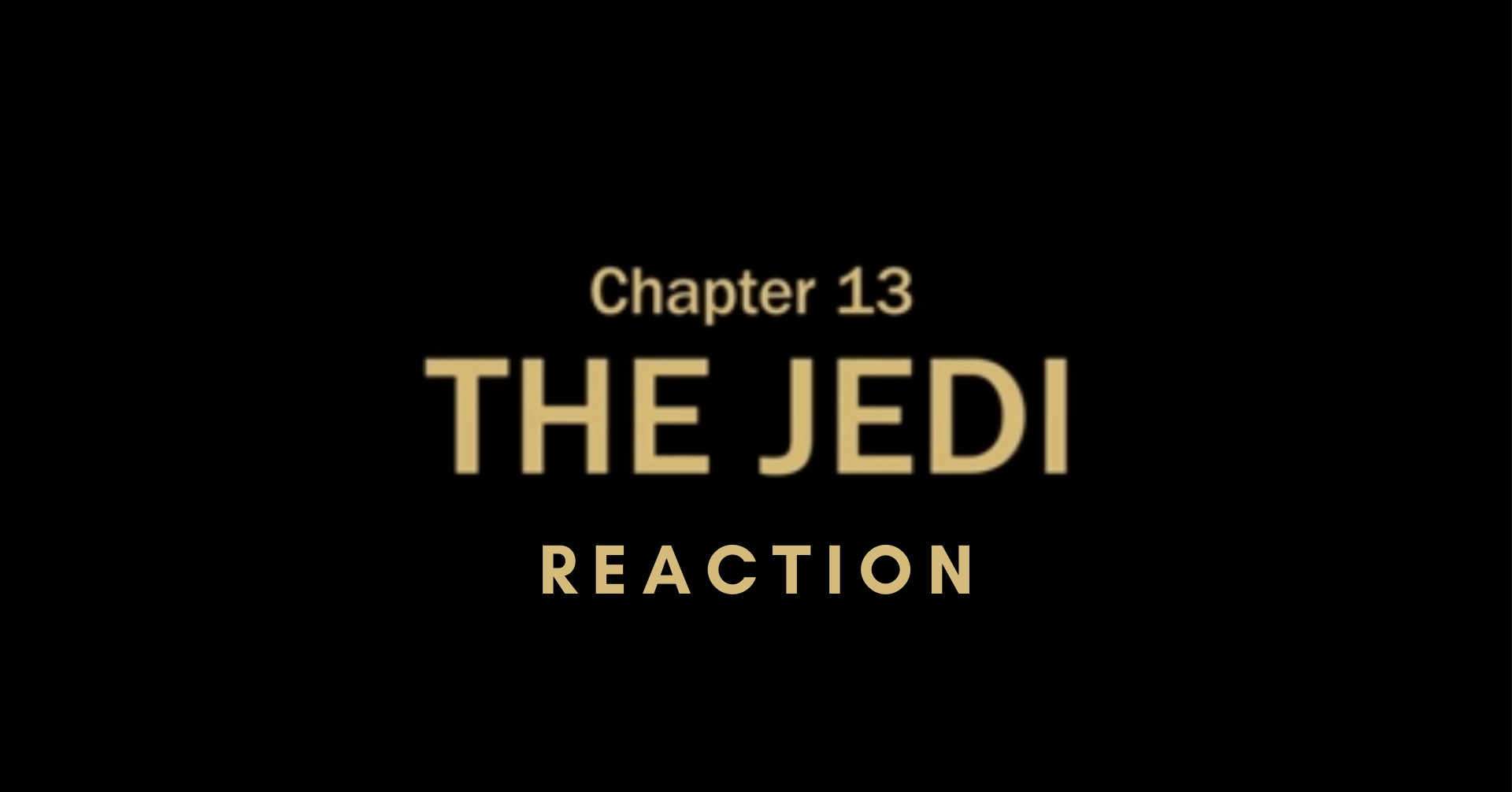 Normally I would wait until my Sunday review to talk about a new episode of The Mandalorian, but I had to get some things off of my chest. I have a lot of feelings about “The Jedi” and I needed to write them down.

I’ll try to keep this as spoiler free as possible. Part of the reason I usually wait until Sunday is because I feel more comfortable talking spoilers after a few days.

Also these are my opinions, and I’m just sort of free writing today to get my thoughts out. This is in no way a formal review. Enjoy my ramblings.

Now that I’m coming down from the emotional roller coaster of the Mandalorian, I’m finding myself with more meh thoughts about the entire experience.

I screamed at a particular name drop in the episode. Ahsoka Tano is my favorite character in all of Star Wars, but I’m a big fan of this other person. I did react positively and I SCREAMED hearing the name. But sitting on it, it turns out it’s my biggest fear of this show

I never wanted Mandalorian to be like Clone Wars. It works much better when it functions like Rebels or Resistance. What I mean by that is how it tells its story. Clone Wars’ function is to explain what the Clone Wars were between Episode II and III. Its purpose to fill in that gap. The Prequel Trilogy is essential to its storytelling. But Rebels and Resistance don’t need the Original or Sequel Trilogies. They stand alone on their own two feet. Yes, there are character cameos. Yes, they give some background to story. But it’s not needed.

This was a lot of the first season of Mando. It was very Rebels and Resistance as it stood on its own. But season two seems to be going in a new direction which was another fear of mine. Cameos are fine as long as it doesn’t take away from Din and Baby Yoda’s story. If they are there to enhance the characters (like Leia to Ezra), then it works. I feel it succeeded with the Boba reveal and Bo-Katan’s entrance.

I don’t feel that with Ahsoka. I have my own mess of feelings to work through with her. Rosario never sat right with me with her allegations. I feel they did Ashley dirty by not even talking with her. I talked about that a lot here. I feel they missed the mark on Ahsoka’s character. I have a lot to think on.

But if this is the direction of Mandalorian, then I don’t like it. This story is about Din and Baby Yoda. It should always be about them and their relationship. I was scared that these cameos would take away from them and put them in other people’s plotlines. Which is how season two has felt. Boba and Bo-Katan have purpose in Din’s story. But even then, I felt Bo overshadowed Din in the episode. It was the “Bo-Katan Episode” and he got a bit lost in there. It felt like he was setting up her story, not her helping his.

Granted, the show should be allowed to continue at its own pace and revealing what it needs to. I’m totally okay if I’m wrong and the Bo episode is important to Din in the long run.

Ahsoka did that for me here a bit too. It was cool getting some Baby Yoda story, but the execution could have been better. Showing not telling, you know? What if we got to see his story play out in a flashback other than having it told to us? Or Baby Yoda shared a vision with Din because he trust his Dad-alorian and showed him his past? There were other ways to do it.

And this was “The Ahsoka Episode” while Din and Baby Yoda were along for the ride. Ahsoka really is the perfect person for Din and Baby Yoda’s tale, but I think they missed her execution on a lot of levels.

If it weren’t for the music (cause I welled with tears at hearing her theme), then this didn’t read Ahsoka Tano to me. When has attachments ever been a bad thing to her (I can’t believe I thought of the lurmen episodes in that moment). This wasn’t Ahsoka from Clone Wars or Rebels. This wasn’t her in the Ahsoka novels. She felt distant, like she was only using Din for her own goals, but gave some Baby Yoda story as well. She felt cold. There was just something really off about her. She looked the part but her demeanor, words, and delivery didn’t match who we know her to be.

And maybe that was the point. It could have been the Ahsoka who told Hera to leave Kanan to die in Rebels season one, because it was for the greater good. But even then, Ahsoka was never cold to Kanan. She understood that Ezra’s protection was important because he was the future of the Force. She made the hard choice to pick Ezra over Kanan, and luckily, Hera and the Ghost crew ignored it.

But at the moment, that didn’t feel like Ahsoka Tano to me.

Now I need to watch the episode again. I’m going off the emotional roller coaster of the entire thing. But I really feel they missed the mark in a lot of ways. They got some things right too, because there were a lot of strong points in the episode. I also have to keep in mind we’re seeing Ahsoka through Din’s POV. He is the POV character, and the show is framed through his perspective. We could always end up getting it from her point of view in another piece of media and it changes everything.

I’m also open to my opinions changing. Maybe I’ll feel better on a second viewing. Maybe talking with friends will make it better. Once the season is complete, then it could reframe everything in a new light. I might feel meh now and like it a few months from now. I am always rooting for Star Wars to succeed, and I want to like this episode.

Also today is a good day to donate to this fundraiser.