DuckTales Should End After Season Three 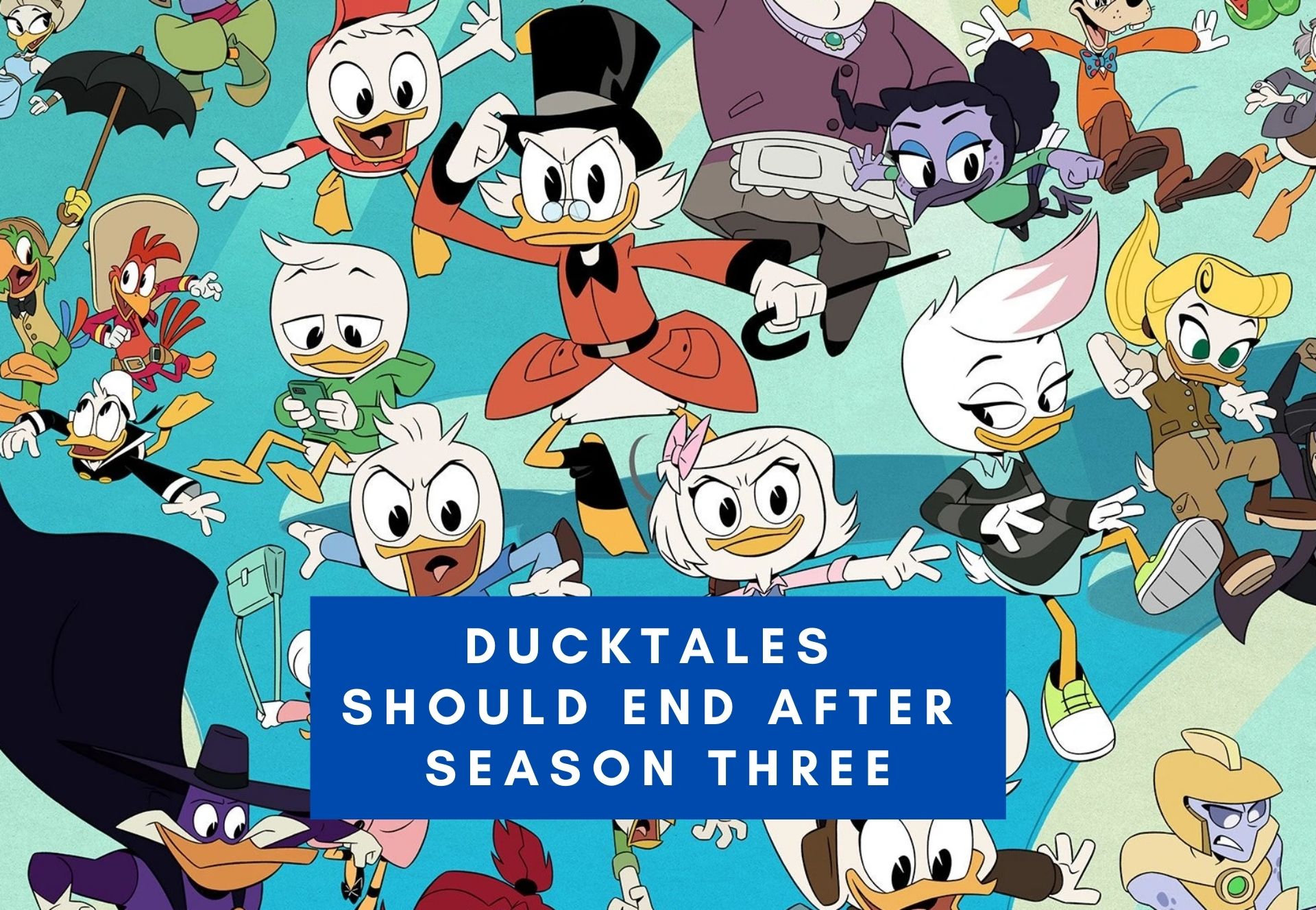 This article has been update with a statement from Frank Angones and Matt Youngberg confirming that season three of DuckTales will be it’s last:

There's been a lot of chatter around this today so Frank and I wanted to make sure you heard from us directly. We love you and your passion for the show, and so grateful for our amazing crew. There's a LOT of cool stuff to still look forward to #DuckTales pic.twitter.com/20uAe0oUWx

Here’s a statement from one of the series’ director and writer, Sam King:

and now that its safe for me to say, even though I wish we could have clued you all in earlier, the fans finding out from a random unrelated party right before the official announcement, in sighting minor chaos, was a huge unnecessary bummer.

Here’s is my original article:

This morning, I woke up to the sad news that DuckTales, one of the best animated shows on television, looks to be ending.

I love seeing the #RenewDuckTales2017 hashtag but regretfully inform you that the show is very much done and has been done for a little while now. Not sure why Disney Channel has yet to announce this, but it’s the truth. pic.twitter.com/AAyaXUorBA

Needless to say, I was pretty shocked though not surprised. While DuckTales is critically acclaimed, Disney isn’t the best at keeping their shows alive for the long run. It’s becoming a running joke that Disney XD is where shows go to die.

I reacted pretty negatively at first. I was just talking with Shamus Kelley and Sean Buckley last night about the strength of Donald’s writing as well as his possible copyright limitations in the series. It’s a show that gets people talking for all the right reasons.

This series has done so many amazing things over the course of three seasons. It has tackled heavy topics such as domestic abuse, trauma, and loss. DuckTales continued the wave of LGBTQIA+ characters in recent animation with Violet’s dads and Penumbra. It focused on the importance of mental health and trying to better oneself through therapy with Donald. All the while it was still an important show about family, both blood relation and found family. 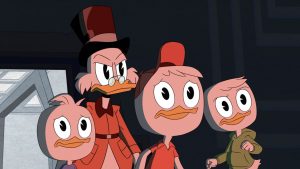 Now that I’ve sat on this for a few hours and mulled it over, there is an important question I do want answered in all of this:

There is a big difference between a show being cancelled and a creator ending a show on their own terms. Which is it for DuckTales?

Honestly, I believe it’s the latter. Looking back at the last three seasons, most of the major storylines have come to a close or are wrapping up. Yes, there will always be dangling threads as is the case in all television series that end. But the major stories have been addressed.

Della is home. Dewey and Louie have had their character arcs, and now Huey is into his with season three. Webby’s dream of having friends while being part of the Duck Family had come to a close. Not only does she have the triplets, she also has Lena and Violet. Really all that’s left is addressing Scrooge’s greatest foes through F.O.W.L. which seems to be the finale of this season.

Season three seems to be a perfect time to end the show.

I get why it’s upsetting though. I have fallen in love with this series. I am eagerly waiting to cover it in my podcast Hope Makes Chris Watch Cartoons. It’s become a new classic in the pantheon of Disney animation. It’s proven how to do reboots correctly while still paying homage to the original series. It’s opened up for a variety of possibilities for spinoffs. 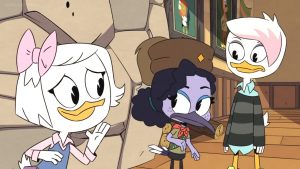 Animation is such a tough beast when it comes to ongoing shows. It’s lucky if they live past a handful of seasons. And when they do, it’s stressful when each renewal period comes up. It’s a miracle that Steven Universe not only got to finish, but also got a movie and a sequel series too. Rebecca Sugar had to fight for it. Something like Steven Universe is becoming rare with it’s relatively long run.

But when shows drag on and on, they tend to lose their sparkle. It can easily fall into mess tropes, lackluster jokes, and reused ideas. This is why I always love when a show chooses to go out on its own terms. One of the most notable examples is Gravity Falls.

Alex Hirsch chose to end his series after two seasons despite Disney pressuring him for another season. According to a Tumblr post he made, Hirsch said “I always designed Gravity Falls to be a finite series about one epic summer- a series with a beginning, middle, and end. There are so many shows that go on endlessly until they lose their original spark, or mysteries that are cancelled before they ever get a chance to payoff.” He went onto explain that it’s “a story about childhood itself… the fact that childhood ends is exactly what makes the show so precious – and why the viewers should cherish it while it lasts.”

I think it’s admirable when a creator chooses to end a series. That has to be a difficult choice in the end. There are probably hundreds of stories they still want to tell. DuckTales is packed full of minor characters who could each have their own ongoing arc. So it can’t be easy. If this ends up being Matt Youngberg and Frank Angones’ decision, it should be one that fans respect. We don’t have to like it. We can mourn the series. We can write long what if speculation think pieces of “What if there was a season four?” online. There’s the wonderful world of fanfiction and fanart to explore. But in the end, we should respect their choice as the creators. 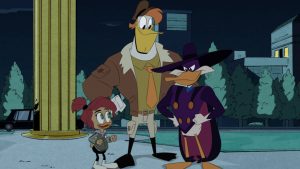 Besides, I don’t think this means we’ll see the last of the Duck Family. As I mentioned, DuckTales has set up the possibility for multiple spinoffs. Most notably being the pitched Darkwing Duck show. Just because it’s a different series, they could always return to Duckburg. They could do the occasional crossover episodes with the Duck Family as Launchpad and Dewey have ties to the Darkwing characters. If we got a TaleSpin reboot, Don Karnage already has a grudge with Dewey. If they did Goof Troop, then DuckTales has established Goofy and Donald’s friendship. Max Goof could have a team up episode for the Duck Triplets. They even squeaked in Chip ‘n Dale: Rescue Rangers (pun intended). Even if the show ends, I don’t think this is the last we’ll see of these characters.

And who knows? At the time of writing this, there is still no official confirmation that the show is ending. We could still get season four. But looking back at all the major stories, they’re just about finished. They would have to open up a brand new arc going forward.

Season three has been about exploring legacy. DuckTales’ run has created it’s own legacy that I believe we’ll see continue going forward well after the series has ended. It’s a successful reboot that looks to be setting up multiple new spinoffs. It reinvented classic characters in new ways. It brought in a new cast while tipping it’s hat to the original. It’s a success in its own right.

So let’s see the series go out on a high note.

It would be a “smarter than the smarties” move for them.