This review contains spoilers for The Mandalorian episode “The Believer”

I love messy Star Wars. Not the black and white, clean cut archetypes of characters or simple stories of good verses evil. I like when it’s personal, complicated, and makes you think. The best ones are when there are no heroes or villains; there are only protagonists and antagonists. I love when bad people do good things, and good people do bad things. It’s part of the reason Rogue One is my favorite Star Wars movie. We see Cassian Andor, who is supposed to be a hero for the Rebellion, murder a man in cold blood in the opening minutes. When redemption is hard and people must face their mistakes, like Alexsandr Kallus from Star Wars Rebels, Yrica Quell from Alphabet Squadron, and Ciena Ree from Lost Stars, that’s when Star Wars truly sings for me.

Sorry, Anakin. You don’t get to murder, torture, and commit genocide for 20+ years to magically be good again after one nice deed. That’s bullshit. You might be redeemed in the eyes of your son, but the galaxy still sees you as a monster. And you sure as hell aren’t the good guy to your daughter.

Messy Star Wars is one of my favorite things in this franchise. Rick Famuyiwa understands how to create it. “The Believer” was a masterclass in how to write and direct complicated storytelling. 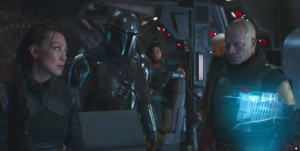 “The Believer” reminded me of the ancillary content of Star Wars. Since the Disney buy out, there have been a slew of novels, comics, audio dramas, and more that filled in the in finer details of a galaxy far, far away. The animated series has carried this weight too. The ancillary content is the in-between to focus on the grey areas where moral compasses might be lacking. It focuses on the good people swindled by propaganda or the hope for a better life. It focuses on those just trying to put food on the table. This is also the strength of Star Wars on television. We have the time and the space to really dig deep into the in-between and complicated.

And boy do we dig into some character work in “The Believer!” Last week, I was thrilled to see the return of my bad-at-life Imperial, Migs Mayfeld. I was not expecting that he would be the one who gives the existential lessons and emotional gut punches of this episode. It’s a testament to both Famuyiwa’s writing and directing along with Bill Burr’s acting.

Before diving into Din’s character like I do each week, I want to note Pedro Pascal’s superb acting this episode. He plays those helmet-less scenes with an uncomfortable nuance. Some fans have pointed out that he doesn’t use his peripheral vision while his helmet is off, because Din is not used to using it. Pedro is always great, but this episode was especially fantastic. 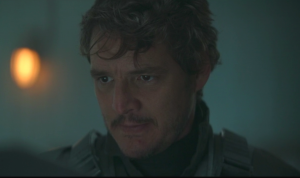 Din states that he’s nothing like Mayfeld, but the rest of the episode proves why he’s wrong. As I’ve discussed all season, every side character in the episodes represents a piece of Din. Cobb, Frog Lady, Bo-Katan, Boba Fett, Fennec, Cara, and now Mayfeld highlight an aspect of his personality, what makes him who he is, and what defines his story. Mayfeld pointed it out right away saying that Din was willing to bend his own rules when desperate.

This comes to fruition when Din must remove his helmet to get information of the terminal. The story has been chipping away at his emotional armor each episode. Losing Grogu was the final piece that fell. Grogu is Din’s line in the sand, and Moff Gideon crossed it when he took the Child. Din is now transcending above being just a Mandalorian. That now comes second to him after being a father. I believe this is the first time where everyone, even Din, acknowledges that Grogu is his kid. Before, the Child was an asset, mission, job, pet, good luck charm, and so on. In those final moments in his message to Gideon, Din made his declaration known. Gideon has his son. He is getting his child back.

To use an analogy that I’m absolutely taking from Queer Eye (Thanks, Bobby), up to this point in the show, being a Mandalorian has been Din’s entire identity. Specifically, his kind of Children of the Watch Mando. It was his entire “house.” But being a Mandalorian should only be one pillar of the house, not his entire identity. The second season is about taking down that house and rebuilding it. Now holding up the house of Din is not only being a Mandalorian but also being a father. Every episode of this season is about Din rebuilding this metaphorical house into the person he is now. All he needs is to get his son back.

Something I adore about the Star Wars animated shows, books, and comics is seeing the layers of the Empire. Some Imperials were caught up in it to provide a living for their family like Tam’s grandfather in Star Wars Resistance. Some people were forced into it like the Sumar’s in Star Wars Rebels. And then we get people like Mayfeld and Valin Hess in “The Believer” to add to the list. 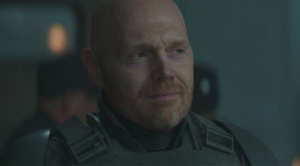 Sure, Mayfeld isn’t a great guy. He’s very much an antagonist so far in his two appearances. He’s definitely in the “scum and villainy” group of Star Wars. But in comparison to Hess, played brilliantly by Richard Brake, Mayfeld seems like a good person. Hess is the true monster in the room showing that he has no regard for his own men’s’ lives. They were objects, stepping stones in his eyes. But Mayfeld was the human being on the other side of Hess’ order for Operation: Cinder, which was truly one of the most brutal things the Empire ever did. It was the line crossed for so many Imperials like Mayfeld. It was his wake-up moment and his realization that he was another victim in the Empire and in Palpatine’s machinations.

Bill Burr acted the crap out of those scenes so well while Brake was delightfully sleazy and horrible. Mayfeld brought up Operation: Cinder as a test, probably to see if Hess regretted his actions. Of course, the Imperial didn’t. The deaths of Mayfeld’s friends and the civilians that the Empire was supposed to protect were just a means to an end for Hess. But not Mayfeld. You can see the exact moment when he breaks, and he is in the point of no return. You know the blaster shot is coming. It’s drenched in trauma, pain, and PTSD. It’s supposed to be uncomfortable to watch. It’s messy and probably one of my favorite scenes of the series.

We don’t know why Mayfeld joined the Empire. He could have volunteered willingly to go. Maybe he joined for the same reasons that Luke Skywalker wanted to go into the Imperial Academy to start a new life. We might never know. But being the victim doesn’t make Mayfeld a saint. He’s still not a good person. The point is we at least understand him just a little bit more. And he got in his one good deed wrapped up in revenge to help himself sleep at night. 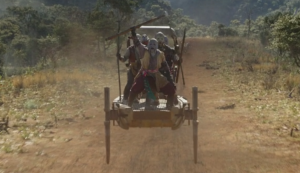 Point of view is so important for “The Believer.” This is an episode full of unreliable narrators. Take the so called “pirates” for example. Din assumes they are pirates, but look at their actions. They tried to destroy the transport with detonators. Pirates don’t destroy their profits. They charged at the base to fight the stormtroopers. Why would they run headfirst into danger like that? It’s because they’re more than likely not pirates. They’re probably locals of the planet fighting for their home. And we’re rooting for Din to beat them, because they’re in the way of saving his child. It’s now up to Din to see if he can sleep at night.

This alternative point of view framing was a wonderful way to tell the story. Because Din and Mayfeld are saved by Tie Fighter with triumphant music blaring in the background, the Imperials are framed as the heroes for a few moments. This is a rarity for live action. There are notable exceptions like Qi’ra in Solo and DJ in The Last Jedi. But this isn’t new in the ancillary materials. Part of why I loved the 2017 Thrawn novel and Lost Stars is because those books are from the Empire’s point of view. As a reader, you catch yourself rooting for characters like Thrawn, Eli Vanto, Ciena Ree, and Karyn Faro. And then you catch yourself and go, “Wait, these are the bad guys.” Seeing it in “The Believer” is a great way to introduce more of these muddle grey area concepts to a wider audience. The animated shows for sure touch on this too with characters like Agent Kallus, Minister Tua, and even on the Rebels’ side like Saw Gerrera. If this is what live action Star Wars television is going to bring with all the new shows announced this week, I am here for it.

Here are some random things to round out The Believer:

-This was my favorite of Ludwig Göransson’s scores so far in the series. The music in this episode was amazing.

-I love seeing the inside of the Slave I. I’m really not a ship person, but it’s super cool seeing how it rotated during takeoff and landing.

-I adore the little detail when Din is fighting the “pirates” that he tries to use the stormtrooper armor as a shield like normal. But then it shatters, because it’s not his beskar. He has to adjust his fighting style on the fly. It’s really great, subtle choreography.

-And I’m not over Bill Burr’s acting. It was just stellar. It really was. For someone who is known for comedy to bring that powerhouse dramatic performance, it really shows the strength of his talent.

I was truly blown away by “The Believer.” I wasn’t expecting the kind of storytelling we’ve only really seen in the ancillary materials. This makes me really excited for the future of Star Wars on television. I am always here for messy Star Wars. 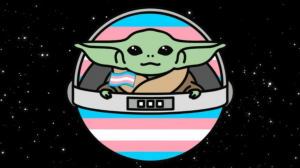