Review: Light of the Jedi 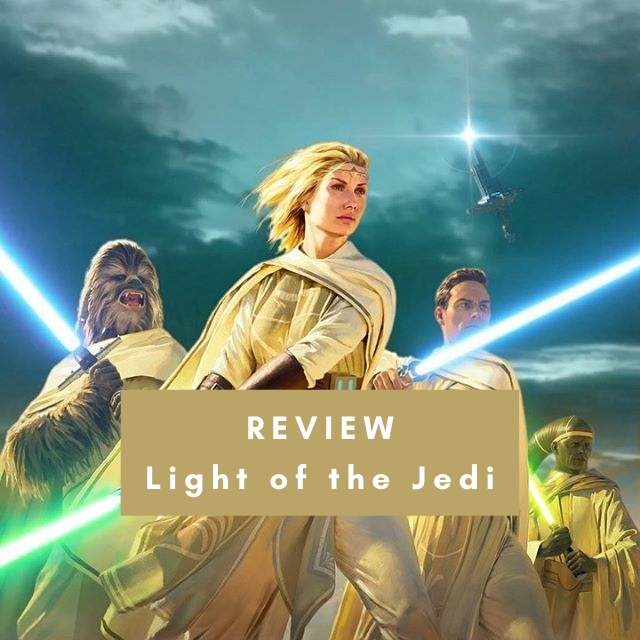 This review contains mild spoilers for Light of the Jedi

Light of the Jedi is the launch novel for the High Republic era of Star Wars. It’s set 200 years before Episode I: The Phantom Menace at the height of both the Jedi and the Republic. But when a catastrophe occurs called The Great Disaster, the Republic and Jedi face a new foe that threatens their existence.

My High Republic love continues with this book. I am a big fan of Charles Soule’s comic run of Darth Vader which I have mentioned many times on the site before. So I was eager to get my hands on this novel. I need to sit with it for some more time, but I think this has becoming one of my new favorite Star Wars books. It’s at least easily in my top five. Still, that doesn’t mean it doesn’t have its share of flaws. 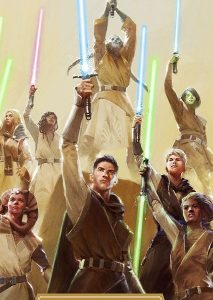 As I mentioned in my review for The High Republic #1, I’ve been aching to get new faces in Star Wars. Light of the Jedi delivers on that for sure. Sometimes to its detriment, which I’ll address in a minute. I adored getting so many alien characters in the book. I always want more blending of various species in this franchise, because that’s when it feels the most real to me. The human centric stories have always annoyed me, because we have had those stories before. I’m glad to see Light of the Jedi moving past that to an extent.

This book is also brutal, which is awesome. Every moment has real stakes. The opening third is like watching Game of Thrones not knowing who will live or die by the end of the chapter. I joked with my friend that this novel is almost the HBO version of Star Wars with its heavy casaulties and the villains doing hard drugs. All it’s missing is nudity and “sexposition” which might come in the future with some hinted possible romances. Soule does not pull any punches in this novel which is very refreshing.

The Jedi of this era are truly fascinating to me. They remind me of how Obi-Wan explained who they were to Luke in A New Hope. They’re warriors of peace, but not afraid to wield justice. Light of the Jedi does an excellent job showing why they are a symbol of hope to so many.

But the novel shows the cracks starting to form that will eventually lead to the corrupted Order we know from the Prequel Trilogy. There is some strong hubris with the High Republic Jedi. Their ships are flying pieces of art that “spoke of a thing made beautiful because it could be, with little consideration given to cost or effort” (page 31). This doesn’t sound anything like the monk like Jedi of The Phantom Menace. They’re grand, and they know it. The Force also varies among individuals, and some of those people are more than confident in how they use the Force. A couple of the Jedi reminded me of Anakin Skywalker and his confidence in Clone Wars. If we’re at the height of the Order, the only path now is down.

Light of the Jedi also brings in a new group of villains: The Nihil. Soule mixes familiar Star Wars tropes with new ideas very well in this book. On the surface, the Nihil seem like any other crime syndicate. There’s a little bit of Hondo Ohnaka from Clone Wars and Darth Maul’s Crimson Dawn. But the true force of the Nihil is the very mysterious Marchion Ro. 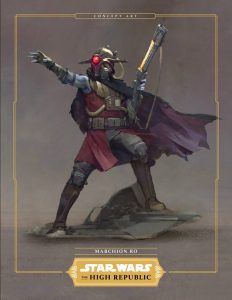 Marchion Ro introduces the idea that the Republic are colonizers. My friend Arezou summed this up nicely in her review of the novel stating, “[The Nihil] existed in their own corner of space, and in comes the Republic with their aggressive colonization masked as expansion and their space station and their Jedi and their “Great Works” trying to unite everyone. Whether everyone likes it or not.” Colonization is a topic that’s been brushed on here and there in Star Wars. While they are murderers, narratively speaking it gives the Nihil stakes in this fight too which shines a negative light on the Republic. And boy do I love messy Star Wars where the heroes do horrible things. I can only hope that this is the beginning of a much deeper dive in the effects of colonization in a galaxy far, far away.

Marchion Ro is a unique kind of villain, one we haven’t quite seen before in the new canon. He reminds me so much of Lord Momin from Soule’s Vader run. This point has been noted by some fans about how Ro could possibly have ties to Soule’s earlier works. If I know Charles and his writing, I wouldn’t be surprised if these Marchion seeds were planted years ago in the comics. He likes hiding hints and clues in plain sight that become very important later. Marchion embodies the same kind of knowledge and cunning that Momin possessed that makes them both very deadly. Patience is their best weapon.

While I am comparing him to Momin, I don’t think that Marchion is a Sith or even an acolyte of the Dark Side. My speculation is he’s something else within the realm of the Force. I can’t wait to see what that is.

I also have to give some love to the audiobook. In my opinion, this is Marc Thompson’s best work. He gives his absolute all to each and every character. You can tell that he loves his job. I don’t think I would adore Marchion as much as I do if not for Thompson’s take on him. He’s become so iconic in Star Wars fandom for giving life to so many novel characters.

I also loved the continuity with accents in Light of the Jedi to other media, again which is a strength of Thompson. For example, as Captain Bright was introduced, I remembered thinking how much he sounded like Kit Fisto. It was later revealed that Bright was a Nautolan like Fisto. The same happened with Loden’s introduction, reminding me of Cham Syndulla’s accent, both being Twi’leks. This simple continuity really helped tell the story in the audiobooks.

Gosh, the score of the audiobook is amazing. I don’t know who scored it, but I sure hope one day we get some of those tracks. The battle music was epic. Kassav’s wreckpunk theme helped set the stage for his scenes while also giving the Nihil a very counter-culture aesthetic as the colonizing Republic moved in on them. I need the music of this novel. 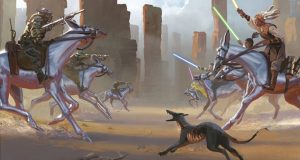 As I said, this book isn’t without its flaws the biggest being what it is trying to accomplish. Light of the Jedi is setting up a new era of storytelling. There are a ton of new characters, locations, themes, ideas, ships, and more. At times, the book feels like an exposition dump making it easy to forget who is who. Some characters were clearly given time to develop like Avar Kriss, Bell and Loden’s relationship, and Chancellor Lina Soh. The Nihil are given multiple chapters to establish why they’re a threat.

Then you have everyone else. There are a lot of cool characters that have so much potential for future stories, but that’s a bit of a flaw in itself especially in the last third of the book. There was this corporate feel to the final chapters as a handful of characters were very suddenly introduced. I was aware of some of them having read The High Republic #1 and I had started Justina Ireland’s A Test of Courage. But if I hadn’t, they would have just been some random people. This felt like Lucasfilm forced Soule’s hand a bit. It didn’t feel organic like the rest of the novel. It felt like a corporate move to make sure all the future major players got squeezed in there too.

These exposition dumps of story and character were a bit of a slog at times and easily the weakest parts of the novel. Some of the character deaths just didn’t matter to me, especially towards the end, because I didn’t have the same amount of time as I had with other characters. If Soule wasn’t such a strong writer, most of the deaths wouldn’t have had any impact because there are simply too many characters here. 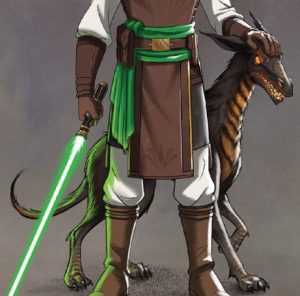 To end on a lighter point that happens to be the most important note of all, Ember the charhound is in fact the best girl. She is a very, very good doggo that we need more of. She is the star of this book. The star I tell you! She is the MVP. Give her five more books. Give her an animated series. She needs a comic series. I love that little dog. If anything bad ever happens to her, I will be devastated.

Protect Ember the charhound at all costs.

One book and a comic issue in, and I’m very impressed with the High Republic so far. It’s everything that I’ve been aching for Star Wars to do up to this point. It makes me excited for The Acolyte and more shows and animation in this era. I’m eager for whatever comes next. It can’t get here fast enough.