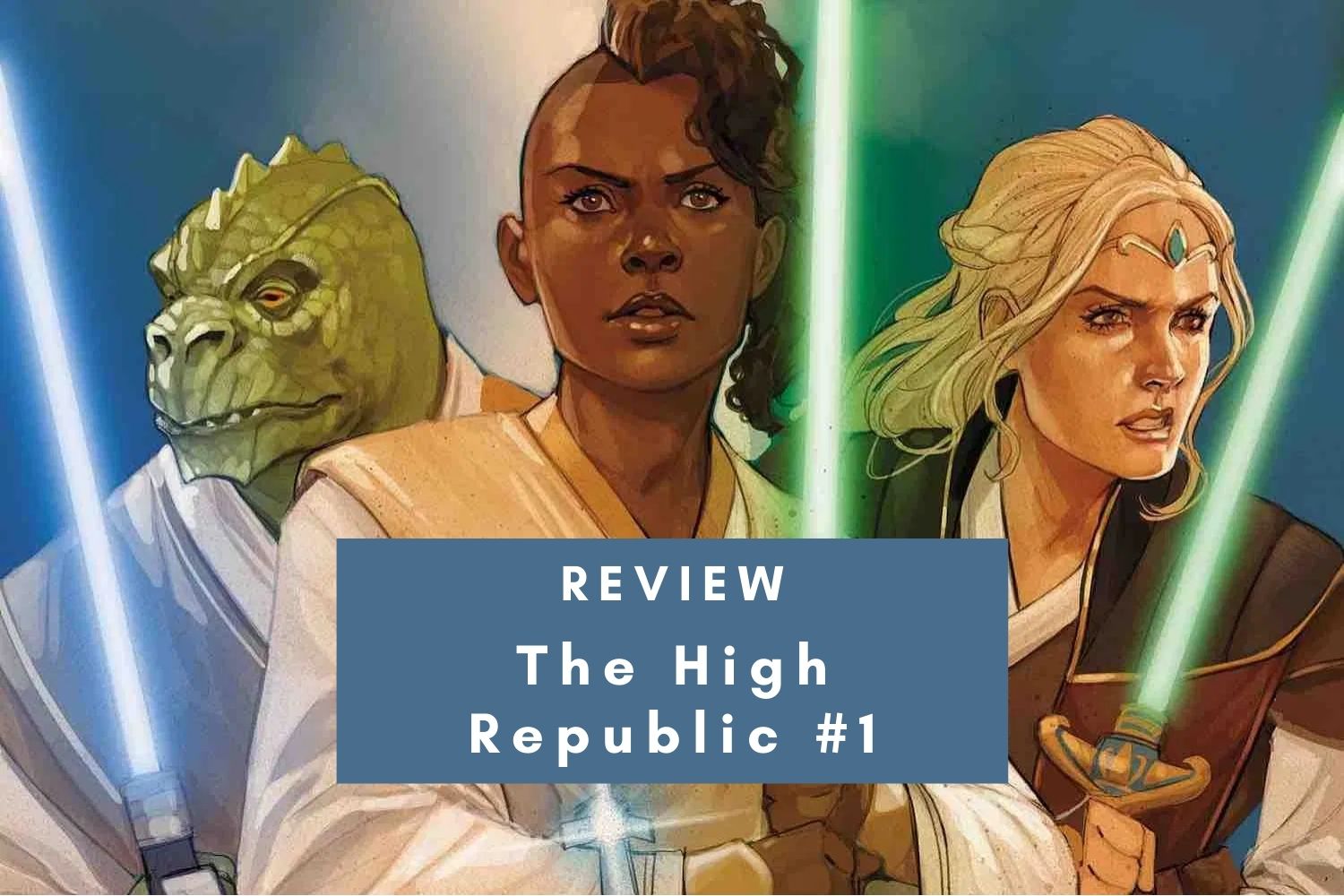 What’s great about Cavan Scott’s writing paired with Ario Anindito’s artwork is it’s both new and familiar. We’re introduced to padawan Keeve Trennis who is participating in her Jedi trials. But when a threat appears which could destroy a group of civilians, she has to choose her path. This is the kind of Jedi narrative that we’re accustomed to. Inker Mark Morales and colorist Annalisa Leoni help bring each emotional beat from Scott and Anindito’s story to life. The rich gold and white hues of the Jedi make the darker moments stand out so much more.

But where The High Republic #1 really shines is what’s not being said. I’m not going to give away specific spoilers, but there is another character in the story who is absolutely steamrolled through the first issue. It looks to be an important piece of the story going forward. Looking at this person in contrast to Keeve, who is so bright, full of life, and the embodiment of the Light Side of the Force, it makes me curious if we’re going to see the downfall of this other character. Like most comics, the first issue is just set up and doesn’t really give anything away. I doubt we will see any seeds planted here start to sprout until at least issue three, if not the end of the first story arc. But it’s an intriguing thought to keep an eye on. 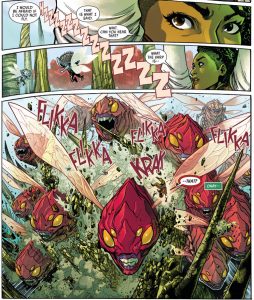 I want to give a specific nod to Ariana Maher’s work as the letterer for the issue. It might seem like something small, but letterers never get enough credit. Every sound effect, ever emphasis in bold or italics, every choice they make is what fills in the world of a comic. It’s their work that allows us to “hear” what’s on the page. Her design elements and choices with the fonts are beautiful, giving a sense of action and movement to simple letters. It’s a masterclass of the craft.

I only had a few minor quibbles about the issue, and one of them is on me as the reader. I have to wonder how good of an introduction this is to the High Republic and if the comic can stand on its own. Not every comic reader is going to go out and get the High Republic novels. At the time of writing this, I’m about halfway through Charles Soule’s novel Light of the Jedi. Going into this first issue, I was already aware of who some of the characters were. When Keeve is in awe of one of these people, I already knew why that person was important. I don’t know if that moment would resonate with someone who hadn’t read Soule’s novel. It’s difficult for me to separate the two pieces of media. I’m not sure if The High Republic #1 would have as much impact on its own without Light of the Jedi supporting it.

And on an entirely selfish note, simply because I wanted more, I wish the first issue was a double issue. It was so short for me, which is why I tend to buy trade paperbacks as opposed to singles. So, I would have happily paid $5.99 to get another 22-pages in the first issue.

The High Republic #1 was a pretty strong start to this new era in comic form. I’m excited to see where Keeve’s journey takes her. The cliffhanger of this issue has me curious about where it will possibly go next.

Shoutout to Infinite Realities Comics for helping me get the first issue. If you’re ever in Atlanta, Georgia, make sure you check out their store!