The Padawans of the High Republic And the Lost Twenty 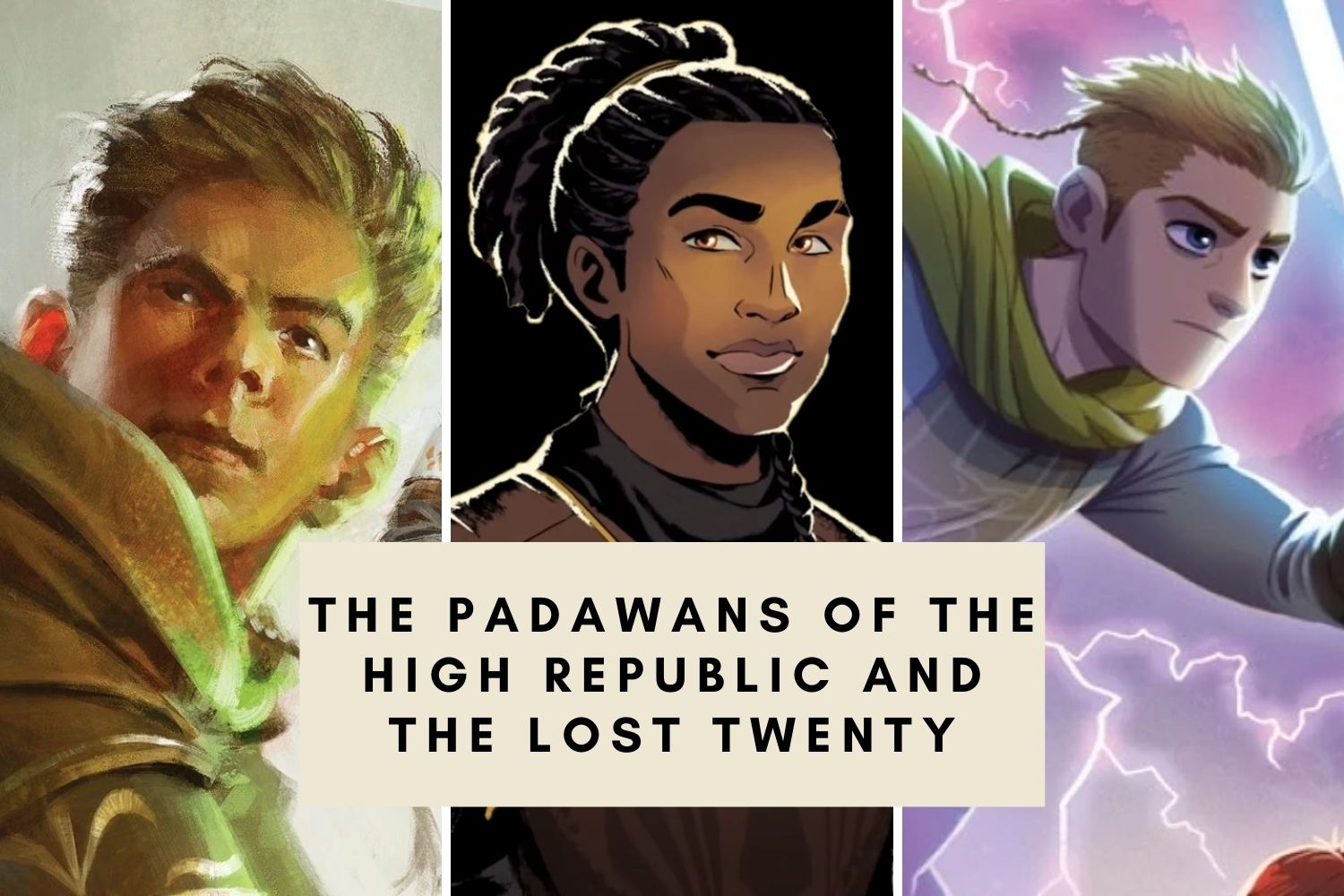 This has major spoilers for Light of the Jedi, Into the Dark, and A Test of Courage

I’ve been enjoying the High Republic novels and comics. I’m about a third of the way through A Test of Courage when I started noticing a trend that could dictate the direction of High Republic books published a few years from now.

These padawans are losing their masters a lot in these stories. As the books continue with both the Nihil and Drengir as villains, we can probably expect more Jedi to perish. Who knows what Marchion Ro will do with Loden in his custody. Marchion could get valuable information from the Jedi Master. We’ve seen the Drengir’s ability to almost destroy a fully trained Knight. The Great Disaster and the events around Light of the Jedi have caused a sizable loss of Jedi life. This is probably the most in a generation.

I’m interested in seeing how they not only continue to handle the stories in the present but also down the line as well.

Padawans like Reath Silas, Imri Cantaros, and Bell Zettifar lost their masters in one way or another. For lack of a better word, they have been “orphaned.” In a time of peace that’s crumbling apart, that’s a lot for a young person to take on. They were all close with their masters to suddenly lose them.

Now, they’re going to get new masters who did not choose them originally. A master choosing a padawan is an important step for both of them. Cohmac was hesitant at first to take on Reath. Probably as this new cast of padawans gets resorted with new masters, it will be an adjustment period for both parties.

If the High Republic is a generational story, we could see characters like Reath, Imri, and Bell as knights and masters in their own right. How will their losses affect them when it’s time for them to choose their own padawans? Will they even choose a padawan? Perhaps the pain they remember will keep them from wanting to put that on another kid. The memories could make them feel unprepared for the responsibility, like Kanan was towards Ezra in Rebels. The difference is there were no other Jedi around for Ezra. The High Republic has plenty of Jedi to shuffle padawans off to another person.

The traumas of the Great Disaster, the fallout, and battling the Nihil and Drengir could lead us to see characters in the High Republic become one of the Lost Twenty. These were Jedi Masters who left the Order throughout history. Peace is breaking apart around them. If the Jedi are at their height, the only way is down. On the surface, there are already some possible Lost Twenty candidates like Sskeer, Orla Jareni, and Cohmac Vitus who are struggling in the wake of the Great Disaster and past hardships. But these three would be really obvious choices.

Wouldn’t it be far more tragic to have a longer story showing the rise and fall of a Lost Twenty member? The High Republic is giving us a big cast of padawans to get to know, love, and get attached to. As Project Luminous moves into later phases, we’re probably going to watch these kids grow up into adults of their own. It would be horribly dramatic in the best way possible to see one of them fall from the Order. Even though the Sith are in hiding, perhaps whoever falls becomes a secret behind the scenes Sith Lord. It would be a delightfully painful story to read.

There’s a lot of story potential that I can’t wait to see how it plays out.