The Owl House Review: Echoes of the Past 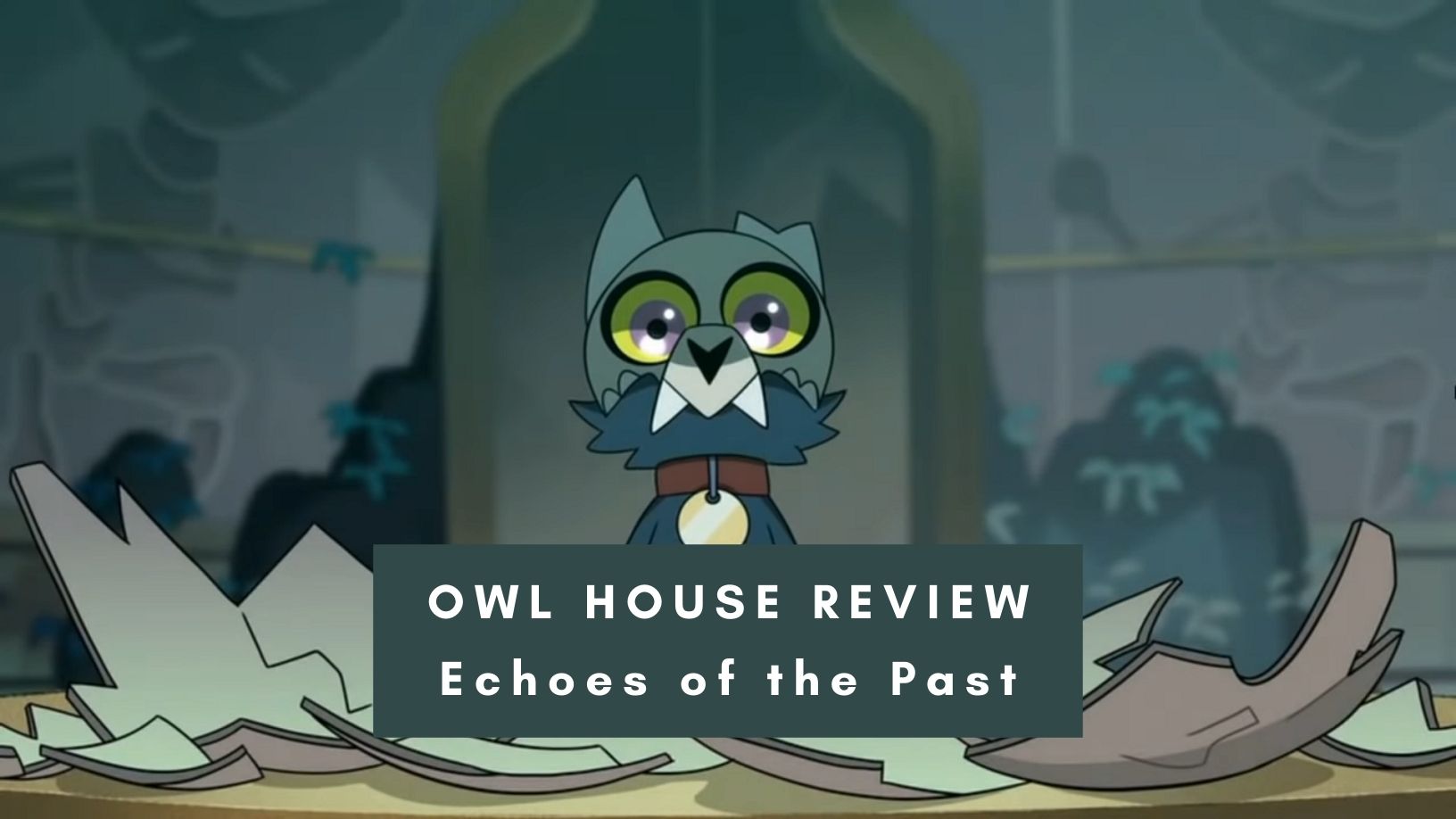 The new episode of The Owl House “Echoes of the Past” fixed one of my few big gripes about season one. I loved King as cute comedic relief with great one liners, but he really wasn’t much of a character. He was more of a Pikachu mascot than someone who was on an emotional arc and contributing to the story. All of his episodes were similar and repetitive. Which made me so happy that this week gave us huge revelations for him. 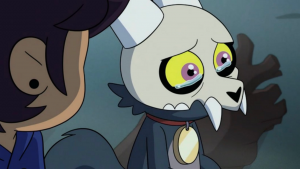 We find out that King wasn’t the King of Demons like we’ve always been told. Eda lied to him, bringing Luz in on the game. It wasn’t malicious because it made King happy. It gave him purpose. But that came crashing down when the lie was revealed. “Liar Revealed” is a common story trope. It is quite predictable plot wise. But when it is used successfully to push a character’s development forward, it can be very powerful. This was King’s story in “Echoes of the Past.”

King realized that his entire life was fabricated. How he defined himself as a person was false. What’s worse, the people who he loved being Eda, Luz, and Hooty held the truth from him. In some cases with Hooty and Lilith, they mocked him being the self-declared King of Demons. It was a painful revelation for him especially with Luz following along with the deception.

I was actually quite surprised to see Luz playing along. It would have been a great double surprise if Eda lied to both of them the entire time. Still, Luz is a teenager with good intentions. She didn’t lie out of malice but out of love. I don’t hold her too accountable for the situation.

Now that everything is out in the open, King finally has a path in the series. The emotional payoff is that he has a mysterious past as well as possible parents out there. I’m happy he finally has a journey to go on and won’t be a stagnant character anymore. 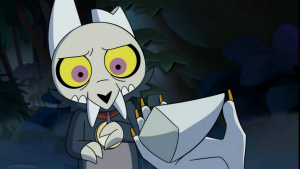 It’s also some great world building. Lilith stated that demons have never been united under a single ruler which is either true or so incredibly false as we know Lilith was raised on Emperor Belos’ propaganda (more on that in a minute). Maybe King is actually a prince and the heir to whatever throne his father left behind. Perhaps his father tried to fight back when Belos came to power fifty years prior to the series. I’ve seen a couple of fans toss out that maybe the Titan is King’s father. There are so many possibilities of where King’s story can go. I’m so happy he is finally a more fleshed out character and not just a series mascot.

It also must be noted that Alex Hirsch brought all of his talents in “Echoes of the Past.” Since he tends to voice the comedic relief characters, I often forget how well he can dive deep into emotional beats. His performance as King was a truly standout moment. It had the same emotional resonances as Stan Pines in Gravity Falls “Not What He Seems.” I sure do hope they put this episode into the mix for the Primetime Emmys or Annie Awards for voice acting. It’s much deserved.

The guardian creature was brilliant too. This show continues to edge more and more into horror without ever being too scary. I’m so happy that creator Dana Terrace gets to create her dream of bringing horror stories to the Disney Channel. 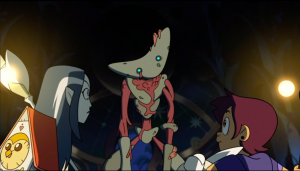 Though I have to wonder about the guardian’s head being shaped like a crescent moon. There is a student at Hexside School who doesn’t have an official name (but Dana calls her Selene) that has a similarly shaped head. While the guardian is a demon and Selene is a person, I can’t help to wonder if there is a connection. Selene is one of my favorite character designs in the series, so I would love to see more with her in general.

The handling of information and propaganda in The Owl House is truly a masterclass. I get chills each time Lilith realizes how little she truly knows about the world. She’s supposed to be a great scholar, but she keeps finding out how much Belos lies to his subjects. “Echoes of the Past” adds more that the history she learned could be completely wrong. We know Lilith, along with characters like Amity and Willow, were raised to think Belos’ doctrine was the only truth. Lilith continues to discover what’s fake and what’s real. 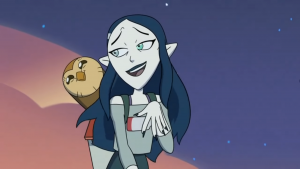 It also feels so timely to what’s going on today too. For example, there are discussions about whether or not Critical Race Theory should be taught in schools. The realization that major events such as Tulsa Race Massacre and Wilmington Insurrection of 1898 have been chosen by those in power to not be taught in schools is chilling. Animation is a fantastic medium to not only introduce but also normalize to a young audience the dangers of hiding history and why propaganda is terrifying. The Owl House feels so important every week in its overall narrative.

I also love seeing Luz and Lilith on a mission together. In the penultimate episode of season one, Lilith almost murders Luz to pull Eda out of hiding. That’s a big swing to come back from. I’m happy to see that the first three episodes have been very Lilith focused to get that ball rolling on redemption. It also highlights Luz as a protagonist, focusing on a theme of the series which is love and forgiveness. Luz has such a great dynamic with Lilith that’s so different from Eda. I’m really enjoying their budding relationship.

Some random thoughts to round out Echoes of the Past: 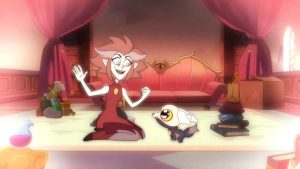 -WHO GAVE THEM THE RIGHT TO MAKE BABY KING SO FREAKING ADORABLE?

-The process of making Hooty portable is hilarious. The horror on the characters’ faces was a major highlight of a comedic bit!

-Speaking of Hooty, his continued friendship with Lilith is fantastic. But I’m starting to worry with so much focus on the two of them. I feel like some tragedy is being set up.

-I really miss Owlbert! He’s the only ensemble member we haven’t seen yet in season two outside of his staff form. I want to see our cute little owl buddy!

-Brad Breeck’s score continues to be amazing. I’m glad that he’s been putting the episode scores up on YouTube for people to listen to. This week was another stellar entry.

“Echoes of the Past” gave me something I’ve wanted since the series started which was making King a full fledge character. This episode was fantastic. Now the mystery of who his parents were, where are they, and how do they relate to the world thickens the plot as we continue through season two.