The Owl House Review: Through the Looking Glass Ruins 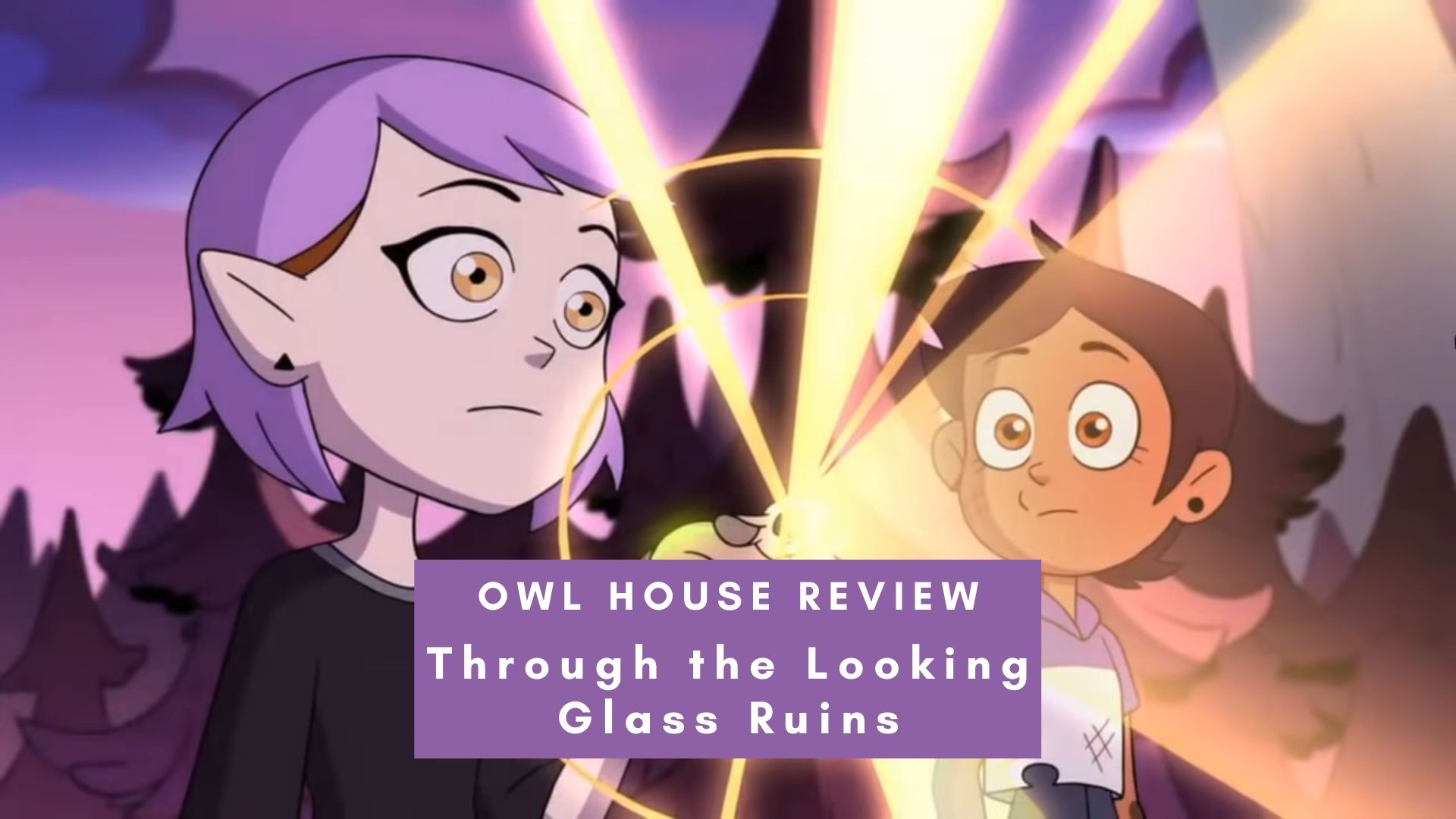 I really loved both of the stories of “Through the Looking Glass Ruins.” There was a major Lumity development. Gus was forced to assess an old antagonist while learning the limits of his abilities and morality. The A-plot and the B-plot were amazing! The problem is, as good as they were, they got in each other’s way and stole each other’s thunder.

Let’s take a look at “Through the Looking Glass Ruins.” 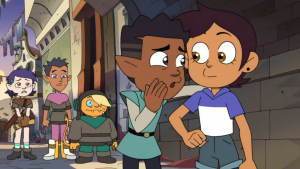 Among the main cast, Gus and King always felt like the least developed characters to me. They both had episodes focused on them in season one, but they weren’t really deep character studies like the rest of the cast received. King got his due a few episodes back. I’m glad Gus finally got a deep-diving episode as well.

Gus is the youngest main character, having skipped two school grades. It would make sense he’s nervous about fitting in and his abilities. He’s an illusionist who works hard at his skills. We’ve seen him use his abilities from laid-back settings like hosting Grom and to furthering the plot like sneaking into the Emperor’s Coven. We know he’s skilled despite his own anxiety about his magic.

What was so interesting about “Through the Looking Glass Ruins” was seeing how others viewed Gus’s abilities, calling them nothing more than party tricks. Illusionists might not have the powerhouse moves like Abomination creators or the Construction Coven, but they do have their own worth in the world. I loved seeing Gus learning to fight back with his own magic, handling Bria and her gang in a pacifist way while doing what was best for him. He didn’t need to overpower them. He just needed to be his creative self and outsmart them. 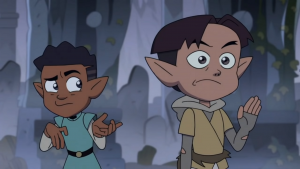 I also enjoyed Mattholomule on this journey too. Matty has been Gus’ rival since last season, parts of their journey foiling Amity and Luz’s story. Like how they handled Amity, we get a bit of an explanation of why Matty’s a bully. It’s certainly not as deep as Amity’s story, but I enjoyed seeing it. Mattholomule got some needed depth.

It was fantastic watching Gus and Mattholomule come together to face a common antagonist. They both had a reason to stand up to Bria. It’s great writing that not everything is worked out between the two of them. Gus and Matty are not ready to put their past behind them. At least they’re open to change. “Through the Looking Glass Ruins” gave a good message for a younger audience that we don’t always have to like people but we can respect and work together with them.

I really liked Bria as the antagonist of this episode while also seeing how Glandus High differs from Hexside School. She’s delightfully manipulative, turning the power of friendship tropes on its head. We think she’s another nice supportive character, acting a lot like Luz or Willow in ways. You think she and her crew are like Viney, Jerbo, and Barcus from season one, but you quickly realize they’re a threat. The cracks start to come out like when she passive-aggressively threatens her friend before cheering, “I believe in you!” Heck, these little jerks are down for grave robbing! They deserved what was coming to them! Glandus High creates a bully atmosphere, so I could see a lot of their students going on to work for the Emperor. This sets up a great rift between the various magic schools where Hexside does what’s best for its students, not what’s best for the Emperor and his tyranny which is more Glandus’ style.

I really loved Gus’ story in “Through the Looking Glass Ruins.” It’s a great development for his character that got him caught up with the rest of the cast. 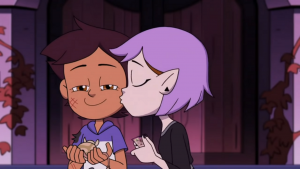 Lumity took a huge step this week with Amity finally getting the nerve up to kiss Luz on the cheek. They had tearful confessions that they both have changed because of the other. Plus, all the disaster lesbian and chaos bisexual blushing were on point for Molly Ostertag and Dana Terrace. Molly brought her A-Game queer writing while Dana mixed in the horror elements in “Through the Looking Glass Ruins.” They continue to be a fantastic writing team.

Amity dying her hair is significant as it’s common for many queer people to color their hair. It’s a subtle form of rebellion that allows people to be out when they can’t always officially be out. This shorthand is commonly used in queer media too. It was also a huge character moment. Amity’s hair has been green the entire show because of her mother’s need to dye it. It was a sign of conformity in her family. Choosing the color purple which symbolizes pride and independence, Amity broke more away from her parents dictating how she looks. It’s another big move in her ongoing journey.

I really loved the Blight Twins this week, especially Emira. One big thing I’ve wanted them to do is to start separating the twins as individuals, and “Through the Looking Glass Ruins” gave me some of that. It was such a nice moment having Amity sit with her older sister as they discussed her feelings about Luz. Emira is clearly proud that Amity is taking these steps towards happiness, helping Amity realize it’s not something to be ashamed of. The relationships between siblings can be such an important one. I have four sisters and five brothers/brothers-in-law so I definitely know! But there is something extra special about a sisterly bond. I’m glad we had that moment with Emira and Amity. It was a fantastic scene that I want more of. 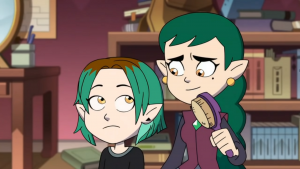 But I have to address my biggest gripe of “Through the Looking Glass Ruins.” These really needed to be two separate episodes. Both the A-Plot with Gus and the B-Plot with Lumity got in each other’s ways. What should be a huge character episode for Gus is completely being eclipsed by the Lumity content. Because Gus’ story had to have so much time, the Lumity story felt rushed and used a lot of visual shorthand to tell it. Emira’s conversation with Amity could have been something deep and emotional, but while nice, it was so quick. We could have seen Luz fighting to get Amity’s job back. It would have given Luz time to realize that she truly liked Amity and why she did.

This episode had so much telling not showing scenes which made a lot of the character moments feel cheapened. Take the cold opening for example. If this was fully Gus’ episode, we wouldn’t have to use Luz as a messy exposition drop in the first twenty seconds. We could have that scene play out in Act I, and then use the final two acts to tell Gus’ story from this episode. Mattholomule’s change of heart could have been more nuanced too. He dropped a full season’s worth of animosity towards Gus in seconds for them to best Bria.

This crew is usually so good at balancing these stories. This time, though, the execution was really off. 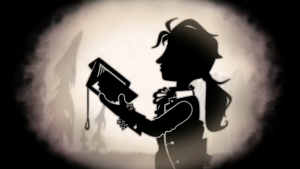 I actually don’t have much to say about the new Phillip Wittebane information, because there’s not much to say. They pretty much named him, got his diary, and confirmed he came to the Boiling Isles in the 1600’s. We really didn’t get much more than that. I still stand by what I theorized last week that he’s either Emperor Belos or Belos’ ancestor. I bet the reason why Belos consumes palismans is probably to elongate his life or gain power. Though that feels a bit too simple, so I hope there is a twist in the story at some point. Plus, Creepy Luz is out there too. She has to have some kind of tie to all of this.

I did enjoy the Echo Mouse’s memories playing as a shadow puppet play. Shadow puppets are cool as hell and have a long history dating back to 200 BC. They also were the early inspiration for the development of cinema. I loved that style choice. Maybe because it’s been recently on my mind, but the new upcoming horror movie Candyman also used a shadow puppet play in its original teaser trailer. That trailer was released in 2020 when this season was being developed in lockdown. I have to wonder if Dana, with her love of horror movies, took some inspiration from it.

While there were so many great developments in “Through the Looking Glass Ruins,” I’m a bit bummed by the execution of it. Gus should have a stellar standout character episode like King had earlier in the season. Sadly, his episode was shared with huge Lumity developments when it needed to be his day. Here’s hoping he gets a big moment all to himself later in the season.